"Our races are run on a shoestring"...
by Elaine Curtin

That petition has now has over 16,000 signatures after just a few days.

Road.cc asked Emma Pooley how she and her co-petitioners saw a women’s Tour working if it ran alongside the men’s race.

“We have given a lot of thought as to how a women's TdF alongside the men's race might work,” Pooley said in an email, “though at the moment the main point is just to get the message out to cycling supporters and spectators, and to show that the demand for such a race is there from that side. The details would have to be discussed and finalised later.”

The big question is, where does the money come from? The Tour de France is a business and makes most of its money from sponsors, start and finish towns and VIP spectator packages. To fund a women’s race, more money is going to to have to come from somewhere, either the existing sponsors, or new supporters. But Pooley points out that compared to men’s racing, women’s racing is cheap. The prize money for the overall winner of the Giro Rosa, the biggest women’s race, is just 460 Euros.

“If it's to be the same race then it would have to have the same main sponsors, because the same podium should be used every day either immediately before or immediately after the men,” said Pooley. 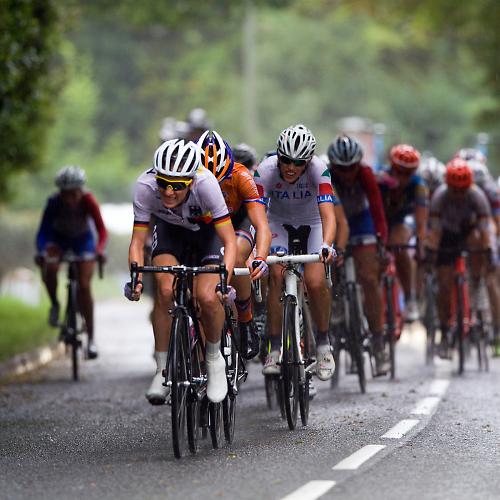 The 2012 Olympic road race showed millions that a women's race could be hard-fought and exciting.

“If additional sponsorship were needed to fund the extra costs of the women's race, I think separate jersey sponsors could be recruited. Crucially though, the women's race would also have to be filmed and some of the footage shown live on TV, so that the sponsors get a return for their investment.

“I expect the Tour may claim to be cash-strapped and to need every Euro centime they can get from every sponsor, just for the men's race. But from the perspective of women's cycling, that's simply not true. There's plenty of money there compared to our races, which are run on a shoestring!”

Running the races together

The daily organisation of an extra race would be a big challenge, and there have been suggestions that the women’s stage could be run the day before or after the men’s. That would allow the women’s Tour to take advantage of the men’s race’s local publicity, but it would need an entire extra set of infrastructure. But Pooley says that’s not the idea at all.

“The key request (and, I believe, requirement for a women's event to be successful) from our side is that the men's and women's stages are all run on the same roads, on the same day and with the same stage finish,” she said. “That is the point about benefiting from the spectators and media that are there to watch the men's race anyway, and it also provides extra cycling viewing and entertainment for those spectators.”

Pooley says that while this would have its own logistical challenges, they would be minor compared to the logistics of the Tour as a whole, and add an extra aspect to a race that flashes by in seconds.

“It also saves some some hassle by avoiding closing the roads for another day. The spectators are there to watch a bike race, why not give them two to watch? And since the whole Tour is already a huge logistical challenge, I don't believe that adding another race early before the men would be impossible or detract at all from the Tour - in fact, it would add to it.” 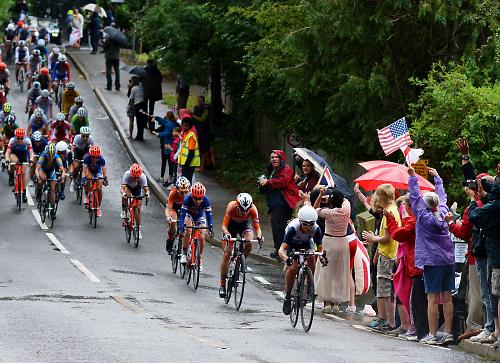 No need for much extra media

Another issue that’s been raised is that of media and especially TV coverage. Again, Pooley sees this as a bonus of running the two races at the same time, rather than an obstacle.

“The extra media commitment would amount to an extra mobile film crew to show the actual action from our race. The whole of the world's cycling media is there, writing stories about the tiniest little snippets of information they can dig up. They must have time to cover a women's race!

“And one of the reasons our races don't recieve much media coverage at the moment is that it's too expensive to send journalists out to women-only races, especially for the media outlets that focus on women's racing. Eg our Giro Rosa / Giro Donne gets great coverage in Italy, but most international cycling media are busy at the Tour and can't send someone to cover the biggest race of our calendar.”

Pooley’s also not asking for female riders to stay in posh hotels (which is a good job as male riders don’t exactly stay at the local Ritz either). According to one source, the race books 1,200 hotel rooms for staff, teams and media. Pooley acknowledged the pressure the race puts on accommodation in host towns, but suggested an alternative for the women’s Tour.

“As to the hotel logistics question: I think this is being exaggerated. At our races we often have 3+ hour transfers after stages. I'm sure this could be resolved. And if they needed to hold a women's race on the cheap for the first year or two, the organisers could try sending teams to stay with host families (as happens in the US for women's teams) or even sponsorship by a camper-van firm! Honestly, I know the men complain about the quality of their accommodation at the Tour but I'm sure I've seen much worse at women's races.”

Ultimately, Pooley wants the demand for a women’s race to come from the sponsors, fuelled by the spectator support reflected in her petition.

“Ideally the pressure for a women's race would also come from the race sponsors: hence the petition of cycling fans and spectators of all kinds, not just female cyclists,” said Pooley. “If sponsors realise that there is a viewing public out there who want to watch the women race too, they'll push the Tour to put it on.

“In an ideal world, a women's race would be held purely for equality, but I realise that the world is not ideal, and that commercial pressures are the only ones that are really effective in professional sport.”