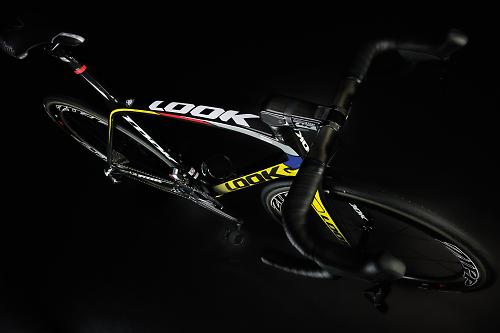 Aerodynamics are increasingly informing road bike design, and just about every manufacturer has released an aero road bike in the last couple of years. There’s clearly plenty of demand in the peloton from the fast guys, who will take any small gains in the pursuit of victory, and a bike with lower drag equals free speed and less energy consumption for the rider. It’s also because manufacturers have no problems getting down to, and frequently below, the UCI’s 6.8kg weight limit, which does seem a bit out of touch these days. Look claim this new 695, despite the aero features, weighs less than 6.8kg, which is impressive. 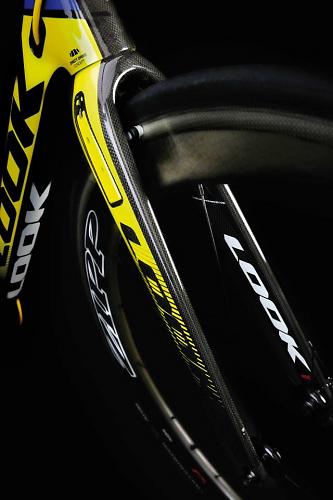 Integration of brakes is a common trend on aero road bikes, and here Look have clearly been taking a look at Ridley’s F-Brake technology. They’ve gone a step further though, and the front brake is housed within the centre of the carbon fork. We’ve something similar on Trek’s Speed Concept TT bike in the past, but this goes a step further. The cable is internally routed in the stem and passes through the steerer tube, so it’s completely hidden away inside the frame.  The new HSC 7 aero fork is a one-piece carbon assembly and weighs just 320g. There’s a more conventional TRP V-brake hidden behind the bottom bracket, mounted to the chainstays. This allows the seatstays to be shaped and profiled for maximum aero performance. Look claim they’re 20% more powerful than regular calipers. 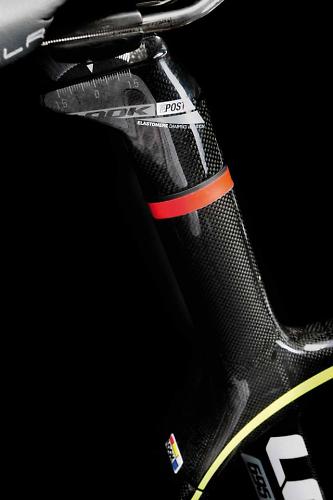 The integrated E-Post seatmast carries over from the previous 695, with their own seat clamp. The top section of the post is isolate from the main shaft of the seatpost with an elastomer (the red band) and this provides some absorption of road shocks and vibrations. There’s three elastomers that let the rider choose how firm or soft they want the seatpost. They’ve housed the battery for the Shimano Di2 battery inside the seatpost. Look have developed an Aero version of their unique C-Stem, which allows for independent adjustment of the stem without having to preload the headset bearings every time you make a change. The angle can be adjusted between - 13° and + 17°. It weighs just 160g, some 20g lighter than their current C-Stem found on other models. By replacing the traditional faceplate with a clamp, removing the typical arrangement of four bolts, which they claim is more aerodynamic. It’s not just aerodynamics that have been important to the development of the new 695, they’ve also advanced the carbon fibre layup, using a new thinner 1.5k carbon weave to shed some weight. 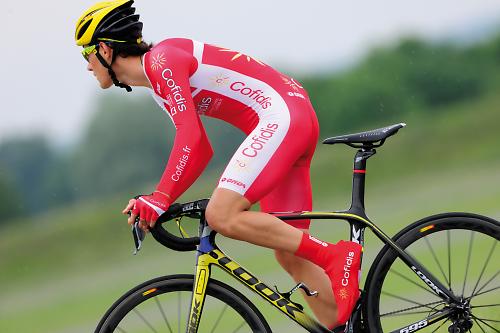 The team will also be using Look’s own ZED crankset. It’s a one-piece design, they first released it back in 2008 and is a unique design that was five years in development. The key innovation is the one-piece assembly (though BMX bikes have used one-piece cranks for years) which dramatically reduces weight and increases stiffness. It’s fully made from carbon fibre with bearings co-moulded into the axle.

We’ll have more details on the new bike soon. It will be riden by Team Cofidis so look out for them on the bike this weekend.

See some of the other aero road bikes in our 12 of the Fastest Aero Road Bikes guide.