Belgian manufacturer Ridley painted a Noah Fast especially for André Greipel, making reference to his 'Gorilla' nickname with a depiction of one along the head tube, along with a nod to his German national champion title, won just before the start of the Tour de France.

It’s not the first time Ridley have gifted Greipel a custom painted bike, there’s the one they painted up for the London 2012 Olympics. This Tour de France special clearly follows similar styling cues with a Gorilla head splashed across the head tube area. There’s also the German flag colours - yellow, red and black - painted across the top tube and down tube, atop a mostly white frame. Looks rather nice. Should be an easy one to spot in the peloton too, if you don’t see Greipel coming at you first. 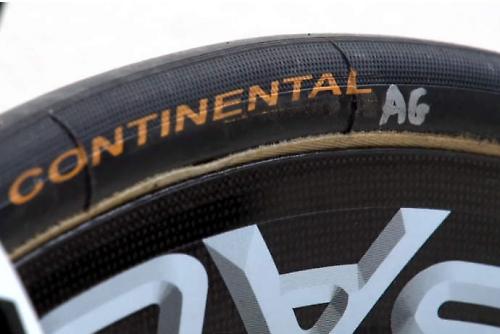 It's quite common for the team mechanics to mark the wheels and tyres with the initials of the rider, so the wheels are put back on the correct bike when they're washing and servicing them. Individual riders might have different wheel setups, from the cassette they're using to tyre pressure, so it's important they reunite the correct wheels with the correct rider after any change. 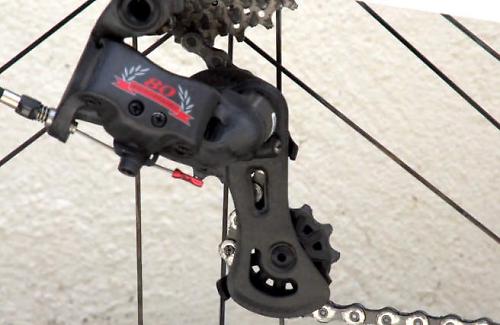 We've spotted Campagnolo's 80th anniversary Super Record groupset on several bikes in the peloton (including on this Colnago), so Greipel is surely a lucky chap to get his hands on the exclusive groupset. It's only available in mechanical, the 'Gorilla', we can assume, prefers the feel of mechanical over electronic. André Greipel is 1.83m (6ft) tall but despite that he rides a size small. When I tested the Noah Fast  I rode a size medium and I'm 5ft 11in - proof that Greipel likes a very compact frame and gets the correct reach with a 13cm stem. He's using Deda's 35 bars and stem, which uses a 35mm centre diameter to make for a stiffer bar without a weight penalty. There are no spacers between frame and stem. The saddle is a San Marco Regale. 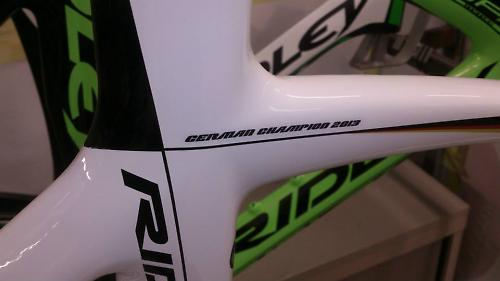 There's been a handful of custom painted bikes in the Tour, including Peter Sagan's 'Hulk' bike and Mark Cavendish's green tinted Venge.