A look at the bikes, wheel and gearing choices as riders faced the first high mountain stage of the Giro
by Owen Rogers

With Stage 14 of this year’s Giro d’Italia being the ﬁrst to send the peloton into the Alps, ﬁnishing on the brutal climb to the summit of the Jaffrau, some of the riders resorted to different equipment to help tackle the 14% gradients and freezing weather which was forecast and materialised. The Lotto Belisol team were all riding the Ridley Helium frame, as opposed to the Noah FAST, all equipped with Campagnolo wheels and Record EPS groupset. For this stage every rider was running 11/29 cassettes and 53/39 chainrings. Not all were using the Ridley branded SRM power meter cranks. 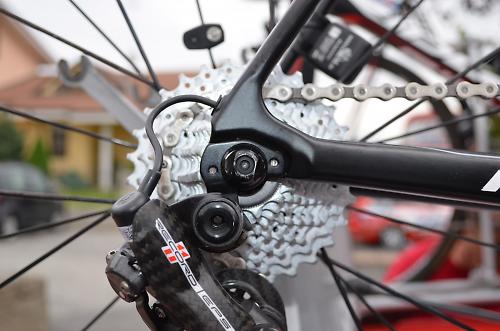 Only Brian Bulgac and Frederik Willems were on deep section Bora wheels, perhaps hinting to their role in the early part of the race, the rest of the team chose the lower proﬁle Hyperion rims. The Bora’s aerodynamic properties have less effect when tackling steep gradients. 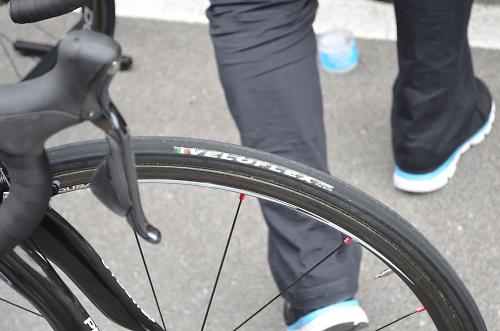 Team Sky’s Shimano wheels are clad with Veloﬂex Carbon tubulars, with a new set for Uran. As with Lotto, two of the bikes, belonging to Zandio and Siutsou, were rolling on deeper section C35 wheels. Over at Garmin-Sharp the entire team were running Mavic’s Cosmic Carbone 50mm wheels on their various Cervelo frames. Those frames varied from Tom Danielson and Christian Vandevelde’s RCAs to David Millar’s S5, unusual for such a stage, though still no heavier than the 6.8kg minimum weight restriction. The rest of the team were on R5s. All of the American team started the stage using a 12/29 cassette with 53/39 chainrings, the only exception to this being Millar, who habitually uses a 36 tooth inner ring. Again proving a rule, Alex Dowsett was one of the two Movistar riders to ride deep section wheels, this time Campagnolo Boras. 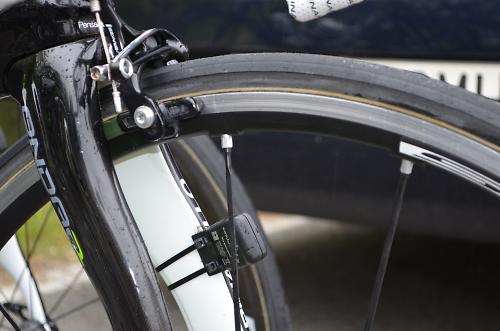 Though notably Juan Jose Cobo was the only rider we saw on alloy rims.