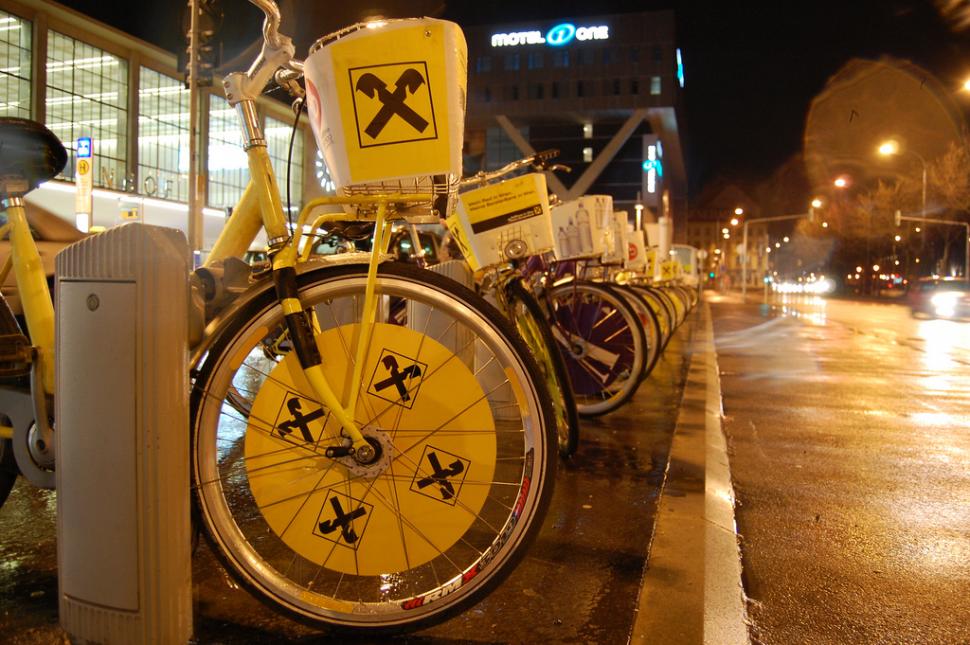 New traffic regulations that took effect in Austria last Sunday include one making it illegal for cyclists to use a handheld mobile phone while riding, with lawbreakers liable to a fine of €50. As with rules applicable to drivers of motor vehicles, bike riders will however be allowed to use a phone via a hands-free kit, reports the English language website, Austrian Times.

Other new measures incorporated into Austria’s road traffic regulations include one that authorises the creation of mixed zones – similar, from the sound of it, to the ‘naked streets’ concept pioneered in the Netherlands and adopted, for example, in London’s Exhibition Road – where motor vehicles, cyclists and pedestrians all share the space.

The law states that in such zones, the maximum speed is 20 kilometres an hour or in exceptional cases, and where there is no traffic risk, 30 kilometres an hour. At all times the most vulnerable road users has priority – so pedestrians take precedence over cyclists, who are given right of way over motor vehicles.

The Ministry of Transport believes that introducing those zones will reduce conflict and enhance road safety.

Where a separate cycle lane or path is provided, cyclists will no longer be required to keep to it and where it is safe to do so and does not disrupt the flow of traffic, they are now permitted to use the road instead if they wish.

According to the ministerial press release in December announcing the changes, that is aimed at reducing the danger caused by overcrowding bike paths.

The other significant change is authorising highways authorities to create what are called “bicycle roads” – roads, or sections of roads, open to cyclists and pedestrians only, that may only be used by motor vehicles for picking up or setting down.

Traffic minister Doris Bures said the various regulations had been recommended by an expert committee on cycling that she convened in 2009 and which included representatives of academic institutions, national and local government and cycling advocacy groups, among others.

She added that the new regulations were aimed at improving road safety, that they came against the background of a big rise in cycling in the country, with a 40 per cent increase in cycling’s share of journeys from 2007 and 2011, and that there are now 7 million bikes now in the country.

The changes come into effect a little over two months before Vienna hosts the 2013 Velo-City conference in June.