This unusual-looking seatpost is German company Canyon’s VCLS Post 2.0, the VCLS standing for Vertical Comfort Lateral Stiffness. That’s quite a big clue to the idea behind this seatpost. It’s intended to flex and take the sting out of harsh roads, cobbles, potholes and generally poor surfaces.

There’s a growing interest in designing frames and forks that are designed to flex in the right places to offer a comfortable ride, but we haven’t seen many aftermarket components like this - not in a while, anyway. Yes we’ve had suspension seatposts, and even suspension forks in the past (remember that Bianchi at Paris-Roubaix yonks ago?), but few products as elegantly simple as Canyon’s post. 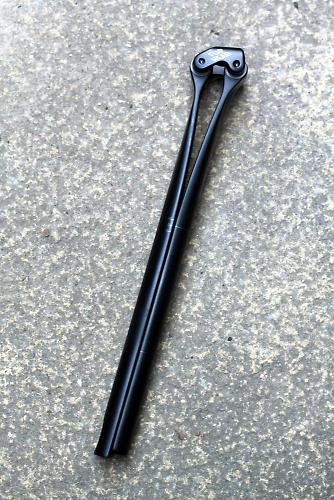 With so much interest in improving comfort, we can see a product like Canyon's post doing very well. It's a pretty clever bit of kit. The post is split into two halves, or two flat springs, which operate parallel to one another. Hit a hole or cobble and the post can move by as much as 25mm. The Flip Head ensures the saddle stays horizontal. It's as simple as that really. There's nothing that requires maintenance. 25mm is a lot more movement than you'd get from simply fitting a fatter tyre. Whether it makes your ride appreciably more comfortable than the fat tyre option is something I'll be trying to find out when I test it. Of course you may already be running 25 or 28mm tyres and still want more cush. 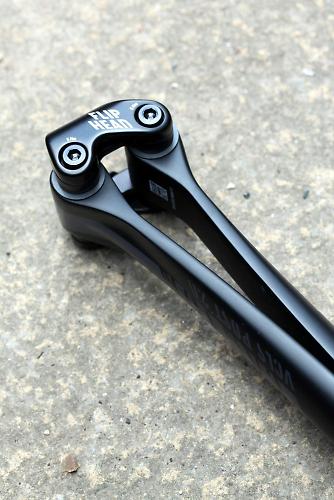 There's a bolt at the base of the post to adjust the angle of the saddle and get it level, and there’s a guide printed halfway up the post to help with setting it up. This is a 27.2mm diameter and 300mm length post and it weighs 229g on the road.cc scales of truth. A clear limitation of the design is the lack of setback; it’s very much an inline setup. That's clearly not a problem if you're already running an inline post. 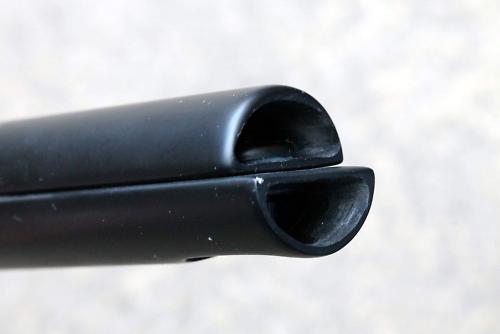 Mat rode the post, albeit briefly, at Eurobike last year. Here’s what he had to say on it: “If you direct the bike over manhole covers, drains and the like – purely in the name of research, of course – there’s just a little bit of movement to soften the blow. It’s not a gimmick – it actually works. If you’re worried that the post might flex from normal pedalling, don’t. I didn’t feel anything like that.” 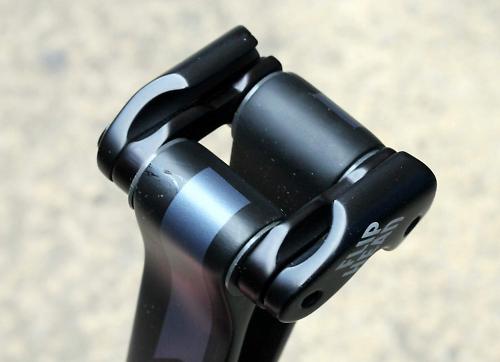 I’m going to be testing it over a longer period of time and will really put it through its paces. It’ll be fascinating to see how well it works, especially on some of the Surrey roads - they’re in a right old state. I'll also take it over to Belgium and point it in the direction of some cobbles and I'll let you know how my bum gets on... So to speak. 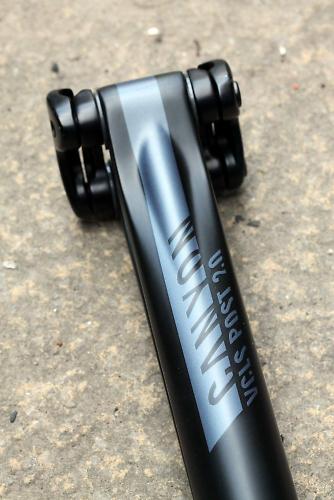 Sometimes a video is better than words, and handily Canyon have produced this video showcasing the post and its unique design.

There is the issue of mixing your brands up if you plan to run it on a different bike. But I’m far more interested in the performance of the seatpost. Will it produce a more comfortable ride than my current seatpost? That’s the question I’ll be looking to answer.