We ride Zipp's new aluminium clincher, plus details of the new 60
by Mat Brett

Zipp’s new 30 aluminium clincher features many of the US brand’s key aero features and brings them to a lower price point than ever before. In many ways it's a more affordable version of the existing 101.

We first told you about the 30s in January, but earlier this week we got the chance to head to Vence, just up the road from Nice, France, to try them out (I know, tough gig). “The 30 is not a cheap wheel but it does allow Zipp to play in a market sector that we’ve not previously played in,” said Zipp’s John Balmer. “We’ve taken the technology that we have driven over the past few years and brought it down to a price point that more people can afford and benefit from.”

The key thing that Zipp are keen to emphasise is that the 30 performs highly across a broad range of characteristics.

“With the 30 we wanted balance,” says John Balmer. “With any new product we have to look at where we are going to focus – whether we’re going to focus primarily on the aerodynamics, the durability, the value... We want to consider all of those but there are always priorities. 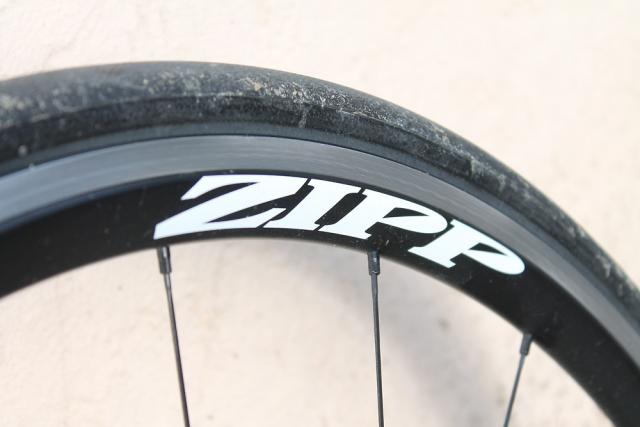 “We wanted this wheel to achieve a high level of all those characteristics. It didn’t necessarily need to excel on any one but it would bring an entire package to the game, and what we wind up with is a very balanced wheel.

“It’s comfortable, it’s durable, it provides excellent aerodynamics, it’s very stable in crosswinds. It’s really good across the board rather than crush any one element.”

Zipp have given the 30 a hybrid toroidal rim shape – with curved walls that flare out slightly beyond the brake track – of the kind that they’ve been pioneering for a decade. At 21.5mm, the rim isn’t as wide as you’ll find on other Zipp wheels, although it’s still fairly wide taking the market as a whole. Zipp reckon the broad tyre bed leads to enhanced cornering grip, lowered rolling resistance and increased comfort. The rim depth, as the name suggests, is 30mm. The 7075-T6 aluminium hubs are new, coming with stainless steel bearings in a self-lubricating polymer chamber and a design that requires no preload adjustment, so there’s no chance of getting it wrong.

The wheels are built up with Sapim CX Ray spokes – 18 radially laced at the front with 20 at the rear: radial on the drive side, and 2-cross on the non-drive side. The rear hub is available in SRAM/Shimano and Campag versions and it’s both 10 and 11-speed compatible. Zipp give a front wheel weight of 765g and 890g for the rear – a total of 1,655g. That’s not as light as many other wheels out there, but Zipp say the 30s outperform lots of deeper section wheels in terms of aerodynamics. For example, according to their figures, the 30s have less drag than Easton’s EC90 Aero 56mm wheels at all angles of yaw (effective wind or, in aerodynamicists’ speak “angle of attack”).

Zipp’s figures also say that the 30s have much less drag than popular wheels of similar depth. At a yaw angle of 10°, for example, Zipp claim that the 30s with Continental Grand Prix 4000 tyres fitted have below 180g of drag whereas Mavic’s Ksyrium SSC ES wheels with PowerGrip tyres have well over 250g.

So, how come Zipp can offer the 30s so much cheaper than the 101s which are also aluminium and 30mm deep?

“The 101 is a great wheel but because of the non-parallel brake tracks, it’s an expensive rim to make,” says John Balmer. “It’s expensive to fixture and machine those brake tracks because it’s not a flat surface, and the hub that goes into the 101 is expensive. “We wanted to take as many of the attributes as we could from the 101 and bring them to a price point that’s much more affordable. That also allows us to talk to bike manufacturers about specification as original equipment.”

In other words, Zipp are hoping to get the 30s included on complete bikes as they leave the factory, not just going for the upgrade market.

We got to ride the 30s on a couple of rides earlier this week and they certainly felt impressive. One of our rides was along the Côte d'Azur (the things we do for you road.cc readers) where the steering was virtually unaffected by the super-windy conditions. The wheels felt very stable despite some big gusts and roads that meandered lots along the coastline, changing the effective wind position.

We also hit some pretty big hills and the wheels felt way more lively than you might expect of a 1,655g setup. It’s hard to tell on unfamiliar roads but initial impressions are that they’re quick. 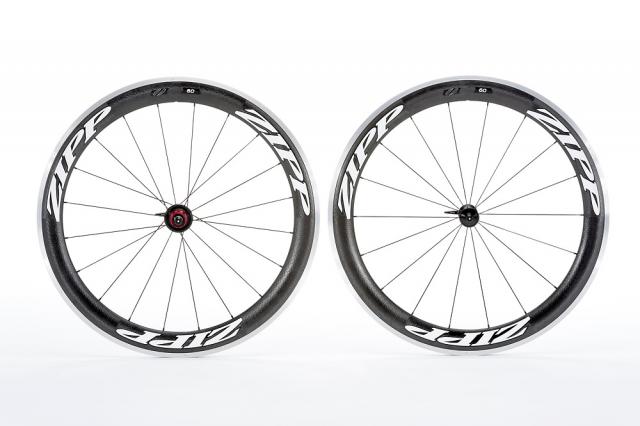 The 30’s brother in the range is the new Zipp 60 clincher which is essentially a lower-cost version of the 404. It comes with a hybrid toroidal dimpled rim, which is what Zipp used for the 404 before they switched to the Firecrest rim profile –although they adjusted the carbon layup and reinforced it for increased impact resistance. It’s the same depth at the 404 Firecrest at 58mm, and rather than a full-carbon rim, the 60 comes with an aluminium brake track and tyre bed. It gets the same new hubs as the 30. 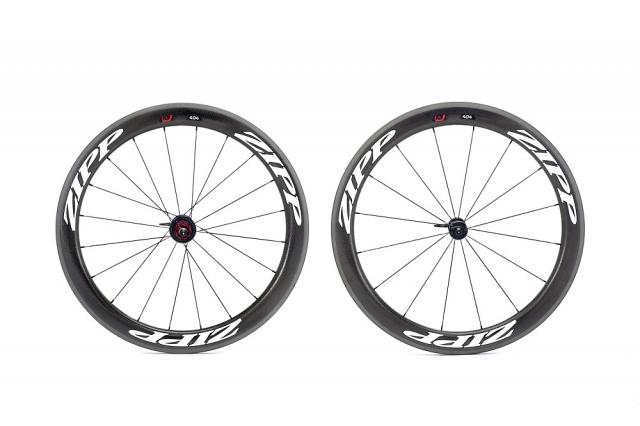 The final new wheel in the Zipp line up is a 650c version of the 404 Firecrest. It’s available in a clincher version only – there’s no tubular version.

There’s clearly going to be a limited market for this wheel but Zipp, like many other brands, are now focusing a lot of their attention on fit so they’re keen to offer their most versatile wheel in an option for smaller athletes. These will cost the same as existing 700c 404 clinchers: £1,050 (front) and £1,250 (rear).

For more info go to zipp.com. Check out the ZippCast podcasts on the Zipp site – there are over 100 covering many areas including the key technology on the 30 clincher.