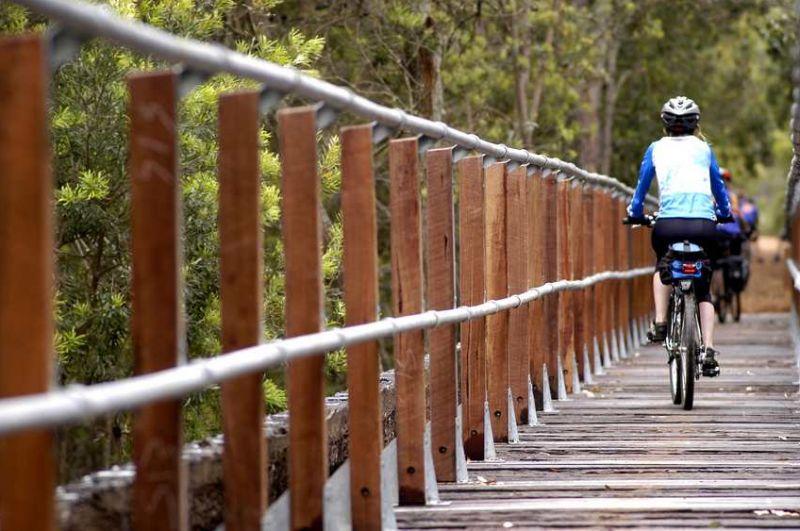 The world’s longest off road cycle trail is nearing completion in Western Australia, covering a staggering 1,000 kilometres from the town of Mundaring, which lies to the east of Perth, to Albany, on the south western coast of the state.

The coming months will see the final sections of the trail completed – most is already open, with construction having taken 12 years – as well as the official opening of the route, coinciding with an end-to-end ride in April which is already fully subscribed.

‘Munda Biddi’ in the Noongar Aboriginal language means “path through the forest” and as the Foundation which operates the trail, staffed by volunteers, points out on its website, “There are few places left in the world where a 1,000km track could be built through an undeveloped natural corridor.

“Combine Western Australia's vast areas of unspoiled forests and bushland, gentle terrain, and year-round cycling weather,” it adds, “and you have the ideal setting for an off-road cycle trail.”

In locations where there is no nearby town for an overnight stop on the trail, which in parts passes through eucalyptus forests, elsewhere follows river valleys and also incorporates part of the route of an old railway, huts have been erected to give cyclists somewhere to rest their heads, cook a meal and secure their bikes at night.

There’s typically a campsite or town every 30 to 45 kilometres along the trail, or sometimes even closer together, although of course there’s nothing stopping cyclists from putting in greater daily distances.

The trail has been designed so that local residents of nearby towns and cities as well as visitors to the region can complete individual short sections without overnighting, with suggested itineraries available on the Munda Biddi Trail website, which also has a gallery of images and full information about the facility.

The Munda Biddi Trail, which also has bike hire facilities, has a Facebook page and a Twitter feed, in part to help riders using it to hook up with others, and users are also directed to the Western Australia specific Trail Talk social network.

Looking at the snow which has replaced the weekend’s rain, and checking the weather in Western Australia – something we wouldn’t advise any UK-based road.cc users to do unless they want to be thoroughly depressed – we’re tempted to chuck a helmet in the suitcase, jump on the first plane and ride it for ourselves.