Merida is a huge company with a massive range, and that includes six cyclocross models but only the Cyclo Cross 4 makes it into the UK. It’s an aluminium framed disc-equipped priced at £999.99.

The Merida is very well turned out and has the details that mark it out as a well-designed bike for the purpose of racing off-road. Racing isn’t just what cyclocross bikes are used for these days; this could be used as a commuter too.

Disc brakes solve many problems on cyclocross bikes. Even the best setup cantilever brakes are woefully inadequate even compared to caliper brakes. Brake judder on the front is a common problem. And with the braking surface in the centre of the wheels, it’s safely removed from all the mud, sand, grit and gloop that coats the rim on a cyclocross wheelset when riding off-road. The Merida’s frame is hydroformed 6061 aluminium with butted tubes to save weight and smooth welds giving a very neat finish. The fork is a carbon-bladed affair with an alloy steerer. On a bike designed to ride through the mud you want the cables well out of the way, and the favoured routing is to place both gear cables and the rear brake cable along the topside of the top tube. Merida have instead opted to route both gear cables along the underside of the down tube as would be found on a road bike, with just the rear brake cable flowing along the top tube. Given the current conditions of any off-road areas, we’re wondering how long before the gears need some attention. 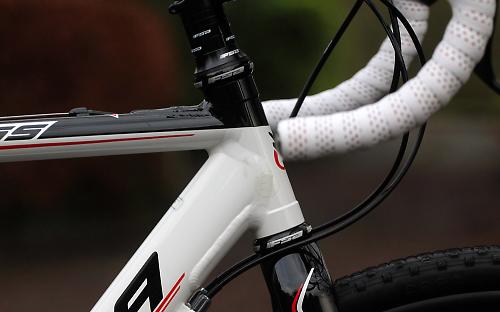 Up front there’s a regular 1 1/8in head set with external cups. The head tube is externally butted, and there are small gussets on the top tube and down tube. Attached to the steerer is a Merida branded stem with a healthy stack of spacers, and Merida’s own handlebar. There’s tons of clearance around the rear wheel, with the chainstays profiled fatter towards the bottom bracket and thinner at the dropouts to increase stiffness. The rear stays have mudguard eyelets so, again, the frame has the versatility to double up as a winter commuter. The forks also have eyelets. 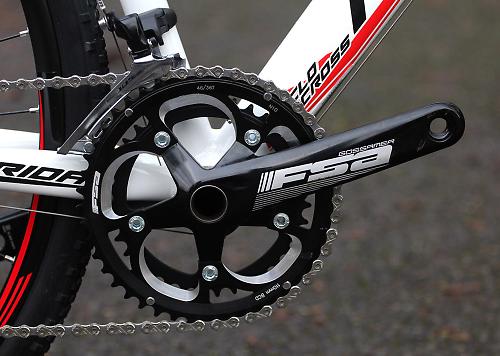 We find a Shimano 105 drivetrain with an FSA Gossamer chainset with 46-36 chainrings - a typical low ratio cyclocross setup. There’s a 12-28 cassette out back so plenty of teeth for getting up steep, muddy banks. Merida have opted for Hayes CX5 mechanical disc brakes. Rotors measure 160mm up front and 140mm out back, and are operated by the 105 brake levers. There are also optional (suicide) brake levers on the tops of the bars, which give another useful braking option. 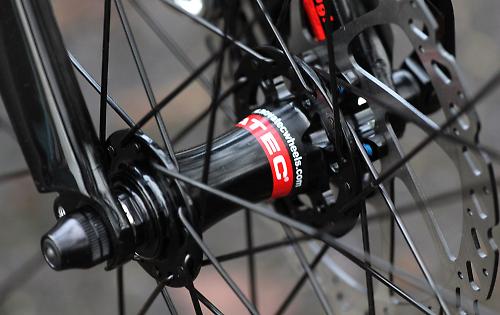 The rotors are bolted Novatec hubs (although the website lists Merida branded hubs) laced to Merida XCD Lite rims. Tyres are Maxxis Raze 33mm with kevlar beads to save weight.  A Merida Pro seatpost and saddle complete the package.

It’s available in four sizes from 48 to 58cm. We have a 55cm in for test and it’s heading out to a tester as we speak to get some off-road miles in.