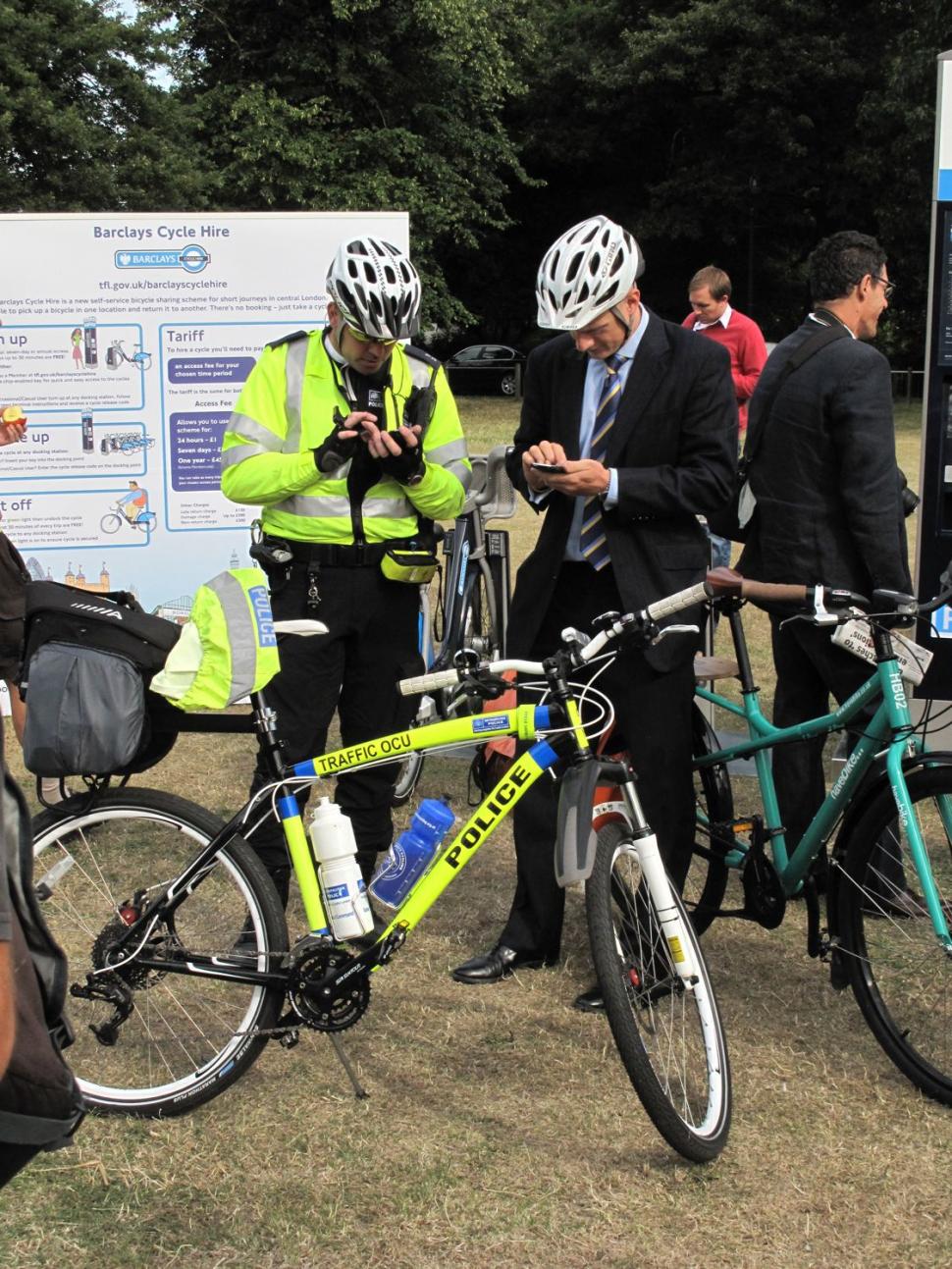 Lanes will cut into pavements so bikes don't have to swerve out into traffic...
by Sarah Barth

New plans by the Mayor of London will see cycle lanes in the capital undertake buses at bus stops, stopping riders from having to swing out into busy traffic when buses pull over to pick up passengers.

The lanes are at present to be an extension of the blue Cycle Superhighways, and cut left into the pavement at bus stops. Passengers alighting from buses will have to check bikes are not coming before crossing the path.

The lanes are in testing near the notorious Bow Roundabout in East London.

To cyclists it's obviously a great idea - taking away a lot of the stress of overtaking a bus, trying to check the driver won't pull out again - but not everyone thinks so.

However, David Kent, London engagement officer of Guide Dogs for the Blind, told the Evening Standard the design would put visually impaired people at risk.

He said: “Cyclists are impossible to hear — they are the silent menace. Where it puts our particular client group at risk is exactly with designs like this.”

Six of the new bus stops will be installed near Stratford as part of a 1.5 mile extension to the superhighway scheme there, and Transport for London will place more elsewhere if the design proves effective.

TfL said the number of cyclists using the existing superhighway had increased by 28 per cent since it was installed in September 2010, with a 55 per cent rise in the Bow Road section.