BH haven’t had the biggest UK presence lately so here are three quick facts about the brand to get you started. Use them to fascinate your friends at Christmas parties.

• BH bikes have been ridden to victory in seven Vueltas a España. The last time was by Alvaro Pino in 1986. 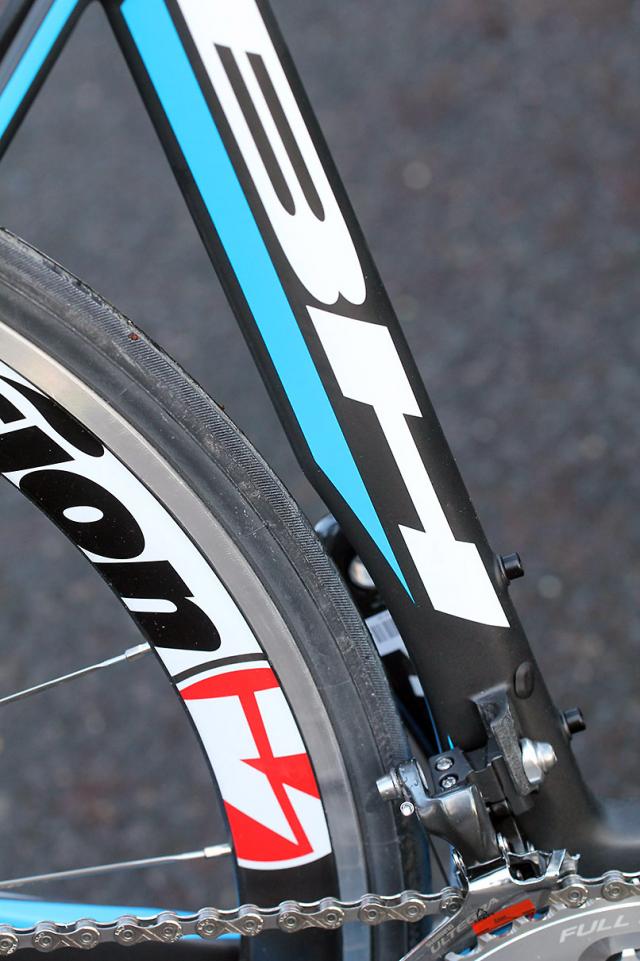 Bonus fourth fact: the company is based in Vitoria-Gasteiz, which is in northern Spain – or the Basque Country, if you prefer (we won't get into all that right now, if it's all the same with you).

The new G6 takes over from the G5, logically enough, as the aero road bike in the range, sitting alongside the Ultralight which, as the name suggests, is a race bike that's built with weight in mind. The completely new frame is cabon fibre throughout, right down to the front mech mount, BH using a blend of high and low modulus carbon to achieve the ride characteristics they’re after. 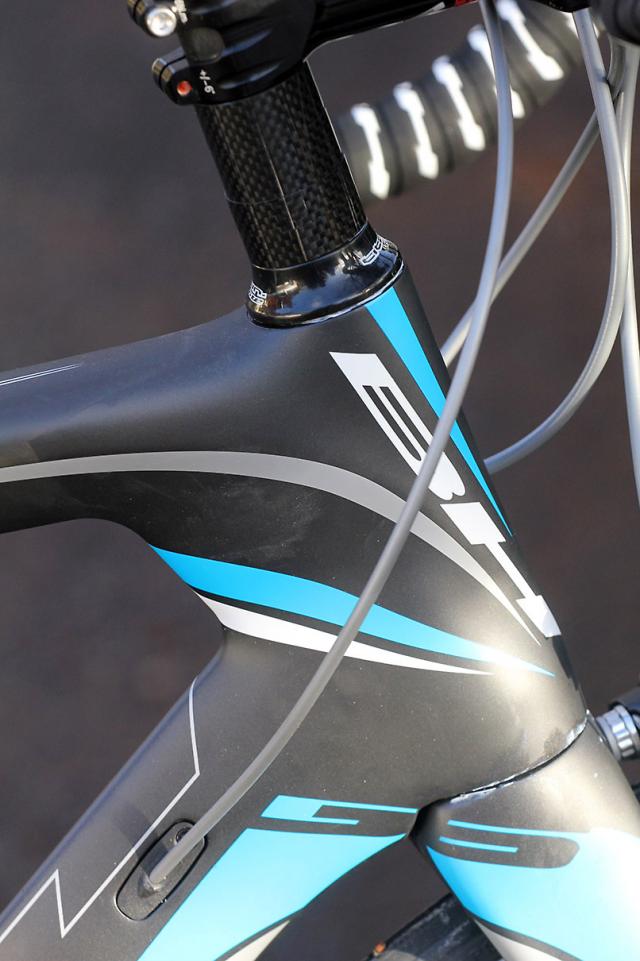 Up front, the head tube extends backwards to manage the airflow and BH reckon its cross sectional area has been reduced by 20% compared to the G5 (we'll be removing two or three headset spacers before we ride the bike, don't worry about that). 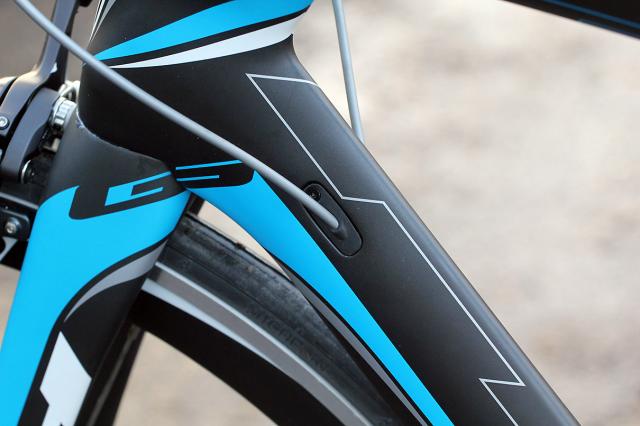 The down tube is shaped to minimise drag while the seat tube is cutaway to curve around the leading edge of the rear wheel. 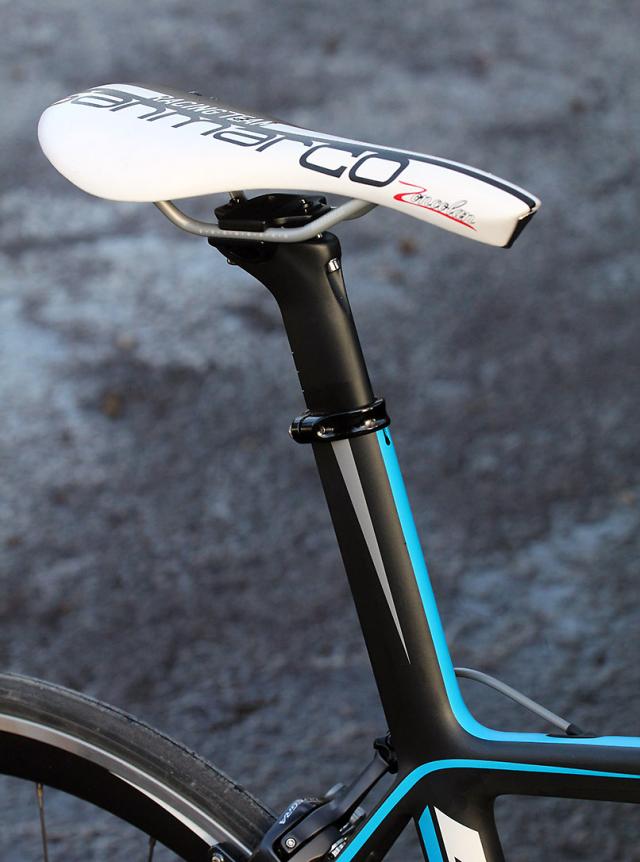 That aero profiled seat tube extends much higher than the junction with the top tube and the seatstays so very little of the seat post shows. 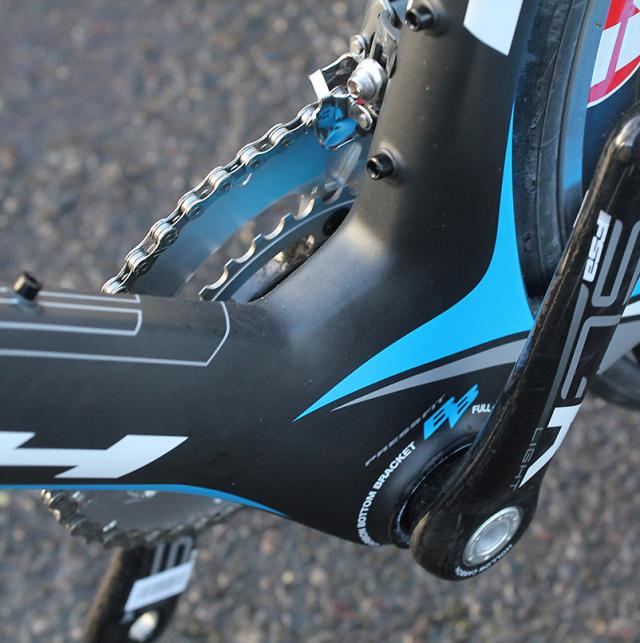 The frame features an oversized BB386 Evo bottom bracket. BH was one of the brands, along with FSA and Wilier, that came up with the new (well, newish) standard, in order to create greater torsional stiffness in the frame.

The head tube is tapered, as most are on high-end performance bikes these days, for a little extra front end stiffness. BH have gone right up to 1 1/2in for the lower bearing whereas a lot of brands go to just 1 1/4in. 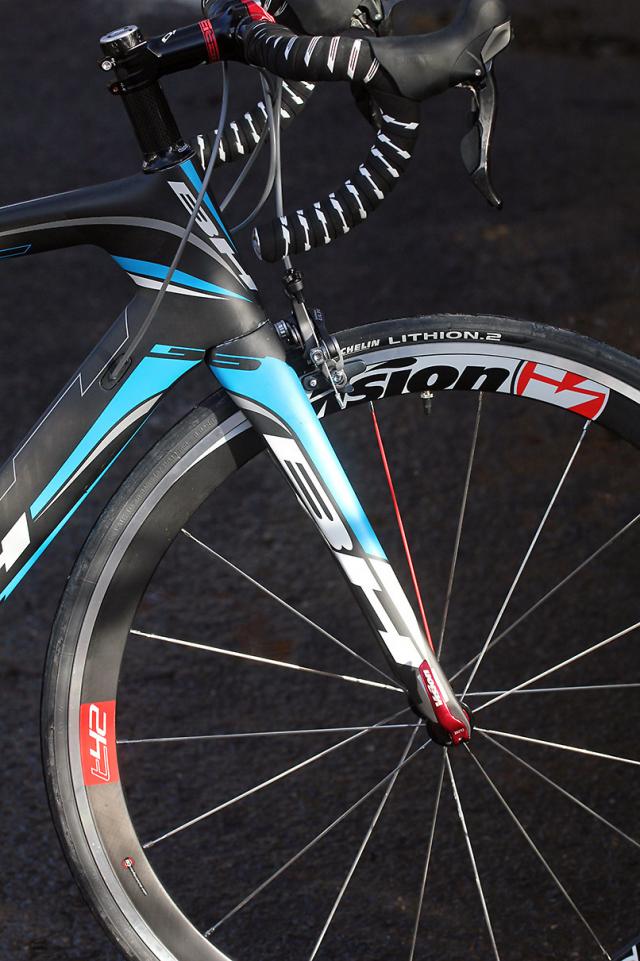 The fork that slots in there has been redesigned too. It’s full carbon, moulded as a single body. It has been designed specifically to work aerodynamically with the G6 frame and BH say it is their most aero design ever.

Like the G5, the G6 comes in a compact frame geometry with a sloping top tube. We have the medium sized model here with a 55.7cm effective top tube. The seat tube is a massive 64cm, but you need to bear in mind that it’s designed so that there's just a small amount of seat post extending out the top. The head tube is 15cm which is fairly short, but no shorter than BH use on their Ultralight (the geometries of the two bikes are exactly the same, seat tube length apart). 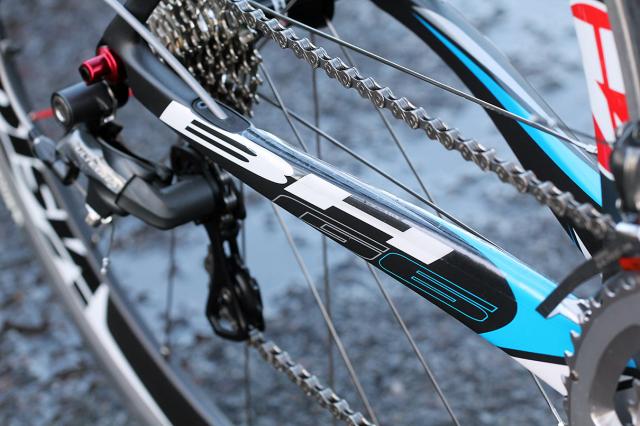 As is increasingly the norm, the cables run internally, the rear mech cable emerging towards the end of the chainstay but not right out the back. The design is suitable for both mechanical and Di2 electronic shifting systems. 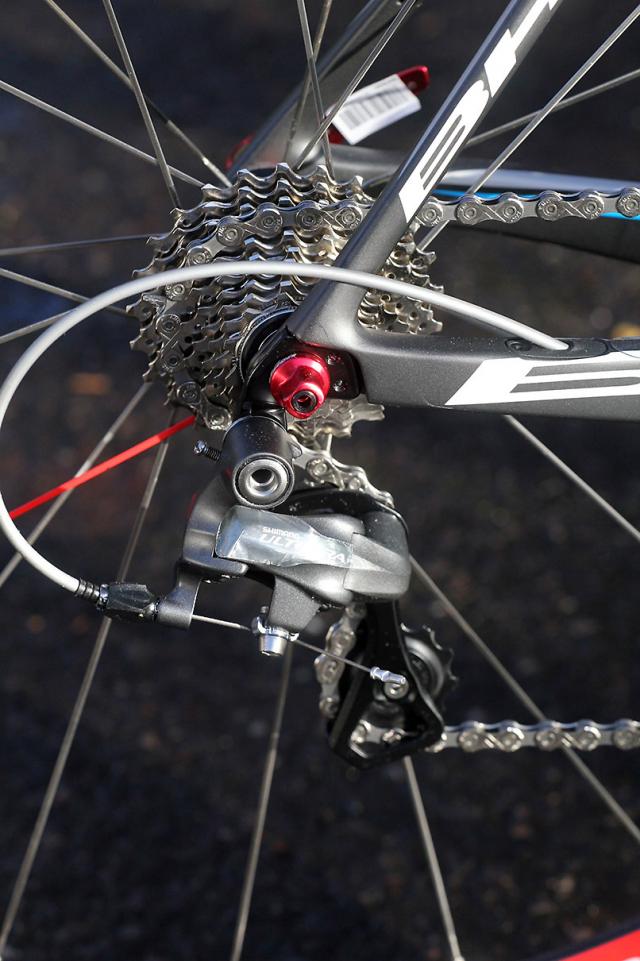 Of these, the 8.0 and the 8.3 are stocked in the UK. If you want one of the others, your bike dealer can order it from BH and it'll arrive in 7-10 days. They're all available in five different sizes and in both red/black and blue/black. The chainset isn’t Ultegra, though, it’s a compact FSA SL-K model (50 and 34-tooth chainrings), while those wheels are the Vision Trimax T42s that we reviewed a few months ago. The weight for this complete bike (not including pedals), is 7.33kg (16.1lb). BH give a complete bike weight of 7.3kg so we're inclined to believe their frame weight of just 860-890g for the medium-sized model too.

Right, that’s yer lot for now. We’re going to stick some pedals on it and get the miles in over Christmas. We’ll have our review online in the next few weeks.

For more info go to www.bhbikes.co.uk