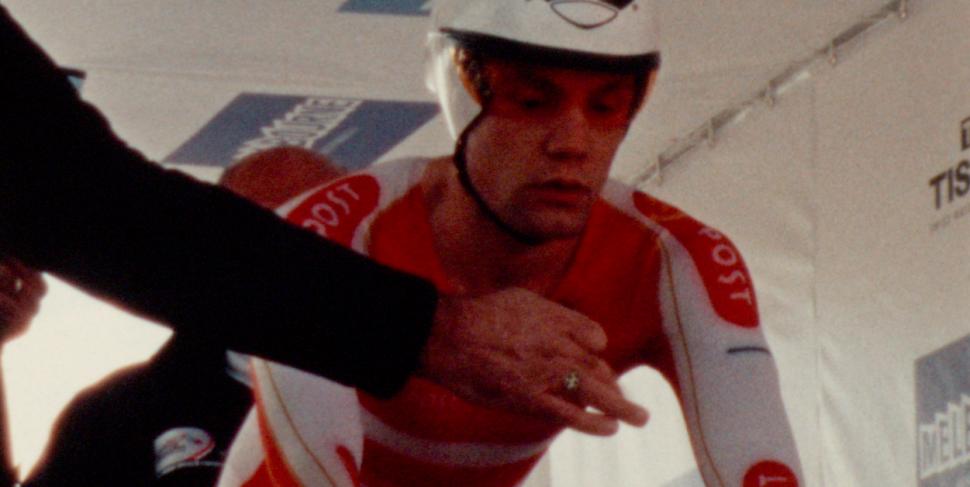 New work from award-winning film maker follows Rasmus Quaade's attempt to establih himself as a pro cyclist...
by Simon_MacMichael

A new documentary from Denmark called Moon Rider, now available on DVD, charts the struggles of up and coming rider Rasmus Quaade, tipped as one of the country’s future stars, to establish himself as a pro cyclist.

There are of course plenty of films around about big names of cycling's past and present, as well as ones focusing on the sport’s biggest races – this one, about a rider at the start of his career, promises to provide an “honest and heartbreaking picture of the extreme and lonely life of a young championship rider.”

The 81-minute work is the first documentary to be made by award-winning director Daniel Dencik. The English-subtitled version of the trailer is below – we love the bit where Quaade, riding a sit-up-and-beg, cruises past a rather startled looking guy on a road bike.

According to Dencik Film,

Moon Rider is a coming-of-age story about the bike rider Rasmus Quaade. The film follows young Rasmus' struggle to become a professional rider, a rough and winding road through hell and back.

Shot on fragile Super8 and raw helmet-cam, it is a journey seen from the inside of a young man's head - it is a personal story entrusted to the spectator by Rasmus himself from his intimate diary.

Rasmus has proven to have an extraordinary talent for riding, but even if Rasmus' physical abilities are extraordinary and built for cycling, his mind is built for thinking.

His constant reflections about life and death becomes his biggest obstacle in reaching his goal of becoming a World Champion. In order to win, he has to empty his head completely, but how do you clear your head, when every thought is a step in the wrong direction?

The film paints an honest and heartbreaking picture of the extreme and lonely life of a young championship rider.

The DVD can be ordered through Dencik Film’s online shop, where T-shirts and posters are also available.

It costs DKK 179 (around £17 at current exchange rates) and postage will set you back a further £6 or £9, approximately, depending on the method chosen.