One of the hardest yet most rewarding cycling challenges (and I speak from personal experience) is the Cent Cols Challenge, and tickets for the three events in 2013 are now on sale.

First launched in 2009 and created by Phil Deeker, the Cent Cols Challenge is a unique event that pitches cyclists over 100 cols in 10 days. It breaks down into an average of 200km per day with approximately 4,500 metres of ascension each day.  In 2013 there will be three Challenges. Heading to the Alps on 3-13 June, the Dolomites on 2-12 September and finally the Pyrenees on 16-26 September.

The routes are inspired by the beautifully designed Randonnées Permanentes of the Club des Cent Cols but have been tailored exclusively by Phil. And new 2013, the Alps edition will be run in reverse for the first time. That means many new climbs and ‘tweaked’ stages and is said by Phil to be harder. 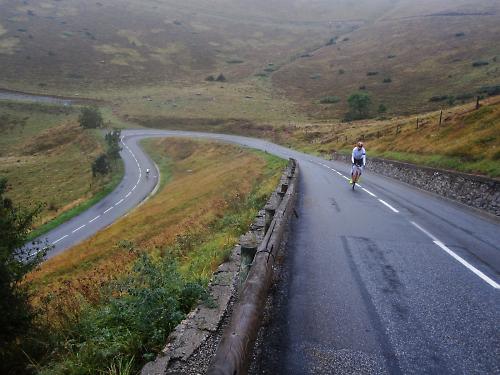 Included for the first time last year, the Dolomites confirmed itself as the hardest of the three. Hardened CCC riders all gave the event a massive thumbs-up, despite the effort incessant steep gradients demanded of them.

An entirely new stage is included in the Pyrenees Cent Cols Challenge and two other stage have been refined. Steeper climbs and some rougher roads make it a little harder than the Alps. See all the routes in detail here http://centcolschallenge.com/routes/alps To keep the rides of the right quality they’re accepting a maximum of 30 people and given how popular they’ve been in past editions, it’s highly recommended that you act quickly. Head over to www.rapha.cc/cent-col-challenge-deposit now and put a deposit down.

If you need convincing, have a watch of this video:

And why not get your training off to a good start with Phil’s week in the Ardennes package. I’ve can vouch for the quality of riding in Phil’s backyard having spent a week there myself a few years ago. A unique week in which you get to watch the Amstel Gold Race, Fleche Wallone and Liège–Bastogne–Liège.

There will be plenty or hard riding as well, in a carefully planned week that includes riding the Belgian 2013 National Road Champs road race route, Fleche Wallonne Cyclosportive, Velomediane “Claudy Criquelion” cycosportive route, Liège–Bastogne–Liège sportive and plenty more of the very special roads and climbs that make this area such a draw for cyclists. Find out the full details at http://centcolschallenge.com/training/