Prime Minister David Cameron has urged the country to get behind the 2013 Hero Ride which aims to raise at least £1 million for service personnel charity Help for Heroes. Mr Cameron launched the ride during a visit to the Phoenix Centre, Help for Heroes’ new sports facility at the Tedworth House Recovery Centre in Wiltshire.

According to the charity, the Hero Ride builds upon the success of its Big Battlefield Ride, which coincided with its launch in 2008. Among the participants in that first ride was Jon-Allan Butterworth, who had lost his left arm while serving in Iraq with the RAF.

The Big Battlefield Ride, alongside the Dawn Raid Sportive and a number of Self-Organised rides, will come together at Blackheath on 2 June next year to form the Hero Ride, heading into Central London, where a wreath will be laid at the Cenotaph.

The cyclists, expected to number in their thousands and including wounded servicemen and women as well as veterans, will ride past Buckingham Palace, along The Mall and onto Horse Guards Parade. 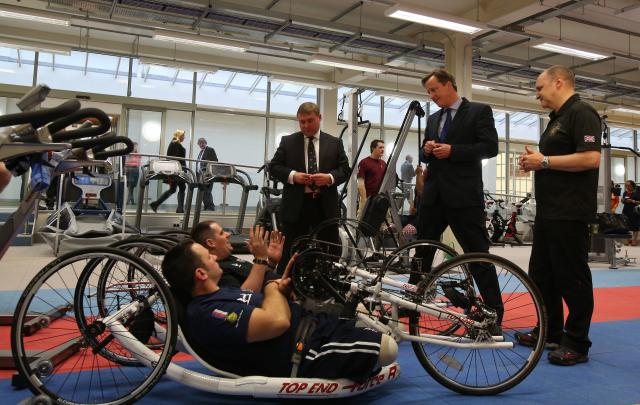 Mr Cameron, whose own Witney constituency in Oxfordshire includes RAF Brize Norton, said: “I am delighted to launch 2013 Hero Ride. It will be a truly fantastic sight to see thousands of cyclists come from all over the UK, riding to The Cenotaph, in support of our men and women of the Armed Forces.

“I wish Help for Heroes every success in meeting their target of raising £1million, which will help continue the excellent work that is done at Tedworth House and elsewhere, ensuring our veterans get the support they need and deserve.

“I never fail to be amazed by the sheer grit and determination of our forces and what they can achieve both on and off the battlefield.

“Meeting with some of our wounded serving personnel and veterans and seeing just what they have achieved – some of them cycling the width of America - brings this into sharp focus. I, like the rest of the country, have nothing but admiration for them.”

Bryn Parry, CEO and Co-Founder of Help for Heroes, added: “With the withdrawal of troops from Afghanistan coming ever closer, people will think that the job is done.

“The war may end but for our wounded, the battle will have only just begun. We must not forget them. We will pledge to support our young men and women, and their families, now and as they grow old and will be there for life.” 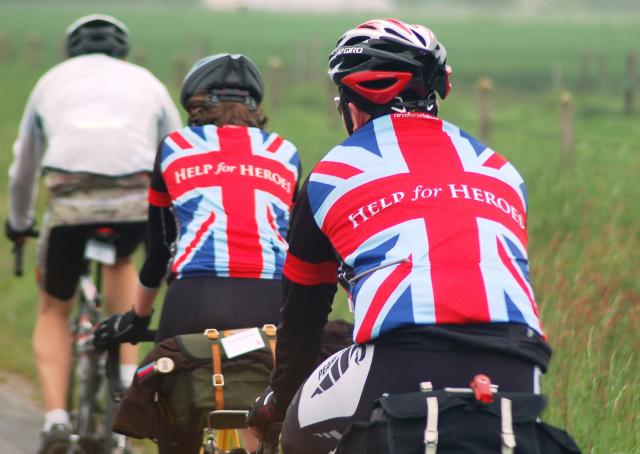 Butterworth, who won three Paralympic silver medals in London this summer, commented: “Help for Heroes helped with my recovery and put me on the path to competitive cycling through the Battle Back Programme.

“Before my injury, I fought for my country. Today, I represent Great Britain in cycling.

“Register for your Hero Ride and help others like me. It will take you on an adventure and at the same time raise vital funds to support the great work that Help for Heroes do.”

Also giving his backing to the initiative is former world champion Mark Cavendish, who met fiancée Peta Todd at a Help for Heroes fundraiser in Los Angeles just over two years ago.

“I have seen first-hand the great work that Help for Heroes do and I’m a passionate supporter of the charity,” said Cavendish.

“Hero Ride is a very special project to me because it engages the sport I love for a greater cause.

Full details can be found on the Hero Ride website.