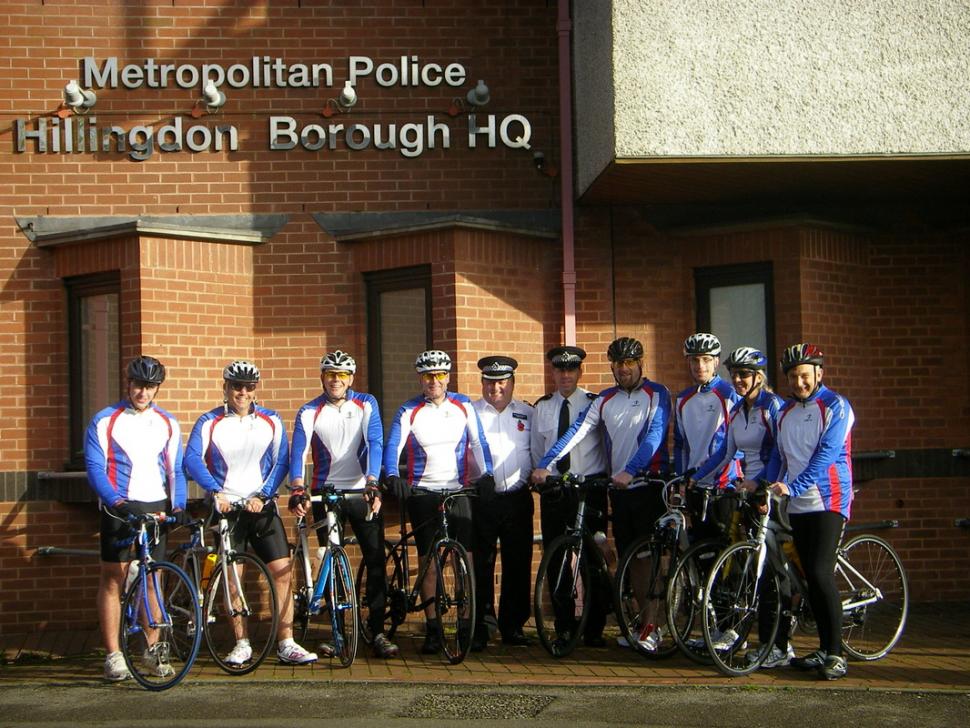 Dozens of serving and former officers and staff of Greater Manchester Police will be taking part in a charity bike ride tomorrow in memory of Nicola Hughes and Fiona Bone, the police constables killed in a gun and grenade attack in the city in September. They will be joined by five officers from the Metropolitan Police’s Hillingdon Division who have ridden 190 miles from Westminster Cathedral in London to raise money for the North West Police Benevolent Fund.

Some 80 people are expected to take part in the ride from Buxton Police Station to Greater Manchester Police Headquarters at Central Park, Northampton Road. The Metropolitan Police officers will present a charity cheque tomorrow to PC Bone and PC Hughes’ families and will then join North Manchester Division officers prior to returning to London.

The fund’s secretary, PC Jackie Smithies, said: "This is a fantastic event to raise awareness and money for the fund to assist officers and their families in their time of need. Those officers and staff taking part are doing so on a voluntary basis."

Talking about the ride being undertaken by the contingent from London, she commented: “When our own officers and staff heard about the event we received an overwhelming response from those wanting to take part in the final leg of the ride.

“It is humbling and heartening to see the strength of feeling of the police family throughout the country.

“We often find that officers forget when completing charity events that the North West Police Benevolent Fund is their charity so it is wonderful to see that these officers have been so touched that they want to raise these funds.”

PC Damian Goddard-Lane from the Hillingdon Partnership Tasking Force, said: “We are honoured to have had the opportunity to organise and take part in this event and have been overwhelmed by the support we have been offered by many individuals and companies.

“This has enabled us to support to our wider police family and bring people together during a difficult time while raising money for a charity that frequently gets forgotten.

“We have a target to raise £5,000” – which has already been exceeded, according to a website set up for the ride – “for the benevolent fund which we hope will go some way to supporting fellow officers and their families in their time of need.

“We are saddened with what has happened and our thoughts remain with PC Bone and PC Hughes’ families, friends and colleagues.”

Greater Manchester Police will present the Metropolitan Police officers with a special plaque to commemorate the event, and you can find more information on the ride from London here.