If you thought Speedplay pedals were a lesson in minimalist design, then get your eyeballs around these incredible looking pedals from Ultralite, the latest sensation in pedal design.

Founded by road racer Bill Emerson and product design engineer Neal Beidleman in Colorado, the Ultralite pedals use a novel approach to engage the cleat to the pedal. Which not only gives them their diminutive looks but also contributes to their incredibly low weight. Weight weenies, these are right up your street.

A spring-loaded barrel (the larger barrel in the picture above) slides on the narrower spindle. To engage you use the special cleat to slide that spring-loaded barrel towards the cranks, and slot the cleat into place. Sounds easy but it's quite a different technique to most other pedal systems and one that is probably second nature to most of us. Clipping out requires the cleat to push the barrel backwards to allow the cleat to be lifted straight up. 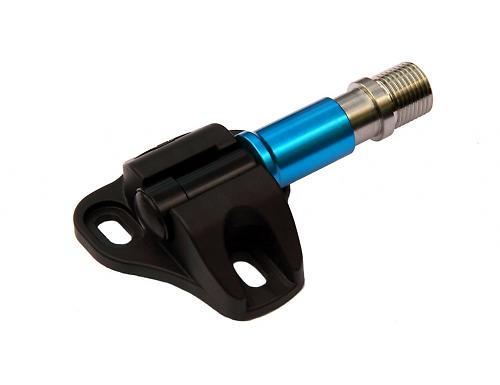 As a result, it's a very light system. There will be two specs to choose from, the Cirrus Ti pedals weighing just 72g and the 146g Nimbus STL, which replaces the titanium axle with a steel version.The cleat is a very compact and aero glass-reinforced nylon design and weighs just 40g, with a choice of zero or four degrees of float. For comparison a Speedplay Ti pedal weighs 130g for the pedal and the cleats 88g. So it's a serious chunk of heft lighter.

Some readers will draw a resemblance with AeroLite pedals, a similarly minimalist design with a barrel pedal. The Ultralites appears to have developed a superior cleat design that is easier to fit to shoes using a standard three-bolt setup. It's not clear if they would disengage in a crash though.

Former Garmin-Slipstream ProTour rider Will Frischkorn has been testing Ultralite pedals for the past several months. “You can’t help but be impressed when you first see and hold the pedals,” he says. “However, it’s the lower rotational weight, the ride quality and the increased power transfer the pedals deliver that really makes them special.” 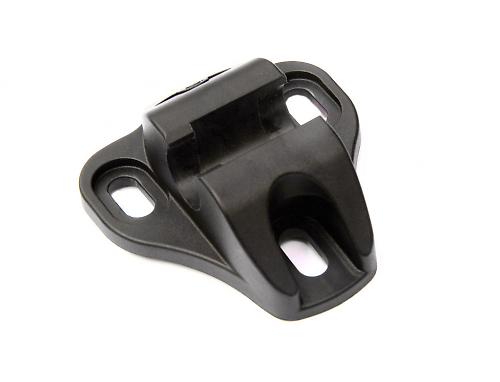