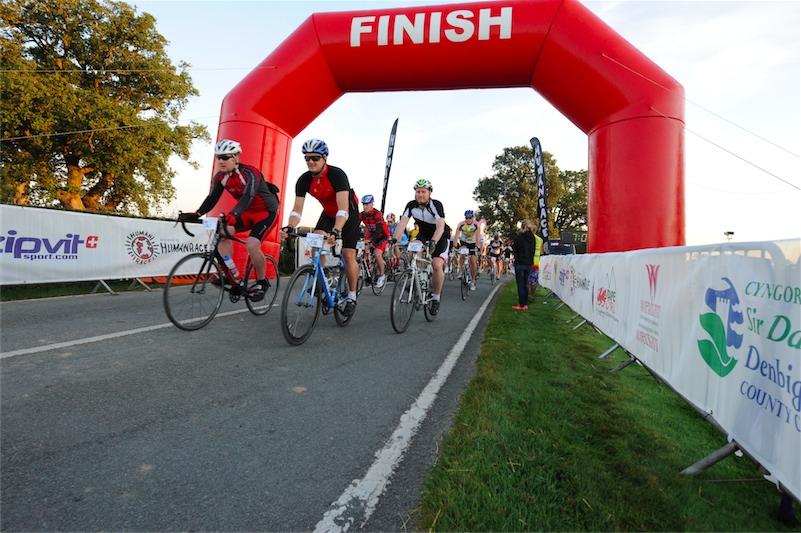 Police have launched an investigation after a cyclist was hit by a car near the end of the Etape Cymru on Sunday afternoon - a cycle event that was supposed to be held entirely on closed roads.

The 55-year-old participant, believed to be from London was riding with a friend and was in sight of the start/finish line at the Bangor-on-Dee racecourse when he was hit. After treatment at the scene by the event medical team he was taken to a local hospital. He has since been transferred to Walton Hospital in Liverpool suffering from what is described as a serious spinal injury.

Those finishing behind the inhjured rider were diverted around the incident as the event medical team and emergency services dealt with the situation and police cordoned off the area.

The rider was hit so close to the finish - within 100m, according to Nick Rusling CEO of Etape Cymru organisers, Human Race - that many people in the start/finish area saw it happen.

"It was a terrible incident but because we had a comprehensive medical team there we could respond extremely quickly to the situation, Mr Rusling told road.cc.

Yesterday we reported how the Etape Cymru had bounced back from serious safety and organisational concerns in its first year. This year's event was supposed to be a new start, a completely different event, the orginal organisers having been bought out by Human Race a company with a solid track record of organising largescale participation events across a number of sports including cycling. This incident will inevitably cast something of a shadow, although Rusling is adamant the Etape Cymru will continue "The event has fantastic support from local police and councils - they see the benefits to the region".

The outcome of the police investigation will no doubt be closely monitored by the organisers of the UK's other two closed road sportives - the Etape Hibernia - itself no stranger to drama, and the Etape Pennines which takes place next month in case there any operational lessons to be learned when it comes to ensuring that closed roads stay closed when riders are on them.