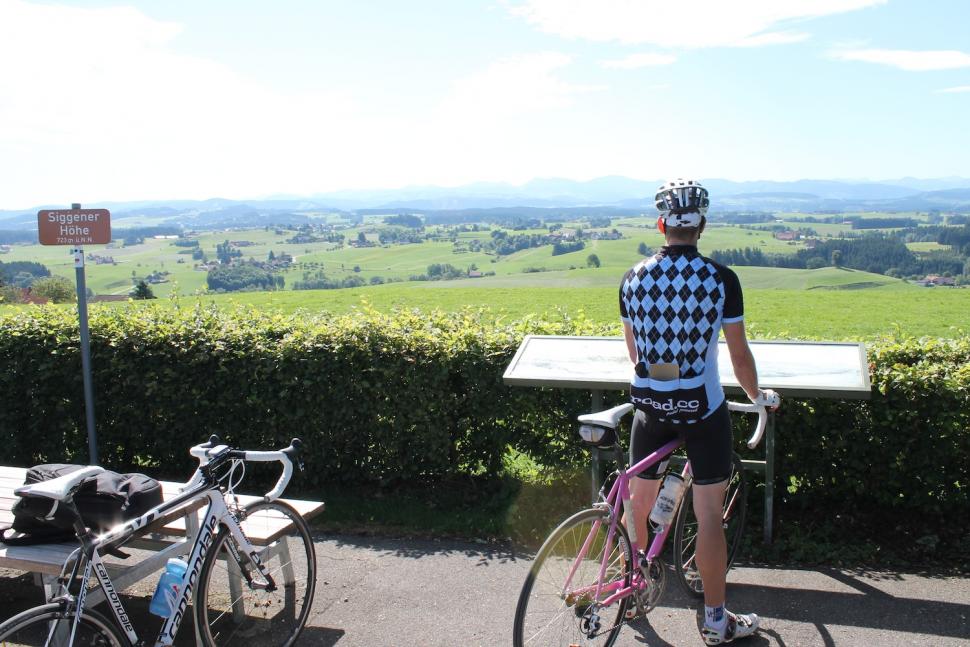 We're here! it took us a day in the camper van (which is probably best described as 'snug' for six grown men) but now we're at Eurobike and ready to gush and fawn once more over all the new and shiny stuff. And cast wry asides at the more 'esoteric' products that always crop up.

Eurobike is all about bikes…lots of them, a place to see the trends that will dominate in the coming year and also to spot next year's trends in embryonic form. To get us all in the mood here's a gallery of pics from last year's show, and a video we put together last night about what each of the roadcc team out here would like to see at the show.

Last year we saw inboard mounted brakes make the leap from time trial bikes to a road bike - the Ridley Noah Fast, an innovation that Trek have also incorporated on the new 2013 Five, Six and Seven series Madones. 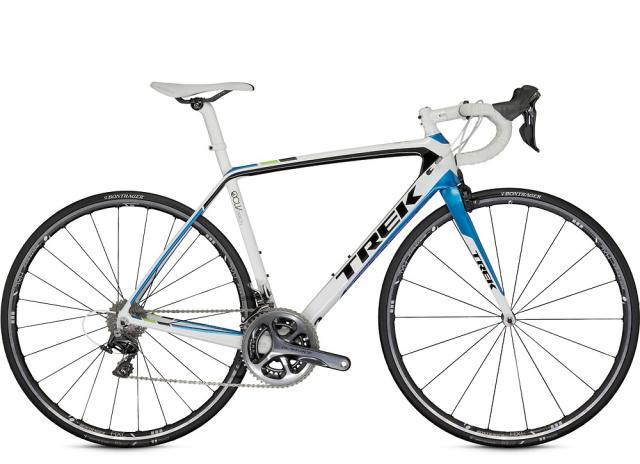 Trek of course have already launched their 2013 bike range and we've also seen big road and time trial launches from the likes of BMC - the TMR01 aero road bike, Cervelo - the P5 and the R5Ca WSD time trial weapon and the lighter version of their already superlight climbing bike - the R5 SLD. Plus we've also had the new Specialized Tarmac Roubaix, and the tweaked Cannondale SuperSix Evo and Slice RS TT/Tri bike. So what else will there be to see? Plenty. 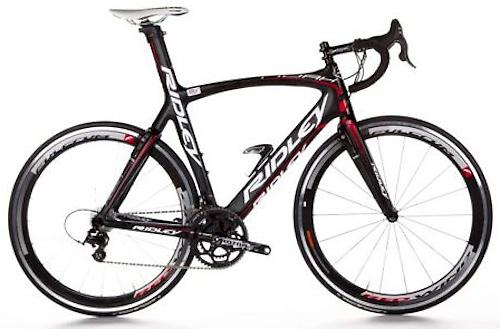 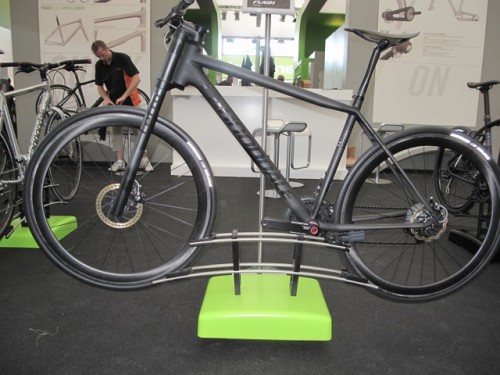 Ridley may have wowed us last year with the new Noah Fast but they are promising more this time around too. We've got an invite from Cannondale to the something big tomorrow - it's gonna be the future of cycling apparently (well, that is what the show is all about).

Given that we've seen their road stuff, we're putting our money on something urban - ever since the runaway success of their Bad Boy bikes, Cannondale have been a big player when it comes to urban bikes and higher end city machines in particular. They've got a history of innovation and over the years they've shown off some very radical concept bikes - like the one picured above from 2009 - many of which have made it to market - albeit in limited numbers usually. Last year they also showed us a cool modular luggage system they were working on - not sure that qualifies as the future of cycling mind. 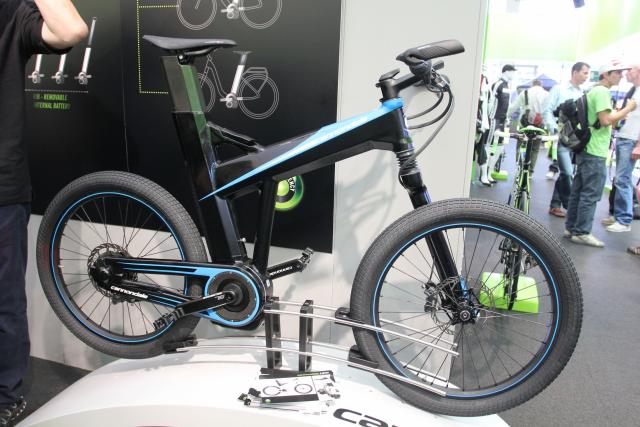 The other area in to which Cannondale have put in a lot of effort in recent years is electric bikes. Two years ago they showed off an e-bike that we'd go so far as to describe as cool - powered by a Bosch motor and featuring a battery that was clevery incorporated in to the seat post. Given that many people in the bike industry reckon that e-bikes ARE the future of cycling it could well be one of those. We'll find out tomorrow.

So what are the bike trends we're expecting to see? Aerodynamics will definitely be a big factor - the last few years have witnessed the rise of the aero road bike to the point that pretty much every major player has one in the range. What we may now start seeing is some manufacturers increasing the number of aero bikes in their ranges with more affordable models coming on stream. Specialized's Venge and Scott's Foil are possibly due for an update.

Integration and electronics have also been big recent themes and we expect to see more of both when it comes to the development of many of the new products we'll going to see over the coming days. 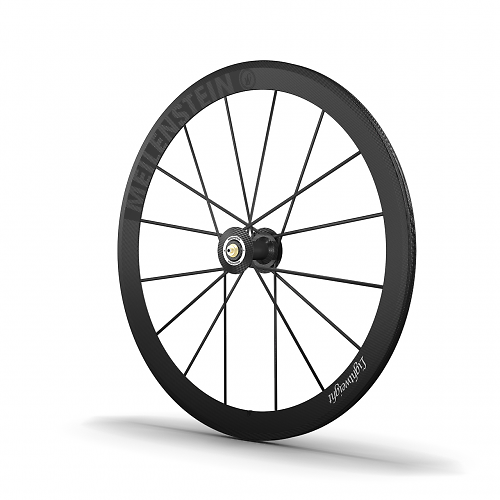 It's not just frames that are getting more aero. Wheels in particular are progressing towards ever faster aero gains. Bontrager, Reynolds and Lightweight will have new wheels in development that follow the current design trend for a bulbous rim shape that is more efficient in a range of wind conditions. Brit firm USE will be revealing their first carbon fibre wheelset, so we'll be hotfooting over to their stand sharpish to take a closer look. 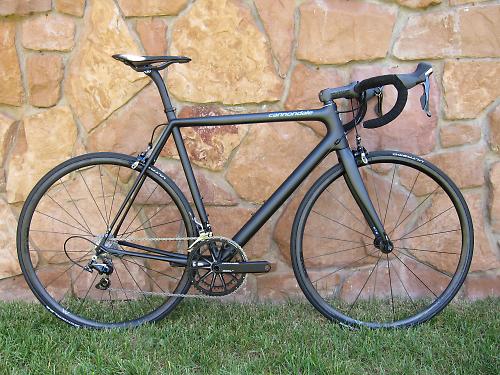 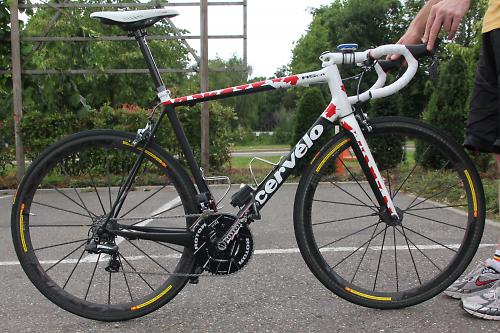 There's another battle being played out between some manufacturers: weight. We've already mentioned Cannondale's even lighter Supersix Evo which we saw earlier this year and Cervelo's R5Ca VWD which we saw at the Tour Focus have thrown their hat into the ring with their lightest ever road bike, the Izalco, going well below a kilo. Are we yet at a point where a manufacturer feels confident to push the weight closer to 500g? We may be some way off yet, but they're nudging closer.

Integration, already championed successfully by some brands, will become a bigger factor in frame design, especially with the increasing use of electronic groupsets. Shimano's Di2 has been out for four years now so it's about time more manufacturers are designing their frames with the wiring and battery in mind. Shimano's seatpost battery option should be coming out soon so we hope to see a lot of very clean frames with batteries hidden out of sight and wires neatly routed internally.

And electronics. We expect to see a lot of Shimano Ultegra Di2 and Campagnolo Athena EPS equipped bikes everywhere we look at the show. While not cheap by any stretch of the imagination, the two groupsets have made electronic shifting much more affordable. As for electronics filtering further down the ladder, well it's probably another year or two before that happens.

What else? Garmin's much anticipated Vector power pedal system has yet to see the light of the day (pretty sure they featured in our things to look forward to at Eurobike feature last year). Its release has been continually pushed back due to development issues so could this be the year it finally becomes available?  We'll soon find out. And we wonder if Garmin will have updated its Edge series? A new Edge 800 must surely be on the cards...

Other things to look forward to here includes new cyclocross bikes from Giant and Specialized - and there's some talk that the latter will have hydraulic disc brakes with integrated shiters. Disc brakes in general are something we expect to see more of and we're particularly keen to see how much progress the likes of TRP and USE - and possibly/probably SRAM - have made in cramming the necessary hydraulic gubbins in to an integrated road bike lever. TRP showed off a very interesting prototype hydraulic lever that was Shimano Di2 compatible earlier this year at the Taipei Show; word back then was that they expected to launch in June or July. We haven't seen anything yet so we'll be keeping our eyes peeled here. 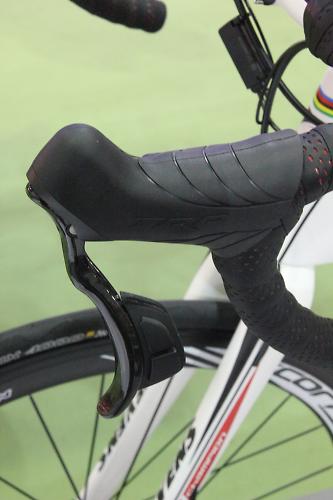 Tuesday is demo day: that means a trip out to the hills to try out a few of the newest bikes. We'll try and sling our collective legs over half a dozen of them today. The good news is that it's warm and sunny in Ratzenreid, and that this year we rode out because we could bring the bikes in the van. The bad news is that Dave got us lost on the way. Argenbühl is the region Dave, not the town…

Anyway, we took the time last night to have a quick chat about what we were hoping to see, and committed it to video in a German service station and cut it together in the back of the van. Here it is, there'll be plenty of proper news along before long!

Enough about us, anyway. Tell us what YOU want to see. We'll be trawling the halls looking for the best stuff, but if there's anything you particularly want us to seek out then comment below and we'll go and look for it...