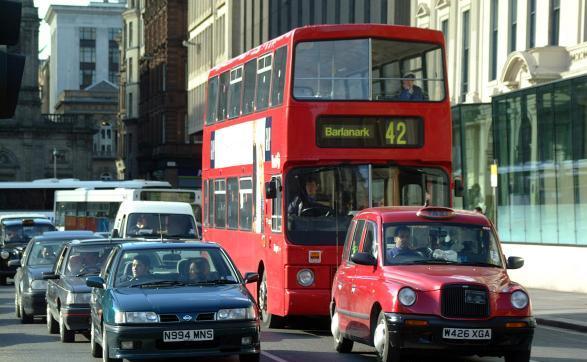 The Department for Transport is consulting over new, increased powers to fine drivers for a wider range of traffic offences, including 'low level' careless driving of the kind many cyclists complain about.

'Inappropriate speed', 'lane discipline' and 'driving too close to a vehicle in front' are cited as some of the driver behaviour that could incur a fine or a remedial education course at the driver's expense.

The consultation, which is open for comment until September 5th, wants to make it easier and less bureaucratic for the police to follow up cases fo careless driving that would be costly and difficult to pursue via the courts.

It also discusses educating drivers as to how their behaviour is dangerous.

According to the report, "a survey of drivers convicted of careless driving showed that 57% claimed they were driving how they often or normally drove at the time of the incident, and 75% said they were surprised to be convicted."

Some examples of the types of behaviour that could be expected to incur a fine or remedial education were stated as:

 Driving too close to a vehicle in front

 Wrong lane on a roundabout

 Ignoring a lane closed sign and pushing into an orderly
queue

The report stated that: "It is not intended that fixed penalties or remedial training are used for the more serious examples of careless driving. We would expect these cases to continue to be dealt with by the courts.

"It is envisaged that FPNs and remedial training would only be offered in situations witnessed by a police officer where there are no victims, no collisions and no public complaint."

Remedial training operates at no cost to the public purse, as the offender is required to pay for the course.

The report goes on to suggest that the value of fixed penalty notices could go up, as prices have remained the same since 2000.

Individuals and organisations are being invited to respond to the consultation using the email address motoringfpnsconsultation [at] dft.gsi.gov.uk