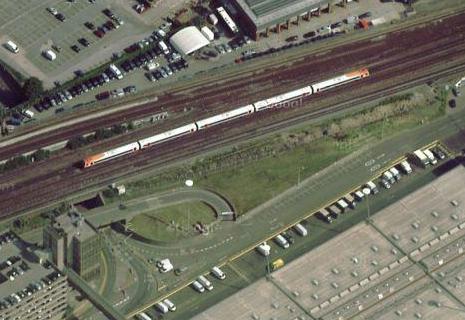 Sustrans welomes proposals, but LCC says priority should be on infrastructure on roads currently used by cyclists
by Simon_MacMichael

Mayor of London Boris Johnson has revealed plans for a network of elevated traffic-free cycle paths in London running alongside main railway lines in the capital.

The idea is in its infancy, but Mr Johnson told The Times: “There is a proposal, which is very interesting, to hook up mainline stations in London along the side of the raised railway tracks, with a new cycle path. So from Clapham Junction to Waterloo – around town like that.”

The Times likens the initiative to New York City's High Line, an aerial greenway following the route of a disused railway on the western side of Lower Manhattan, which the newspaper says “allows people to walk and cycle without encountering city traffic.”

That’s not in fact the case – bicycles are banned from the High Line, as they are from the elevated section of the route in Paris that inspired it, the Promenade Plantée, much of it also built on a disused railway viaduct that begins behind the Bastille Opera, and which opened in 1993.

A spokesman for Mr Johnson told The Times: “The Mayor is committed to leading a cycle revolution in London. The use of railway land or elevated cycleways to provide fast and direct cycling routes around the capital is an exciting idea that his team are looking into.”

Certainly the idea, on paper, seems to have strong merit, although the costs would be likely to be considerable and not all of the railway lines heading into the centre of London would be suitable for such treatment, with those into Kings Cross, for example, making their final approach to the station through tunnels.

German Dector-Vega, London Director at Sustrans, welcomed the idea, saying: “This is a great opportunity to extend London’s cycling network, enabling more people to get about by bike and ensure a sustainable transport legacy for the Olympic Games.”

A spokesman for the London Cycling Campaign, however, insisted that the focus should be on improving the quality of facilities for cyclists on the capital’s road network, including making conditions safer for them.

“While we’re fascinated by Boris Johnson’s plans to put cycle routes along London’s working railways and would love to know how far his negotiations have got with Network Rail, we’d much rather hear the mayor say he’s prepared to build high-quality cycling facilities on the streets that Londoners use every day.”