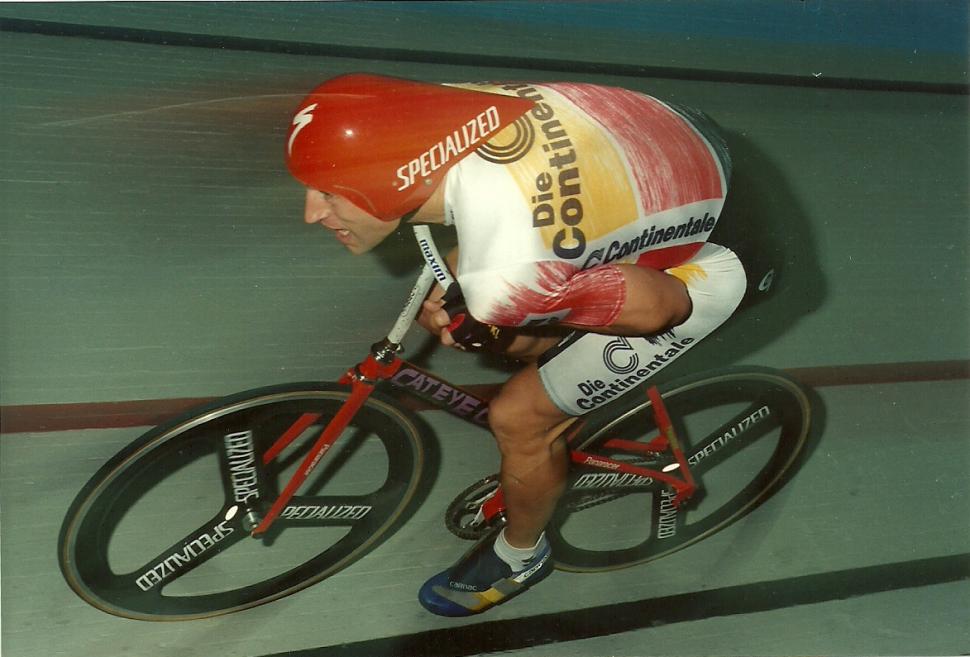 Graeme Obree, the maverick Scottish world hour record winner, has long said that key to his champion status was the way in which he had always been prepared to turn conventional bike racing wisdom on its head and do things his own way.

Here, in this video brought to us by Humans Invent, Obree goes into detail about his 'three-phase breathing technique', in which he shifts the focus onto breathing out, rather than the more instinctive breathing in.

He reasons that by breathing the 'bad', or used air out properly, you will bring in more oxygen, boosting your performance.

Obree is working towards beating the human-powered land speed record this September at Battle Mountain, Nevada, on a 'prone’ recumbent bike (i.e lying on his stomach), and hopes to hit 100mph.

The attempt marks a comeback from depression and mental health issues that led Obree to attempt to take his own life in 2001.

He said in an interview with Humans Invent that he was taking the scientific approach to the speed record attempt.

"I set myself within the parameters of what is humanly possible. But that is purely subjective. Someone might say the saddle must be 5cm behind the bracket, but someone might say it should be 15 cm – this is subjective – it isn’t the laws of nature.

"What is going to define how fast I can go is simply the laws of nature. That is it. Newton’s laws of physics. The harsh blood and guts reality of life – that is the constraint. It is simple. And that won’t change over time.

"In 100 years, the laws of cycling will have changed, with new rules and regulations. It is the control which doesn’t inspire me.

You can purchase Obree's training manual - 'The Obree Way' from his personal website.