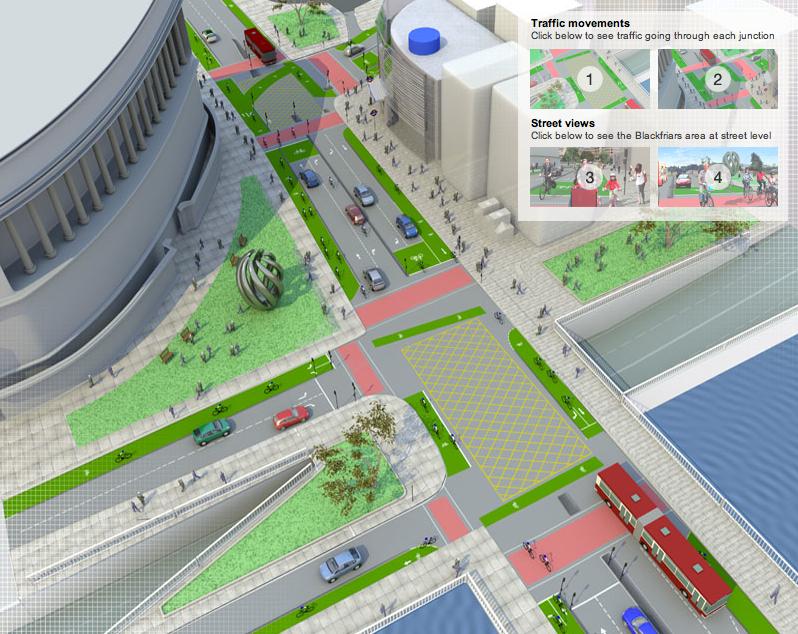 London a step closer to being 'Copenhagen-ized' or possibly 'Amsterdam-ized'...
by Sarah Barth

Back in April this year, we reported how all the London Mayoral candidates had backed the London Cycling Campaign's Go Dutch initiative, but it's taken a little extra pressure from the LCC and British Cycling to convince Boris to keep his promises and get behind the motion.

In a letter to the two groups, Mr Johnson has confirmed his commitment to London Cycling Campaign’s Go Dutch campaign and has already confirmed Dutch style improvements to Vauxhall Cross and Greenwich. As well as backing the Go Dutch campaign the Mayor also said he would write to the Ministry of Justice to support the British Cycling led call for a judicial review in to sentencing policy, and supported the call for a there to be a cycling representative on the London Roads Task Force

The Go Dutch campaign works on the basic premise of 'making London more liveable for everyone by making our streets as safe and inviting for cycling as they are in Holland'.

The contrast is stark; in London 2 per cent of journeys are made by bike, compared to 23 per cent in Copenhagen and 37 per cent in Amsterdam.

The website cites the main principles as including 'safety', 'best practice' and 'harmony'.

A spokesman for British Cycling said: "We welcome the Mayor’s open approach to keeping his election promises, and look forward to being involved in the Task Force.

"Including cycling in road infrastructure policy is key to cycling being a central part of roads development and something British Cycling is keen to see extended to the Department for Transport."

"These commitments mark a step change towards cycling being seen as part of mainstream policy making and start to bring London in line with top cycling cities like Copenhagen.”

However, before anyone gets too carried away it might be worth looking at the Mayor's actual words on implementing 'Go Dutch':

"I have asked TfL to review the 'Go Dutch' campaign to ascertain how the pinciples it establishes can be incorporated into the design and implementation of ccling schemes in london taking into account the UK legal framework and regulations, the physical constraints of London's streets, and the needs of all road users."

Those of a more sceptical bent may well home in on the words "and the needs of other road users" as just another way of saying "and the need to smooth traffic flow" the policy which saw the mayor fall out of favour with so many of London's cyclists and cycling groups in the final months of his first administration as anger grew about unsafe junctions, the deaths at Bow Roundabout, and the redevelopment of Blackfriars Bridge Station.

The Mayor was less equivocal on the subject of British Cycling's call for a government review of sentencing policy in cases where death or injury was caused by dangerous driving, promising to write to the Ministry of Justice to call for such a review, and the mayor was positively effusive in backing the call for a cycling representative on the London Roads Task Force calling it "a superb suggestion".

To read the Mayor's letter in full, click here.