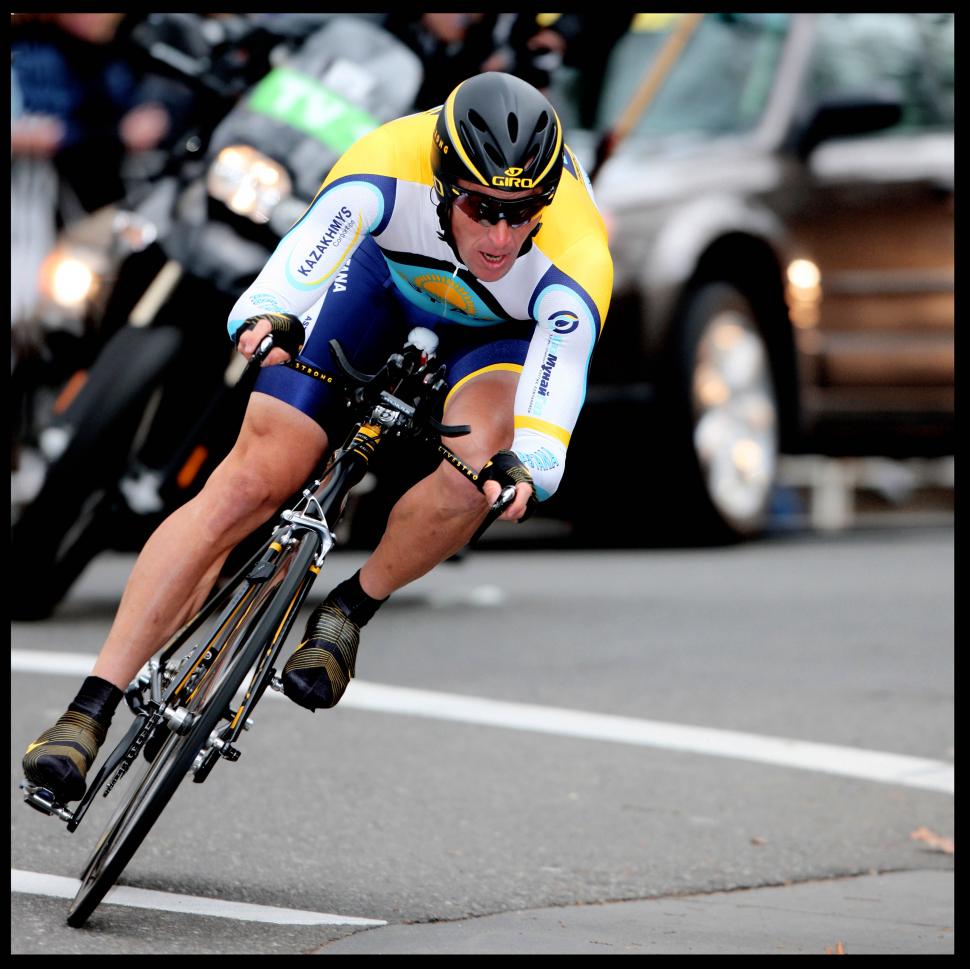 Bruyneel under scrutiny and RadioShack Tour in question
by Sarah Barth

Lance Armstrong's lawyers have demanded that all the evidence gathered against him by the US Anti-Doping Agency be turned over to them, as speculation grows that the Tour owners may bar the entire RadioShack team from this year's race.

Robert Luskin, the lawyer acting for Armstrong, has asked the agency by letter to turn over the names of the witnesses who have claimed to have seen him take performance enhancing drugs, as well as all test results.

Armstrong must respond to the allegations by June 22, but the process could drag on for many more months.

Meanwhile, it looks like Johan Bruyneel, former team manager of both Armstrong's US Postal Service and Discovery Channel teams, is facing even more pressing problems than Lance. Tour owners ASO are said to be considering uninviting his entire current RadioShack-Nissan team from the race this year.

This is, of course, speculation, and precedent makes it look unlikely, as there's nothing to say that any of the current team have done anything wrong. However, in 2008 the ASO uninvited Astana from the race after team members Alexander Vinokourov and Andrey Kashechkin tested positive for blood doping the previous year.

Tom Boonen and Quickstep successfully appealed an ASO attempt to bar him from the 2009 race though, after he was accused of having brought the race into disrepute by being found to have taken cocaine twice in the year before.

Armstrong has told the Associated Press that he is exploring his options, and that he is wary of the agency 'moving the goal line'.

The USADA claims that blood samples collected from Armstrong during 2009 and 2010 were “fully consistent with blood manipulation including EPO use and/or blood transfusions.” It has said though that the names of witnesses will not be released, in case they are intimidated.

Contacted by RMC Sport, ASO and Tour de France director Christian Prudhomme was ambiguous as to the outcome of the investigation. He said: "Management does not comment on pending cases. At the moment, this is just the opening of the investigation, we have been told. No statement will be made regarding Armstrong, Bruyneel and RadioShack. If a decision should be made, it would be under the auspices and under the rules of the UCI. "

As a result of the allegations, Armstrong is unable to participate in triathlons he has been training for, and risks being stripped of Tour titles won between 1999 and 2005.