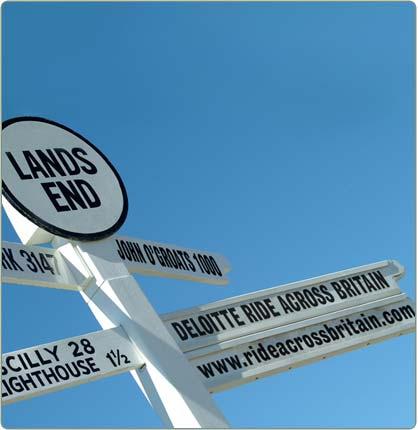 Looking for a challenge next year? Business Advisors Deloitte have announced today that they'll be backing a major new event for 2010, the Deloitte Ride Across Britain. Essentially this is Land's End to John O'Groats in reverse but with some fairly hefty organisation behind the scenes. There's a tent village following the ride to support and house the riders after each 110 mile day, along with pit stops along the way, electronic timing, medical support, outriders, mechanics, a big party at the finish... you name it, it's covered.

You can enter as either a solo rider or a relay team of up to four; you're allowed to bring your own support vehicle and there's a different route for the cars allowing them to meet the riders at designated pit stops along the way without getting in the way of the ride. The even is backed by Olympic rower James Cracknell and he'll be riding the event in 2010. It's his brainchild: "I was looking at doing the Race Across America, 3,000 miles from one side to the other," says the double Olympic gold medallist. "And then I thought, hang on, I haven't even cycled from one end of this country to the other yet.", he says. 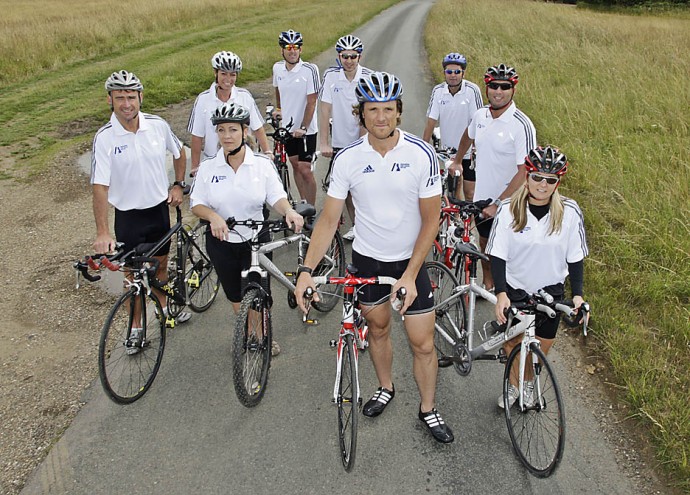 Cracknell is hoping the event will open up the end-to-end challenge to a wider audience: “We wanted to create a cycling event that would give everybody the opportunity to challenge themselves to get outdoors and achieve something new and exciting in a supportive environment. The Deloitte Ride Across Britain shows off Britain’s truly breathtaking scenery and we’ve taken care of all the logistics, so the riders can concentrate on enjoying a great experience.” The route sticks to minor roads, winding through the Lake District and Wales before finding its way to Land's End: you can expect some fairly hard riding along the way, and ridden solo it'll certainly be a tough challenge.

We spoke to ride organisers Threshold, and they gave us a few more details about the event. For a start, it's not going to be a one-off: "We'll roll out with smaller numbers and we'll grow it over the years. We're hoping to start with 500-600 riders and grow it to 2012 riders in 2012 to tie in with the Olympics: we'll be raising money for the Paralympics, our charity partner"

Even with 500 riders the Deloitte Ride Across Britain is going to need some serious logistics, but the ride has been at least a year in the planning, and with a staff of at least 50 people supporting the riders en route they're confident that everyone will get great support. And with the relay option meaning you don't need to be able to cover 110 miles, it opens up the ride to a much bigger audience. "It's a real opportunity for people to get involved", say Threshold, and certainly the event seems to be aimed at businesses looking for a corporate challenge as much as individual cyclists.

And as to doing it in reverse? "We're hoping in June that Land's end is going to be warmer and sunnier than John O'Groats! also it's going to be a little bit easier for us to get everyone home come the end of the ride". Let's hope that sun shows up to make amends for all the headwinds!

If you want to enter as a solo rider it'll cost you £1,095, and you'll get £100 off that if you're one of the first 50 to register. Team entries cost between £895 and £995 per rider, depending on how many of you there are. for more information visit www.rideacrossbritain.com