The Aquilo is the latest addition to the lineup from Dutch titanium specialists Van Nicholas. It’s a lightweight road bike that’s made specifically for Shimano’s Di2 electronic shifting.

We’ve had some beautiful bikes on test at Road.cc lately and the Aquilo is another stunner. It just looks very, very cool without really trying too hard… and that might be its secret.

It’s made from custom-drawn 3AL/2.5V seamless optiformed titanium tubing. Huh? That means it’s 3% aluminium, 2.5% vanadium and the remaining 94.5% is titanium. This is the grade that’s most commonly used in bike manufacturing. It has an impressive fatigue life and is hugely resistant to corrosion so, if our experience is anything to go by, it’ll probably last an age. 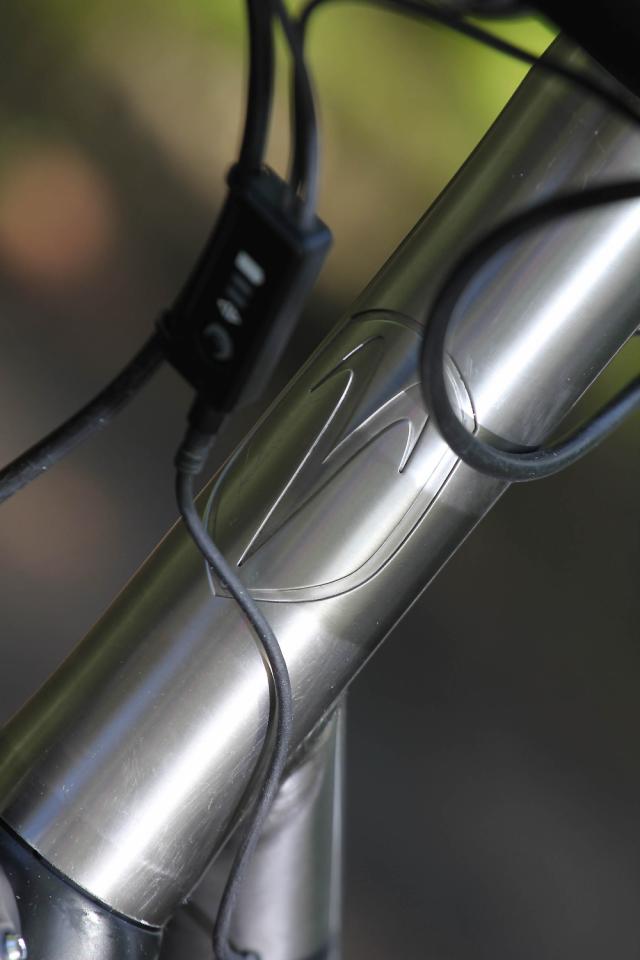 The Aquilo has a few really neat-looking frame features. Check out the head tube badge. That logo is etched in there, “So your grandchildren will know the frame you pass down to them is a Van Nicholas.” Good line, that. There’s another logo etched into the brake bridge. 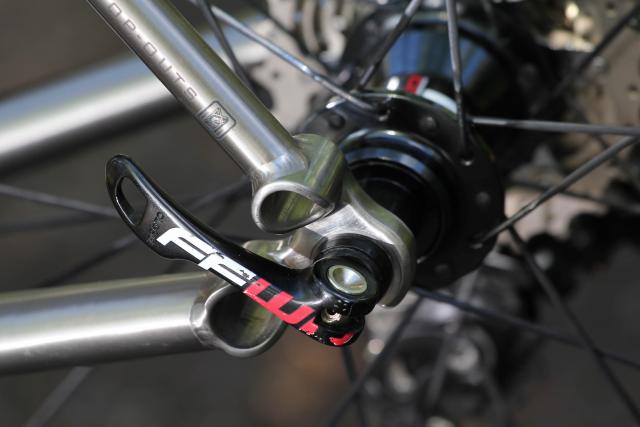 And the dropouts are 3D sculpted. The water bottle bosses are welded in place too rather than pop-riveted. Okay, these details aren’t likely to be deal clinchers but we like a frame with cool little features. It makes us think the manufacturer has probably spent some time getting the more important stuff right too. Van Nicholas clearly think they have because they offer a lifetime warranty on their frames. We have a 56cm bike in on test and that comes with a 55cm top tube, 17cm head tube and 73/73.5° frame angles. That’s a road race geometry rather than a more relaxed setup designed specifically for sportives – although that’s more a question of taste than anything else.

Van Nicholas use size-specific frame tubing – meaning that they use larger diameter tubing on larger sized frame in order to keep the ride characteristics the same whether you’re on a 50cm bike or a 60cm bike. Incidentally, if you need a size outside of that range, Van Nicholas can make you a custom Aquilo. It’ll cost more, naturally, but it’s an option. 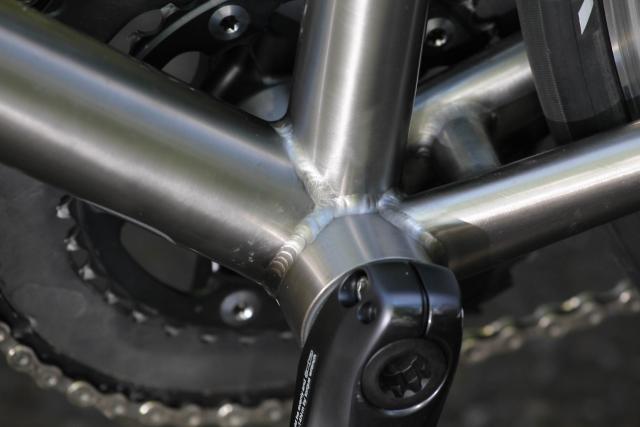 As we said up top, the Aquilo is Di2 specific with the battery living below and behind the press-fit bottom bracket. The cables run internally, of course, nipping inside at the top of the down tube, the one for the rear mech emerging towards the end of the chainstay. The fork is Van Nicolas’s own SL Integrated option with carbon blades and a carbon steerer and it spins on a 1 1/8in headset top and bottom – which is something of a rarity among performance bikes these days when tapered head tubes/steerers have become the norm.

The usual deal with Van Nicholas is that you can pick the bike spec yourself from a wide range of options. It’s really simple; you just go to the website and choose compatible parts from drop-down menus, the price adjusting automatically as you go. Once you’re happy, you press the button and make your order. Easy peasy. 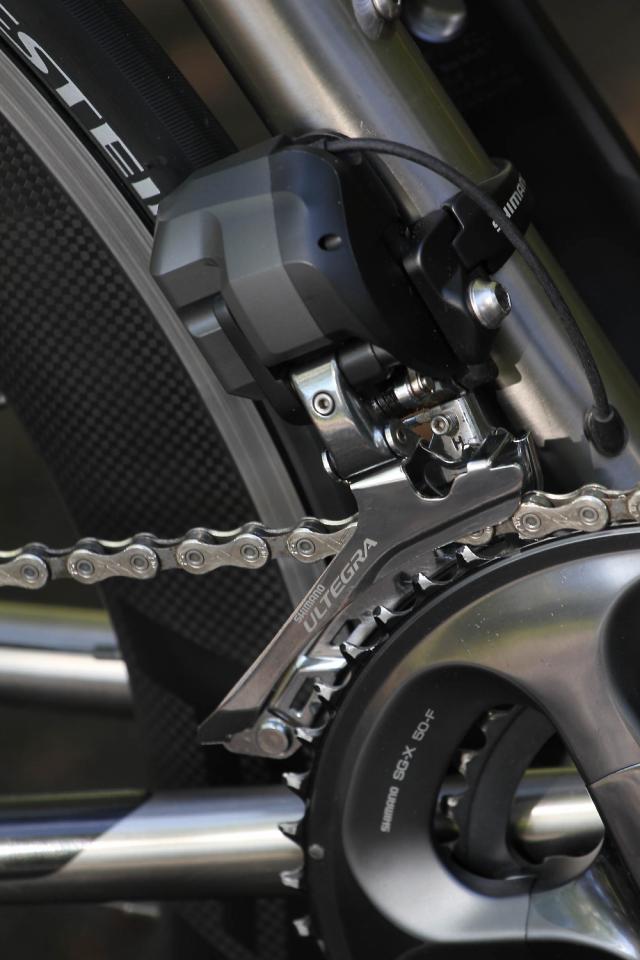 You do get that with the Aquilo although there are fewer options on offer than usual. The shifters and derailleurs, for example, have to be Ultegra Di2 – the frame isn’t compatible with mechanical shifting. The brake callipers have to be Ultegra too and the same goes for the compact (50/34T) chainset although you get to choose the length of the cranks. 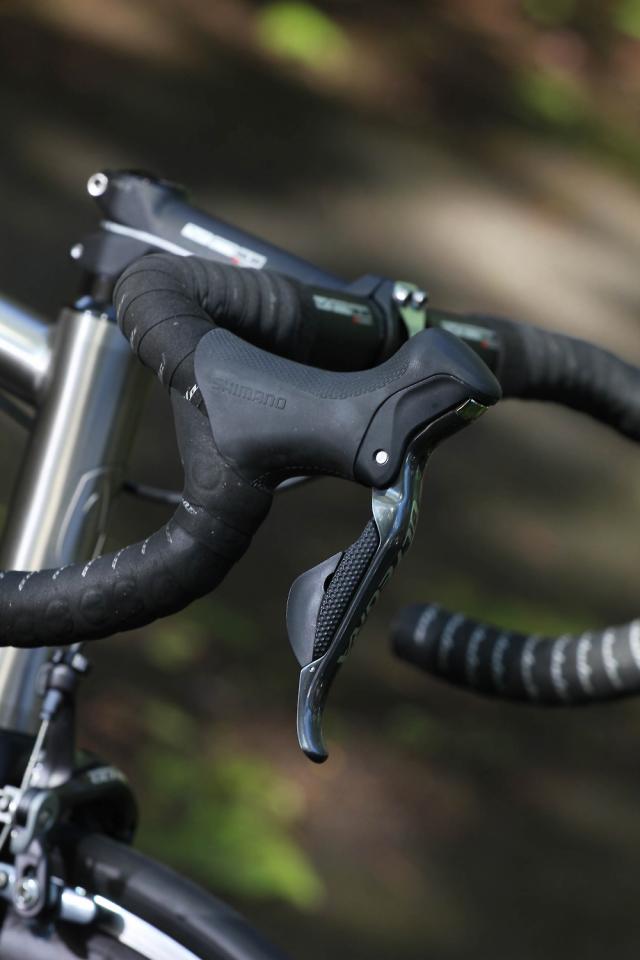 The wheels are Fast Forward F6R-C clinchers which come with 58mm-deep rims and alloy braking surfaces. They certainly look the part and we’ll be interested to see how they perform 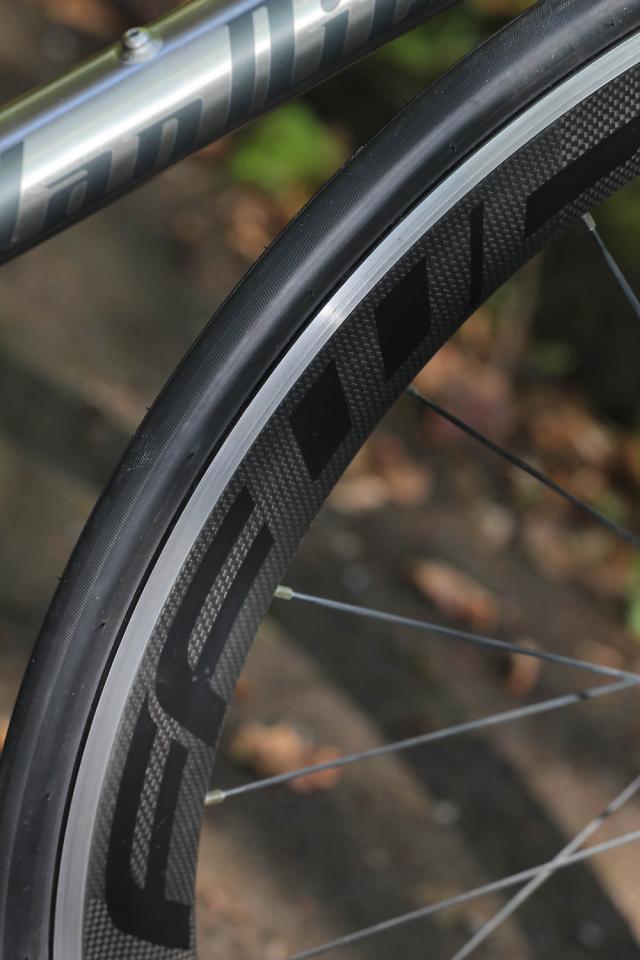 What else can we tell you that’s useful? You’ll already know, of course, that Aquilo is the name that the Romans gave to the personification of the north wind. Obviously, we didn’t have to find that off the interweb or anything like that.

Perhaps more usefully, we can tell you that the Aquilo costs €3,999 – which is about £3,200 at the moment – plus shipping. The weight? Ah, well, you’ll have to wait for the weight because we shipped it off to our man Stu before putting it on the scales. According to Van Nicholas it’ll be about 8.23kg (18.1lb), but we trust nuffink except the Road.cc Scales of Justice.

Anyway, that’s about yer lot for now. If Stu has had the Aquilo for a while already so there will be a full review on Road.cc shortly. Standby.