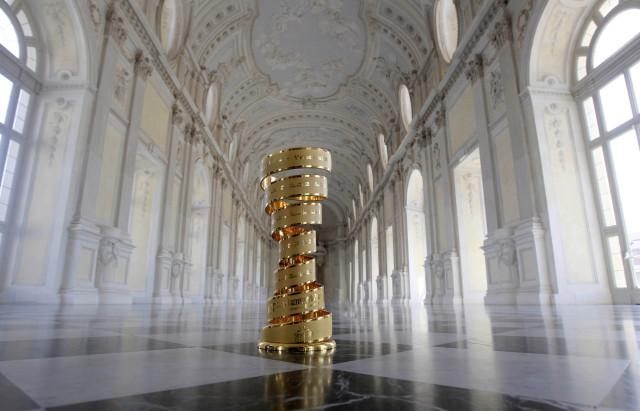 American's homework pays off as he takes first maglia rosa of this year's race...
by Simon_MacMichael

Taylor Phinney's homework in memorising each of the 17 bends of today's 8.7 kilometre time trial course in the opening stage of the 2012 Giro d'Italia in the Danish town of Herning was rewarded as the 21-year-old American took the first maglia rosa of this year's race for BMC Racing in a time of 10 minutes 26 seconds. Team Sky's Geraint Thomas, who minutes previously had posted what was the quickest time, was 9 seconds back in second place, with Garmin Barracuda's Alex Rasmussen, cheered on by big crowds in his native country, third.

The Gazzetta dello Sport, the newspaper which created the race 103 years ago, had identified Phinney as the man to beat on today's course, which featured a technical first half with a series of tight corners before giving way to a straighter second half. The American, a former world champion in the individual pursuit, had said that he knew the course so well he could do it blindfold, and it was on the second part of the course that he powered away to build up his winning margin, having been 2 seconds slower than Thomas at the intermediate time check.

Garmin-Barracuda’s Ramunas Navardauskus, the 35th of the 198 riders out on the course this afternoon, had set the benchmark time of 10 minutes 48 seconds, and the Lithuanian's time would remain the fastest for two and a half hours until it was broken three times in succession by three of the favourites for the win today, on a cold and windy afternoon, but one on which the rain held off.

The first of those riders, Manuele Boaro, the 24-year-old Italian riding for Saxo Bank in the home town of that team's maager, Bjarne Riis, equalled the fastest intermediate time which had been set an hour earlier by Orica GreenEdge's Brett Lancaster. Thomas, immediately behind him, went a second quicker despite having suffered a wobble on one of those early corners, and it was clear that Navardauskus's time was under severe threat.

Boaro completed the course 7 seconds quicker than the previous best time, but his leadership of the stage was short-lived as Thomas immediately went faster by nearly the same margin. The next-but-one man down the road, however, was Phinney, and by the time he crossed the line, he had not only pulled back the 2-second advantage that the Team Sky rider had over him at halfway, but also established a winning margin of 9 seconds.

There were still another 16 riders to come, but only Vacansoleil-DCM's Gustav Larsson, who would finish in fifth place, and Rasmussen, second to David Millar in the closing time trial in last year's Giro in Milan when he was with HTC Highroad, would come challenge the leading times.

Rasmussen, like Phinney and Thomas a world champion on the track - if nothing else, the the result of today's stage leaves fans ruing the absence of the individual pursuit from this summer's Olympics - was cheered on by home fans all the way along the course, but was 5 seconds down on Thomas's mark at the intermediate check point.

The 27-year-old Dane, whose career hung in the balance last year as a result of alleged wherebouts infringments, rode well in the second half, however, to clinch third place on a day characterised by solid performances throughout the Garmin-Barracuda team, with five riders in the top 20.

Michele Scarponi of Lampre-ISD, wearing the pink skinsuit that denoted his status as defending champion - the Italian was awarded the win after Alberto Contador was stripped of the 2011 victory earlier this year at the same time as he received his two-year ban - was the last man out on the course.

While Scarponi was never likely to have figured towards the top of the standings today, he may be disappointed with losing nearly half a minute to the man many see as his biggest rival for the overall title, 2006 and 2010 champion Ivan Basso of Liquigas-Cannondale.

1
Cyclist driven into by Range Rover driver blasts "victim-blaming twaddle" from police who initially refused to take action
2
"Unacceptably gross": Peloton cyclist's complaint over relative leaving bike in a sweaty mess goes viral
3
road.cc Recommends gets refreshed with 14 brilliant products
4
You can be the first to own the new Colnago Prototipo… but it’ll cost you – plus more tech news from SRAM, Pirelli, Brompton, Apidura and more
5
Two arrested after cyclist killed in suspected hit-and-run
6
Road rage motorist who drove with cyclist on bonnet avoids jail
7
USA Cycling accused of "transphobia" after individual pursuit medallist stripped of national championships medal
8
What’s the best bike for tackling the Transcontinental Race across Europe? Take a look at the leaders’ continent crushing machines