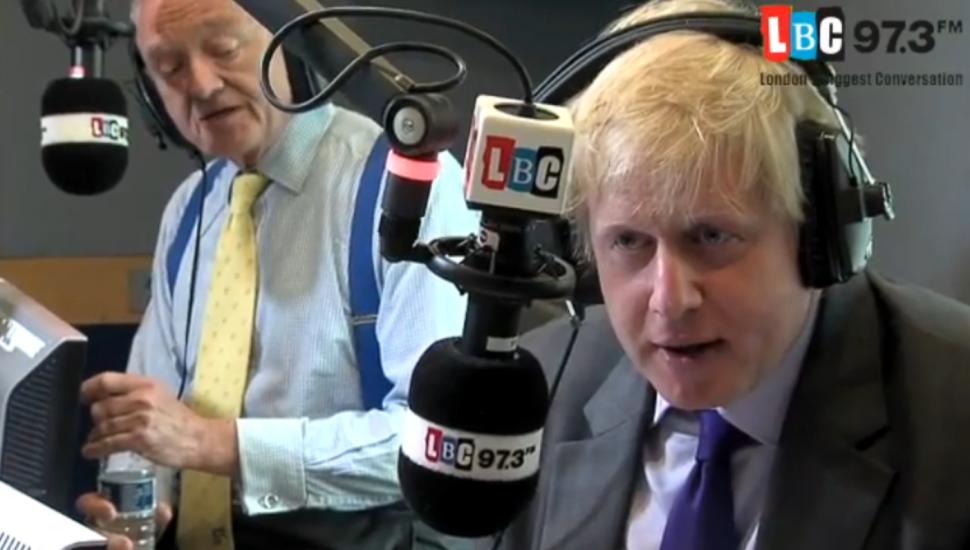 The Commissioner of Transport for London (TfL), Peter Hendy, has said that it will never be possible to make Bow Roundabout, where two cyclists lost their lives last year, “perfectly safe.” Mr Hendy’s comments come after a heated exchange on Tuesday regarding the safety of cyclists between Mayor of London Boris Johnson and rival candidates in next month’s mayoral elections including Ken Livingstone in a debate hosted by radio station LBC.

Brian Dorling, aged 58, was killed at Bow Roundabout as he rode to work at the Olympic Park last October. Visiting the site of his death shortly afterwards, his widow, Debbie, warned that other cyclists would be killed there. Within a fortnight, her chilling prediction had come true when 34-year-old Svitlana Tereschenko died, hit, like Mr Dorling, by a lorry.

Reports that TfL ignored safety recommendations relating to cyclists and pedestrians using the interchange contained in a report that it had itself commissioned, as well as concerns expressed by the London Cycling Campaign, have given Boris Johnson’s opponents ammunition to attack the mayor on the issue of cycle safety.

While Mr Johnson himself has claimed that he had been unaware of the existence of the report, commissioned ahead of one of his flagship Barclays Cycle Superhighways there, prior to those two fatalities, in his capacity as Mayor of London he is also Chairman of TfL, appoints its board and formulates its policy.

"We will never be able to make it [Bow Roundabout] perfectly safe," Mr Hendy told BBC London News. Asked whether there had been defects in the layout, which has since been reviewed by TfL, he stated: “At the time we designed it we thought it was the best solution.”

Referring to the redesign, details of which were confirmed last week including an ‘early start’ traffic light phase for cyclists, he maintained: "We have got two fatalities there and now we think we have got a better solution.”

Charlie Lloyd, campaigns officer at the London Cycling Campaign and himself a former lorry driver, disagreed, telling the BBC: "The roundabout is inherently unsafe - it is hugely hazardous for cyclists.

"So our solution would be to simply take out the roundabout all together. It's a flawed design, so why not get rid of it completely?"

Cycling was one of the subjects briefly touched upon during a debate on wider electoral issues hosted by the radio station LBC, with the Green Party candidate Jenny Jones, Brian Paddick of the Liberal Democrats, and Mr Johnson’s closest rival in the polls, former mayor Ken Livingstone, united in attacking him on the question of cycle safety.

Ms Jones called for traffic speeds to be reduced and urged for junctions to be made safer for cyclists.

“The first thing we have to do for cycling is to get a 20 miles an hour default speed limit over the whole of London. That would slow the traffic down, calm it, make it safer for cyclists and for pedestrians as well.

“And then we have to start being really serious about looking at every single junction, putting in safe junctions for cyclists and for pedestrians.”

Looking across the studio at Mr Johnson, she continued: “That has not been done under this mayor. This mayor has decided to smooth traffic flow – a Tory move, a Tory mayor who has decided to speed the traffic up. That has made the roads more dangerous for everybody.”

Referring to the death of Deep Lee at King’s Cross last October, he pointed out that at that junction, “two lanes go down into one. Cyclists have been arguing for ages to modify that junction. TfL refused to do so because it said it would slow down the traffic and as a consequence, somebody was killed at that junction.

“There is an obsession with the speed of traffic, whereas in fact what we need to do is make London’s roads safer for cyclists and pedestrians,” he added.

“That’s exactly what we are doing,” countered Mr Johnson, with Mr Paddick responding, “Now you are, because London Liberal Democrats on the Assembly have been arguing with you, have been asking you questions in Transport Questions, you have now finally decided to do something about it because there’s an election coming up.”

“We have a massive programme of investment in cycling,” insisted Mr Johnson, who did not address the accusations that he had focused on keeping traffic moving at the expense of safety, nor the specific incidents at Bow or King’s Cross.

“I think I have spent more on improving cycling in London than any previous mayor [editor – since the position was created in 2000, only Mr Livingstone has previously held office], by a considerable margin, I think Jenny would accept that…”

Mr Paddick interrupted, saying “Blue paint on the road does not make cycling safer,” while the show’s host pointed out, “cycling deaths are increasing, Mr Mayor, that is a fact.”

Mr Johnson continued: “We’re now going ahead with a big programme of improving gyratories and roundabouts and actually, as even Jenny I think would admit, it’s not just that casualties, KSIs [the number killed or seriously injured] are coming down on TfL roads, they’re coming down across London.

“There’s been a massive increase in cycling under this mayoralty, I don’t think any mayor could conceivably have done more to promote cycling… what I can tell you is we need investment in our transport infrastructure to improve cycling and that guy – Ken Livingstone – would cut it,” indicating his closest rival in the polls.

“I went down to Bow junction, the roundabout there, where two cyclists were killed,” said Mr Livingstone. “When you talk to the local cyclists, they spent 18 months with TfL planning cycling safety measures. Those were taken out.

"When Transport for London officials went to see the Mayor's Advisor for Transport, then Kulveer Ranger, and said this would put cyclists at risk, Kulveer Ranger said 'The Mayor's priority is traffic flow,'” he claimed.

"Now the police are investigating TfL over a potential corporate manslaughter, based solely on a decision Boris Johnson took which has claimed the lives of two cyclists," he concluded.

"I think that's a pretty reprehensible thing to say,” responded Mr Johnson, although he acknowledged, “I understand why people want to blame me for the deaths of cyclists in London."

As the mayor continued speaking, Mr Livingstone pressed him on the issue, asking, “Did Kulveer Ranger say that or not, Boris?” with Nick Ferrari asking Mr Johnson, “Is Ken Livingstone lying?”

“Did Kulveer Ranger say that or not?” repeated Mr Livingstone, adding, “Kulveer Ranger said ‘The mayor’s priority is to smooth traffic flow, we’re not putting those safety measures in.’”

Mr Johnson replied simply, “I’ve no idea what Kulveer Ranger may or may not have said.”

As we reported yesterday, 30 April, three days before the mayoral election, will see the same four candidates discuss cycle safety in what is certain to be a much wider-ranging debate jointly hosted by Sustrans and The Times.

Cycling is of course just one of the many issues that are being debated in the run-up to the election, but it is one of the most important ones within the area of transport, which as the campaign group Londoners on Bikes points out is the area of policy over which the city’s mayor exercises most control.

With opinion polls suggesting that the battle between Mr Livingstone and Mr Johnson will be a close one, and second preference votes also coming into play, there is a strong feeling among cycle campaigners that the views of those London voters who are cyclists may prove influential in swaying the election one way or the other.

Meanwhile the LCC has today published its analysis of the cycling policies of the four principal candidates, and says that “Boris Johnson's and Brian Paddick's manifesto promises fail to meet the needs of cyclists,” adding that they “would not do enough to improve safety for existing cyclists or encourage many more new people to cycle.

“The Green Party’s Jenny Jones has by far the strongest manifesto for improving conditions for cycling, with Ken Livingstone in second place, considerably ahead of Johnson and Paddick,” LCC added.

“Livingstone’s cycling policies are more encouraging in many ways, but there’s still a major concern that, like Johnson, he won’t prioritise cycling over motor traffic.

“Perhaps having Jenny Jones – who is by far the most impressive candidate for cycling policies – as Livingstone’s cycling advisor, as he has committed to doing, will change his approach?

“We want Londoners to join our Big Ride on 28 April to tell Johnson and Livingstone they must create safe and inviting space for cycling, prioritising cyclists as they do in Holland," he added.