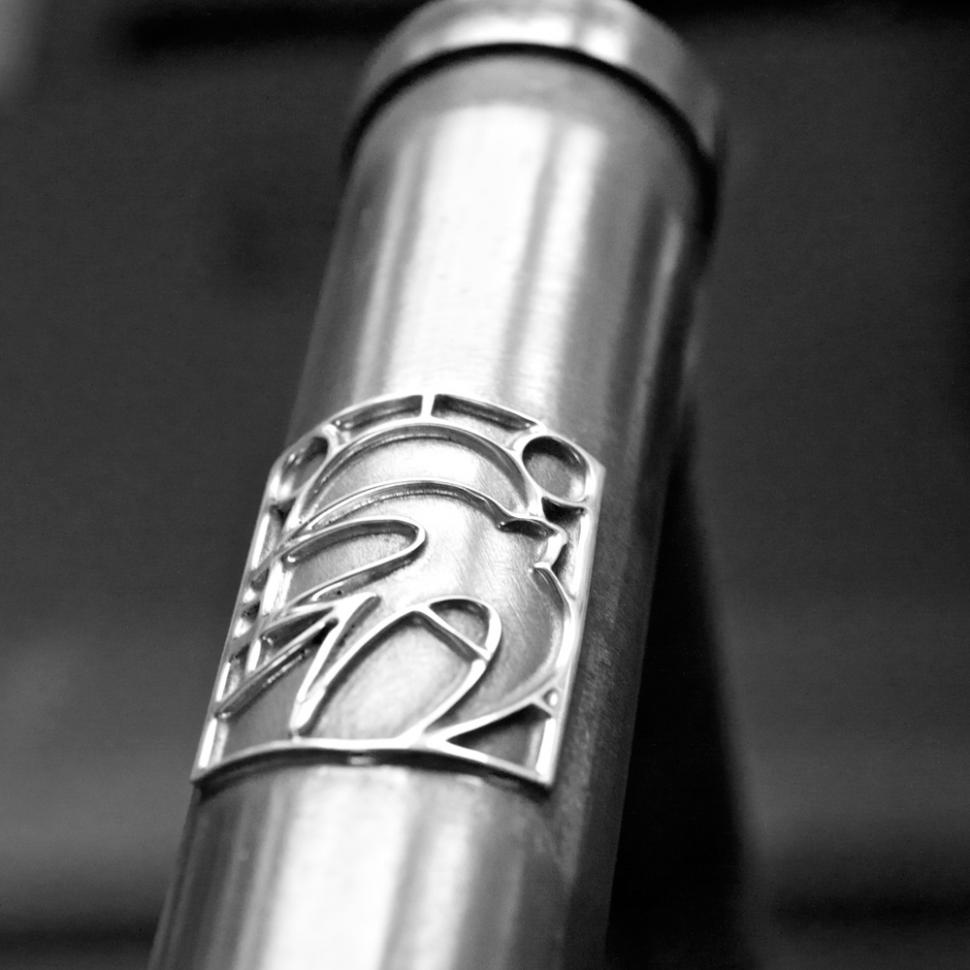 They're back: Swallow to re-launch at Bespoked Bristol

The bespoke bicycle frame maker Swallow Handmade Frames is to relaunch at the Bespoked Bristol Show coming up.

Well known in the 1980s and '90s in the UK for their innovative frames and specialist components for tandems and mountain bikes, Peter Bird and Robert Wade are hand-making frames again after a 12 year break. Back in the day they were the world's youngest Reynolds 753-approved frame builders.

"Each frame will be individually built either by Peter or Robert using British Reynolds 953 or 853 tubing or Italian made Columbus," say the pair announcing their comeback. Every hand-made frame is going to have an individual hallmarked silver number plate showing the date it was completed and the initials of the builder together with a solid silver head-badge. "Unlike the old days when we were making three or four frames a week, we plan to limit production so we retain a good work-life balance while giving clients a reasonable delivery time," says Peter Bird.

Swallow frames only ever were made as one-off items we remember when the business was based in Essex with around 2,500 made, they reckon, between 1981 and 1999. According to Bird, who was a goldsmith by original training, "It's been a very exciting journey re-launching the brand and great fun to get back to building frames again," before adding, "We are doing this because we love it and have a passion for it. Also it is a very strong asset to our current business."

And that business is Bicycles by Design which has already been running for two years in Jackfield, Shropshire "the home of the Industrial Revolution" according to the boys, and right by the famous Iron Bridge that provides inspiration along with the original  swallow for that new headbadge. "We are proud to bring small-scale artisan manufacturing back to such an historic site," says Wade. "We have the silver headbadges and number plates made and assayed locally in Birmingham. And of course, remember that historically Birmingham and Coventry were the power house of world bicycle production in the early part of the 20th century," adds Peter Bird.

The Bicycles by Design retail business sells their own Landescape brand of made-to-measure aluminium and carbon-fibre bikes and tandems which they outsource to two small specialist manufacturers in Europe. "Working with a French company, we are launching what we believe to be the first made-to-measure carbon-fibre tandem frame in the UK at the Bespoked show," adds Robert. They also sell Co-Motion, Tout Terrain, Airnimal, Helios tandems, Birdy folding bikes as well as Genesis and Van Nicholas plus they run the parallel businesses of the web-based Tandem Shop and The Tandem Experience which offers tandem training and holidays.

According to Robert Wade, "Our clients are looking for an attention to detail and a personal element in the whole process of buying a quality bike. Something, no matter how much you might pay, that is not possible from the big brands."

If that's not enough to keep them busy, Peter Bird and Robert Wade are also offering clients the opportunity to build their own frame with one-to-one tuition. "I was probably one of the first frame builders in the UK to offer this back in 1993," says Peter, adding, "It's an enjoyable experience for us and the client. Enabling someone to create something with their hands feels as good as doing it yourself."

Meanwhile, apart from the new/old Swallow Handmade Frames opening at Bespoked in Bristol on Saturday there will be favourites from last year's inaugural show like NAHBS-winning Demon Frameworks, Paulus Quiros, Feather Cycles, Donhou, Enigma and Brian Rourke plus a host of newcomers some of whom are in fact industry stalwarts from before the very dawn of time.

Names like Chas Roberts and Argos Racing Frames will be joined by an international contingent led by Pegoretti and Cinelli while the list of parts and accessories brands is pretty impressive, too. Brooks, Reynolds and Columbus good enough for you? A total of 90 exhibitors, in short. And the coffee will be from Look Mum No Hands. We think we're actually going to cry with excitement.

Road.cc will be helping out on a judging panel also consisting of authors Rob Penn (It's All About the Bike) and Nick Hand (Slowcoast) as well as respected MBUK journalist Steve Worland and Matt Skinner from What Mountain Bike. God knows how we'll agree on categories 'Best Road Bicycle,' 'Best Track Bicycle,' 'Best Utility Bicycle,' 'Best Off Road' and 'Best New Builder.' As for 'Best in Show,' well, that might  get bloody although everyone seemed to agree on last year's Tom Donhou so there's hope.