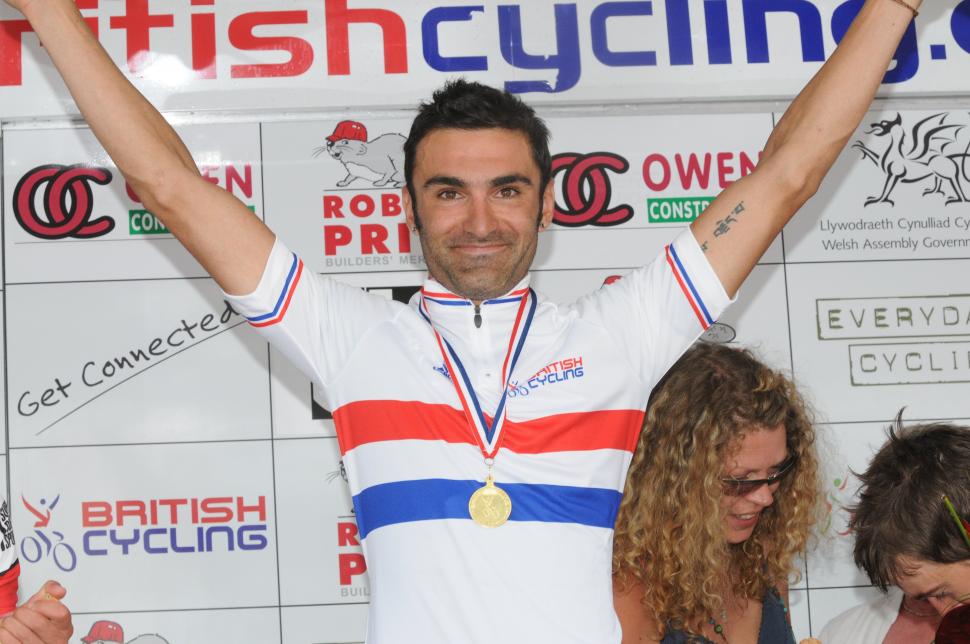 Rapha Condor rider Kristian House capped a busy week in fine style today by taking the British road race Championships in Abergavenny. House, who has been a mainstay of the Rapha Condor team during the recent Tour Series, beat Cervelo's Daniel Lloyd and Peter Kennaugh of 100% ME in a three main sprint.

In some respects the final shakedown was not dissimilar to Saturday's women's race with the three riders combining to dispose of the early pace setter, Chris Froome (Barloworld) on the last lap of the 104-mile race, although the Baroloworld rider wasn't that far from the line when they did so. What was different was that the finale to the women's race featured the three best known riders in the field – while in the men's race all the big names were stuck back in the peloton. Oh, and today there was never any question that the U23 champ, Kennaugh would also keep his bronze medal in the seniors classification.

Chris Froome was the catalyst in this race, he attacked early in the day along with Bradley Wiggins and at one point the pair enjoyed a lead of over two minutes however the main field driven on by the likes of Mark Cavendish eventually closed them down on the third of the final 10 finishing laps of Abergavenny. Wiggins sat up, but Froome just kept going and the field let him.

Dan Lloyd (Cervelo) was the first rider to react quickly followed by House and Kennaugh in what the former afterwards described as “a soft move” the three effectively rode off the front of the peloton which then failed to do anything to stop them. Of the three Lloyd had been here before – finishing second to David Millar in the 2007 Nationals.

Froome continued to blaze away on his own at the front and even when caught on the final lap refused to lie down. As soon as the trio started to get tactical he got back on and attacked again, with 1Km to go he gave it his final shot. Kennaugh, the fastest finisher of the chasing trio, was the first to react and House stuck to his wheel, Froome was disposed of but as they came out of the final corner it was obvious that Kennaugh had gone too early and both House and Lloyd passed him in the final few metres to the line, with the unlucky Froome coming home fourth.

Kristian House's win, from quite possibly the strongest field ever to contest this race, is an indication of the current strength in depth of British road racing as is the fact that two of the three riders who finished behind him rode well in last month's Giro d'Italia and the other, Peter Kennaugh finished third, and won a stage of the Giro Bio the amateur version of the race for young riders.