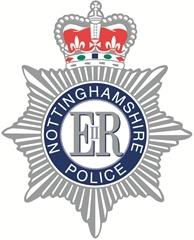 Nottinghamshire Police have arrested four people in connection with the hit and run incident last Friday that has left one of its off-duty bike officers, PC Diederik Coetzee, in a critical condition in hospital.

Each has been arrested on suspicion of dangerous driving, failure to stop at the scene of a collision, and failure to report a crime, the force said in a statement.

It added that the vehicle believed to have been involved in the incident in Blidworth Lane, Mansfield, last Friday evening, a Volkswagen Corrado, had also been seized and was being subject to a forensic examination.

One line of enquiry that was being pursued by police was that the driver may have been someone previously arrested by PC Coetzee, originally from South Africa, who earned the nickname ‘Robocop’ after breaking records for the most arrests in a year.

However, it is not clear at this stage whether any of those arrested had been involved in previous dealings with the 54-year-old officer, who has been with the force for a decade.

The first arrest was made yesterday, when a 32-year-old man was taken into custody. That was followed in the early hours of this morning by the arrests of two more men, aged 25 and 29, and a 36-year-old woman.

Police added that as part of their investigation, they had visited local scrap metal merchants and mechanics, speaking to people living nearby and examining CCTV footage.

They also said that “hundreds of messages of support and well wishes from the public have flooded into Nottinghamshire Police for PC Coetzee and his family since the collision.”

PC Coetzee remains in a “critical but stable” condition in hospital, and police have repeated their call for witnesses, who are asked to contact the Crash Investigation Team on 101 extension 800 2225 or call Crimestoppers anonymously on 0800 555 111.