Those of you with a good memory for shiny bikes will remember that when Whyte launched the their urban bikes back in the middle of 2010, the Montpellier was more of a money-no-object design exercise than a genuine commercial proposition. It had a 16lb all-in weight, Hope wheels and disc brakes, SRAM Red componentry and a salty £3k price tag.

Spin forward a year and it's still in the range, but this time around it's about half the price – £1,599 to be precise – and it still manages to pack in some pretty high level componentry. Let's have a quick look. 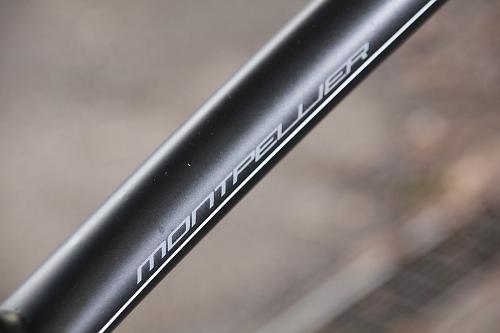 The frame is the same R7 alloy unit as the cheaper Striling, save for an upgrade to a press-fit BB shell. It's a custom-drawn, multi-butted and hydroformed chassis and it's based on Whyte's MTB geometry so it's fairly rangy; our XL bike is only 53cm centre to top on the seat tube, but it's 61.5cm along the top. A shortish 90mm stem should quicken up the fairly slack – in road terms at least – 70° head angle. Fork-wise it's an upgrade from the Stirling's Carbon/alloy affair to a full Carbon component. Strangely, while there's masses of room for a mudguard there's no holes to fit one. You can have a rear 'guard though, or a rack if you fancy. 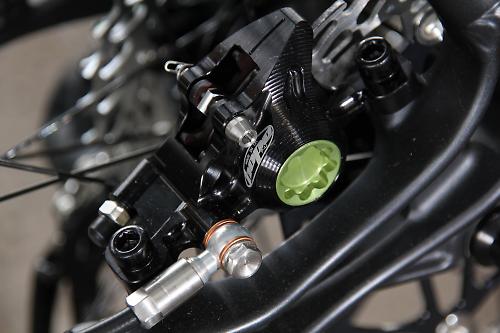 Obviously you're not going to get the same level of spec on this £1600 bike as you did on last year's three grand super-commuter, but there's still lots to like. For a start you get to keep the Hope disc brakes – X2 race to be precise – and the wheels have Hope Evo hubs too, laced to cheaper Alex rims. 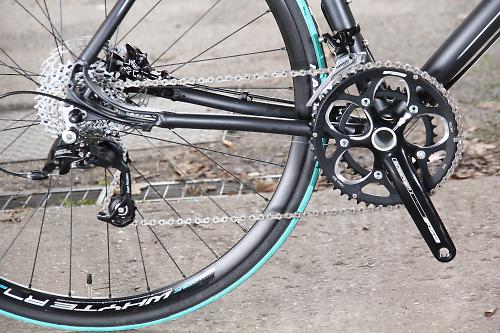 All the SRAM Red has gone, naturally, but you still get a 20-speed transmission with a Rival rear mech and and a two-lever shifter. The front mech is Apex, the chainset an FSA Gossamer compact. At the back there's an 11-32T cassette that should winch you up pretty much anything.

The changes have had an effect on the weight, of course, but at 19.5lb (8.8kg) for the largest size, there's still not many disc-equipped hybrids lighter than this one. We'll be doing the work run on the Montpellier and dragging it round some long rides too; stay tuned for our review.