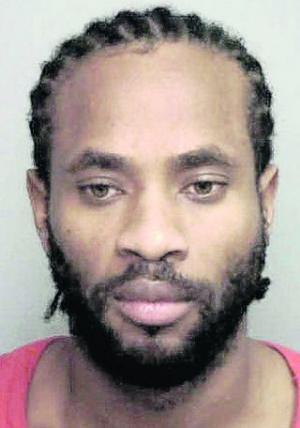 A driver who was the subject of a nationwide manhunt after he ran over a cyclist in Oxford on purpose has been acquitted by a jury of attempted murder but convicted of wounding with intent and jailed for nine and a half years.

Passing sentence at Oxford Crown Court as well as a ten-year ban from driving, Mr Justice Nicol sent out an unequivocal message, saying Crooks’ actions represented “a gross misuse of a car, which has to be marked."

"I do not accept that your remorse is genuine.

"Only a custodial sentence is appropriate."

Rohan Crooks, aged 34 and from Walthamstow, North East London, who also had connections to Oxford, went on the run for more than two years after the incident in Cuddesdon Way in October 2008.

As previously reported on road.cc, after being featured on the BBC TV programme Crimewatch and Thames Valley Police’s ‘Badvent Calendar’ of its most wanted criminals, Crooks eventually turned himself into police in February this year.

Reports of last week’s court proceedings in the Oxford Mail, however, cast a new light on the incident; it transpires that the victim and his assailant were acquainted prior to the incident to which the charges related.

So rather than targeting a cyclist he didn’t know, Crooks had aimed his vehicle at a specific person; indeed, it’s unclear whether the man he hit, Orville Francis, known as Dean, was actually on his bike when he was struck.

Prior to the incident to which the charges related, Crooks had been involved in an argument with the Francis outside shops in Oxford’s Blackbird Leys Road.

Mr Francis told the court that the dispute between the pair had its roots in a car owned by a friend of his, whose name was only given as Murphy, apparently causing damage to Crooks’ Lexus.

He said that he told Murphy to make arrangements to either pay Crooks in cash for the damage, or to tell his insurance company about the incident.

Murphy did not appear at the shops in Blackbird Leys as had been arranged, but Crooks did, and during an argument with Mr Francis, was said to have produced a knife. Crooks himself denied that, but accused one of two men accompanying Mr Francis of having threatened him with a knife.

He told the court that Crooks then drove off while he himself, accompanied by two friends, headed off along Cuddesdon Way.

According to the Oxford Mail, Mr Francis told the court: “Next me recall Steve behind me [saying] ‘Dean, Dean, Dean, look out, look out’.

“I think my man [Crooks] was going to come back with knife so put my bike and flung it to the side to spin round to see what’s going on.

“It’s like a split of a second. I saw this car was about right there," indicating a chair a metre away from where he was standing in the court.

“I saw the car looking down and the bumper, I saw Kerissa [Crooks' then girlfriend] in the car and that’s the only thing I can remember.”

After being struck by by Crooks’ car, Mr Francis and dragged for 40 feet along the road. He spent a month in hospital recovering from his injuries, described as life-threatening.

Crooks, who had told Oxford Crown Court that his brother had been shot dead in his native Jamaica just a few days before that October 2008 incident, pleaded not guilty to the charges of attempted murder and wounding with intent.

He pleaded guilty to the counts of inflicting grievous bodily harm and dangerous driving. He was also acquitted on a charge of carrying a bladed article.

He had told Oxford Crown Court that his brother had been shot dead in an incident in his native Jamaica just a few days earlier.