The fixie people at Foffa in London are working on a geared road frame for the Spring. It will feature classic 'Audax' geometry and steel tubes, probably Columbus Cro-Mo 'Thron'.

With a work-in-progress name of 'Gears' which their Tyson Sadlo thinks might stick since they've had the testing prototypes around their E1 address, the new road frame will sell on the same basis as their existing Prima singlespeed frames; that they keep in stock a selection of nine colours and then build up exactly what you want down to the colour of the bar tape and saddle.

Their 'Mix Your Fix' tool on the Foffa website can keep you amused for hours and prices are keen if not the very cheapest working on the assumption that there's a happy sweetspot where price and performance of parts intersect for maximum value.

Foffa - named after their Venetian founder Dani Foffa - reckon a Shimano Tiagra 10-speed 'Gears' build will sell for £900 which seems in the right area; meanwhile they're tweaking the details so that mudguards and a rear rack will fit within the classic 'neither-too-long-in-the-wheelbase-nor-too-short' geometry for general all-round riding including light touring through to training.

The Minx site only sells women's cycling clothing and the YMX kit from Yellowman is some of the more unusual and distinctive kit on it, based as it is mostly on tattoo art. What we particularly like on this 'Henna' model are the separate co-ordinating arm warmers in anything but the usual plain black. The short-sleeve jersey costs £70, the armwarmers £24, opening up opportunities to wear pretty much all year long. TRP stands for Tektro Racing Products; off to the side of the mainstream Tektro brake brand and used to trial and develop special products which may eventually make it onto everyday bikes. We saw these TRP RRL-SR drilled levers first on a tasty singlespeed Condor at The Cycle Show in Birmingham. Now we see they're available separately for £79.99. The 'natural' rubber hoods should complement your Brooks saddle nicely, the drilling reminiscent of 1970s lightweight racers but the ergonomic shape is right up to date with the smoothest cable quick-release built in. 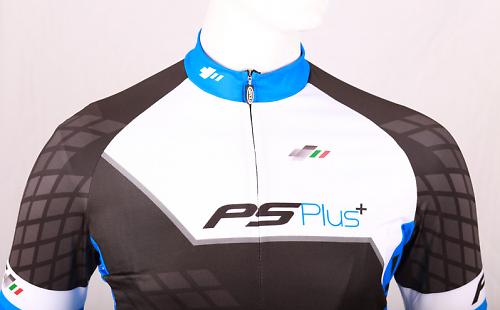 The list of cycling organisations endorsing ProSport's custom kit service is as long as your arm and contains such illustrious names as the Wigmore CC, numerous police and fire service regions as well as British Airways' own in-house cycling club. This week, they've launched a new range called PS+ which as the 'plus' suggests is a premium line featuring the most technical modern fabrics; they are particularly proud of an all-in-one skinsuit that feels as comfortable as the softest Merino wool fabrics. 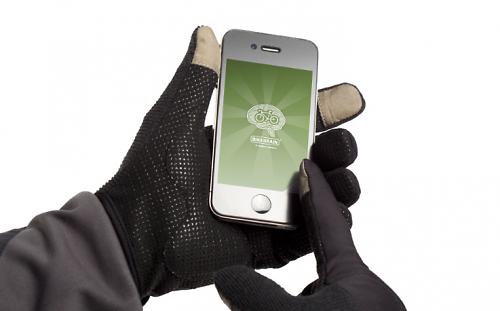 Unless you work in a bike shop, you won't care that the cool techie products from the Biologic brand are now being distributed in the UK by a new company but we think you might be interested that this offshoot of the Dahon folding bike company will be more widely available in the shops as they're Very Good; we think,anyway. For starters, they offer warm winter gloves called Cipher for a very reasonable £30 that have the clever benefit of working your touch-screen smartphone; basically the fabric conducts tiny electric currents. Then there's a handlebar iPhone holder for £45 which we have in for test, stand by on that. One of our favourite things you won't need to visit a bike shop to collect, though, is an iPhone app called BikeBrain which is either free or 0.99p depending on how much clever functionality you want. There are a couple or three things we really like about the forthcoming Uvex Ultrasonic Race helmet, starting with it costing under the ton at £89.99 for a full-spec, lightweight race-spec model. It comes in three sizes, the largest of which covers the brainy but oft-ignored 58-62cm sector but there's bug mesh in the front vents and an ingenious head ring which ratchet-adjusts for both diameter and height. Not bad for an all-up weight of 210 grams. 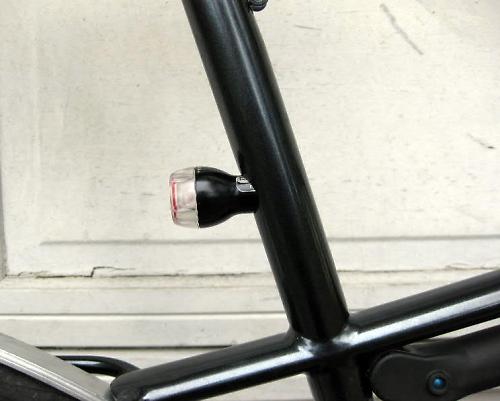 Rob English is a British frame builder settled in Eugene, Oregon and doing some of the most interesting and innovative work. Well worth a look is his own winter bike which has several fascinating features including an integral rear rack and trailer mount. Neatest though is a seat tube specially designed to accommodate an Exposure Flare rear light at just the right angle and secured internally, rendering it theft-proof. Also in the USA in Oregon but Portland this time is a company called Icarus and apart from making some lovely little lights they're offering an upgrade battery for Shimano Di2 which is small and long and designed to fit down inside the frame beneath the seatpost. The battery is lighter, has double the life of the original and costs either US$160 or 175 complete with a micro-USB port that a frame builder will need to braze or bond into your frame. 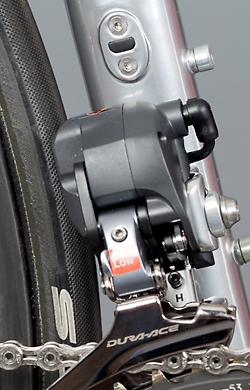