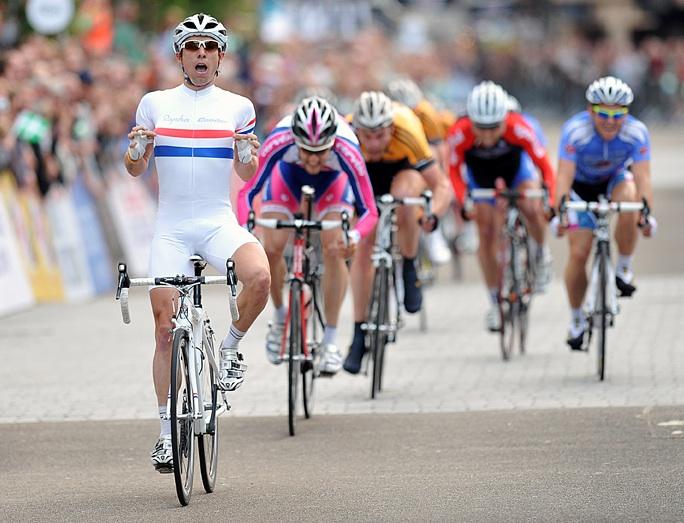 Tour Series Round 2: Downing wins as Rapha Condor move up the standings

Fine weather, a carnival atmosphere and huge crowds greeted the riders for the second round of the Tour Series in Exeter last night. On a classic, compact street circuit of sharp turns, narrowing straights and fans banging the boards, Rapha-Condor rider Dean Downing claimed a great win at the end of a frenetic hour’s racing.

By mid-way through the race a group of a dozen riders, containing Downing, had formed. The break, also containing Olympian Ed Clancy, stayed away until Rapha-Condor rider Downing attacked in the last 200 metres to take the win. After his slightly disappointing race at the Milton Keynes round last week, Downing was obviously out to put things right in Exeter, and his finishing kick showed just why the 2008 National Circuit Champion is one of the UK’s best exponents of this type of racing.

Rapha-Condor won the team prize on the night, with Downing, Tom Southam and Kristian House making up the winning trio coming home in 7th and 10th places respectively. After two races of the 10-round Tour Series Candi TV – Marshalls Pasta hold on to the overall team leaders’ jerseys - after a solid team performance with last week's winner Graham Briggs bagging 4th and Simon Holt 8th home of the top 10. Rapha-Condor are in second in the team standings and Plowman Craven in third. 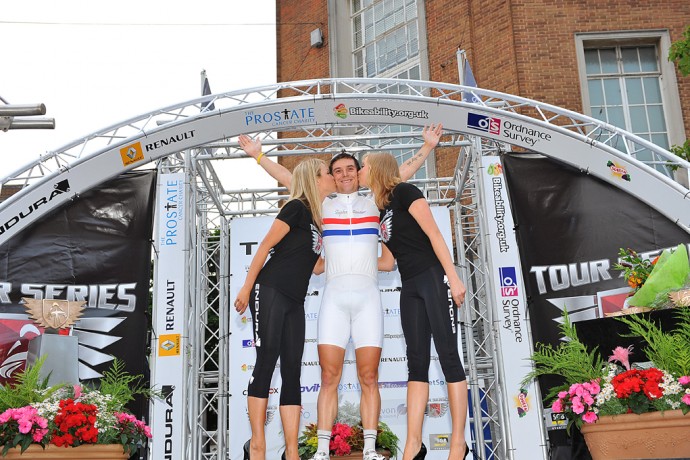 Tour Series Team Standings after Round 2

Full results will be available on the Tour Series website: www.tourseries.co.uk

Highlights of last night's Tour Series action will be on ITV4 tonight at 7PM.

The race now moves to Woking on Tuesday the 2nd of June, as the Tour Series begins it’s bi-weekly racing. After the Woking event proceedings quickly move to Peterborough for Thursday night’s race. 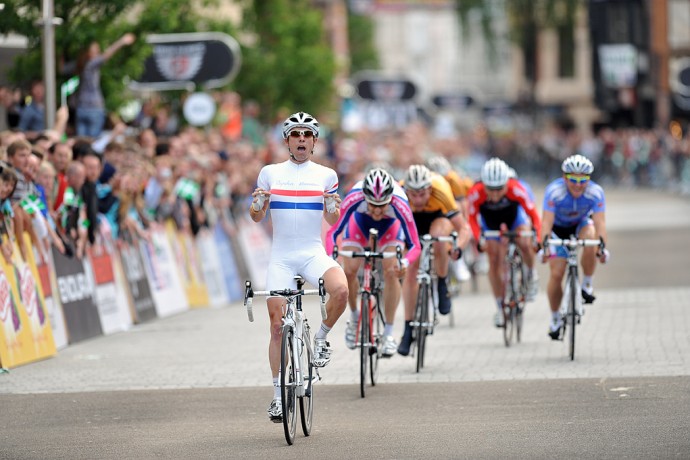