Dutch titanium specialists Van Nicholas have a new lightweight road bike called the Aquilo that’s compatible with Shimano’s Di2 electronic shift systems. They were showing off the new bike at Eurobike earlier in the month and it should be available to buy within weeks.

The Aquilo is built to a race geometry using Van Nicholas’ custom drawn 3Al/2.5V seamless cold-worked titanium tubing. It features a press-fit bottom bracket and a fully integrated headset and the Di2 cables run internally. The frame comes with a lifetime warranty, as do all Van Nicholas models.

Van Nicholas are calling the Aquilo a ‘high voltage speed machine’ and it’s lot cheaper than the Astraeus, the brand’s top-level road bike. An Astraeus frame will set you back €2,395 (about £2,080) whereas the Aquilo is €1,399 (about £1,215). As ever with Van Nicholas, you can opt for a complete bike where you can go with their suggested components or tweak the spec as you like.

Van Nicholas’ head honch Jan-Willem Sintnicolaas said, “With full Ultegra Di2 and Fast Forward 50mm wheels the retail price is €3,999 or £3,399, so it is incredible value for money. We have already sold quite a few and expect a lot of this bike.”

In that build Van Nicholas are claiming a complete 56cm bike weight of 17.5lb (7.94kg). That’s not as low as you could expect from a carbon race bike at that price point, but it's not a million miles away. 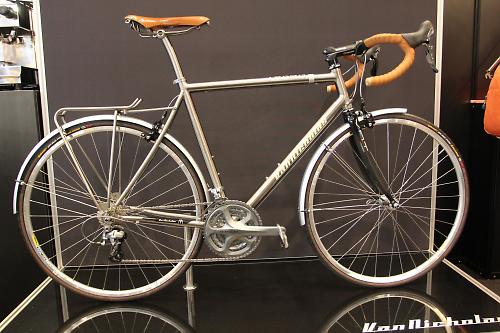 The Yukon audax bike isn’t new to the Van Nicholas range but the geometry has been altered for 2012 with extra length added to the top tube for increased stability. It’ll handle anything from a fast road ride with the chaingang to light touring, so it’s pretty much a bike for all seasons. Van Nicholas will even spec it with a riser bar and a mountain bike groupset if you want. Go for the standard Shimano 105 build and it weighs 18.4lb (8.34kg) and costs €2,233 (£1,939).

That’s Van Nicholas’s own VNT saddle in the pic, by the way, with ti rails and a leather cover, but you can go for something a bit more mainstream if you prefer. Van Nicholas are well into the whole belt drive thing, offering the Zion mountain bike in belt drive as well as the Pioneer expedition-touring bike and both men’s and women’s versions of the multi-purpose Amazon.

The Pioneer Belt Drive comes with a 14-gear Rohloff hub so you really shouldn’t have to worry about maintenance often. In fact, with a ti frame, no chain to rust and enclosed gearing, we're guessing this bike might just last forever. It’ll cost you €3,123 (£2,712) in the standard build. 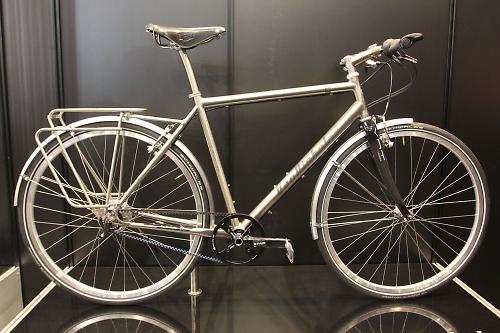 The Amazon is one of those bikes that doesn’t fit neatly into any particular category – it’s a tourer or a crosser. Or an Audax bike. Or even a road bike. Versatile, then. For 2012 the belt drive option costs €3,069 (£2,666) and that again gets you a 14-speed Rohloff hub gear. In fact Van Nicholas bill it as a cross/touring/road/audax/flat bar bike… which pretty much covers all bases, makes you wonder if they really need to do anotehr bike in the range. 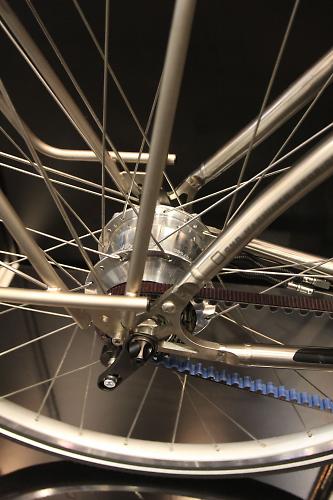 The Amazon is much lighter than the Pioneer with a lower front end and 700c wheels rather than the Pioneer’s 26in. You can spec mudguards, a rack, a kickstand, bar ends… whatever’s going to make your life easier, basically.