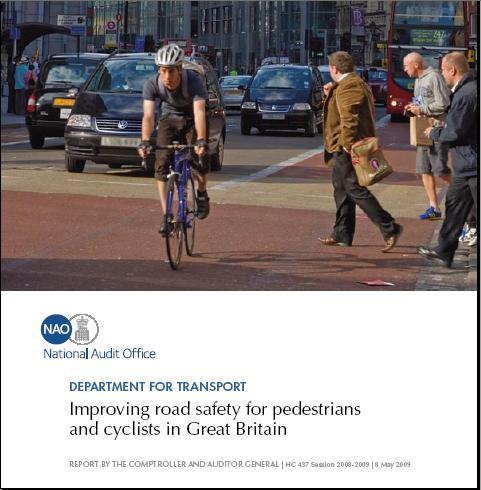 Results show cycling is safer than 15 years ago, but danger levels have had a recent increase
by Rebecca McIlhone

New figures out today show that while cycling has become much safer over the past 15 years, danger levels experienced a sharp 11 per cent increase in the three years to 2007.

The report shows different trends for different groups with the overall levels of deaths and serious injuries on the roads falling by 11 per cent from 2004 to 2007, but rising by 11 per cent for cyclists over the same time period, despite the amount of cycling staying broadly constant.

The National Audit Office report for the Department of Transport, called Improving Road Safety for Pedestrians and Cyclists in Great Britain shows, nevertheless, that the 2007 figures for deaths and serious injuries among cyclists had declined by 31 per cent on the average figures for the years 1994-1998. Isn't it wonderful what you can do with statistics.

Despite an overall fall in the number of road deaths, the UK is behind other advanced industrial nations in terms of the number of cyclists and pedestrians who are injured and killed on the roads. 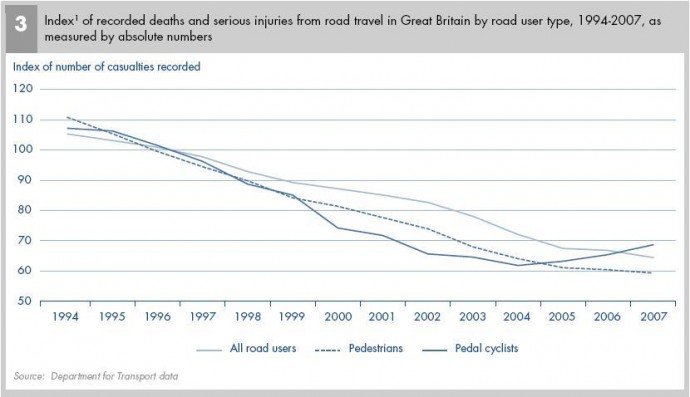 NB: One hundred on the chart is equal to the average for the five calendar years 1994 to 1998, which the Department uses to measure its progress against. 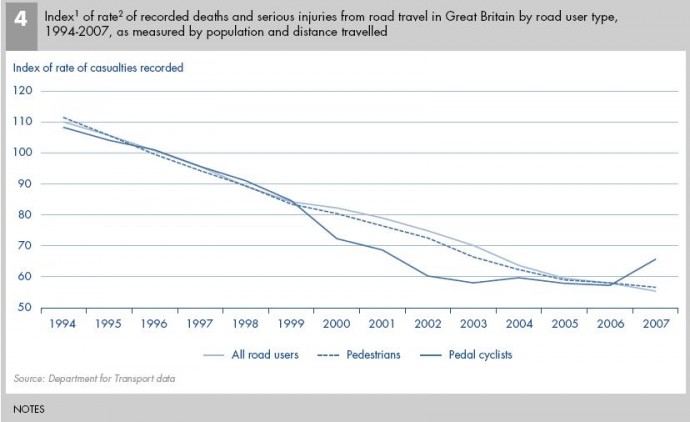 Yesterday the CTC launched its Safety in Numbers research, showing that the places in the country with the most cycling activity have the lowest numbers of cycling casualties.

Their research shows York, Cambridgeshire and Hull are the places with the highest cycle use and are also the safest places in the country to cycle.

Meanwhile in London, which the National Audit Office figures show is the most dangerous place for cyclists, the CTC says bike use has increased 91 per cent since 2000 with a corresponding 33 per cent reduction in the number of cyclist casualties over the same period. All this is firm evidence, says the CTC, that the more cyclists there are, the safer cycling becomes.

Follow the link to the CTC's Safety in Numbers pamphlet