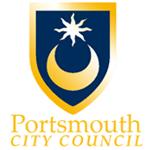 An 80-year-old motorcyclist was taken to hospital in Portsmouth on Thursday after being hit by a van at a junction that cycle campaigners had highlighted to the local council as being dangerous after a cyclist was injured in a collision there in May.

In the wake of that earlier incident, Portsmouth Cycle Campaign had urged for signs to be put in place warning drivers to look out for other road users, but no action was taken.

Now, Conservative councillor Donna Jones, whose Hillsea ward includes the site of the accident where Northern Parade meets London Road, has said that she will contact Portsmouth City Council’s traffic team to ask them to conduct a review of the junction, reports The News.

Thursday’s accident took place when the motorcyclist was involved in a collision with a Renault van. He was taken to hospital by air ambulance, where it was established that his injuries were not as bad as had first been feared and he was treated for minor injuries.

PC Steve Wilkinson of Hampshire Constabulary commented: “The gentleman’s injuries were not as bad as we previously thought. Given his age we had to err on the side of caution so he was assessed by ambulance services who deemed his injuries as not serious or life-threatening.

“He was treated for minor cuts and bruises and we were able to open the road again quickly.”

The accident took place where a bus and cycle lane comes to an end, allowing traffic making a left turn into Northern Parade to go across it.

“It’s a very unusual junction,” explained Councillor Jones. “The council’s traffic department should review it in part to protect vulnerable road users like motorcyclists and cyclists.

“Serious accidents are occurring and we need to put a stop to them,” she added.
“With all the new development that is starting to happen an extra 1,600 people are going to be living in Stamshaw and Hilsea, so the junction is only going to get busier,” the councillor concluded.