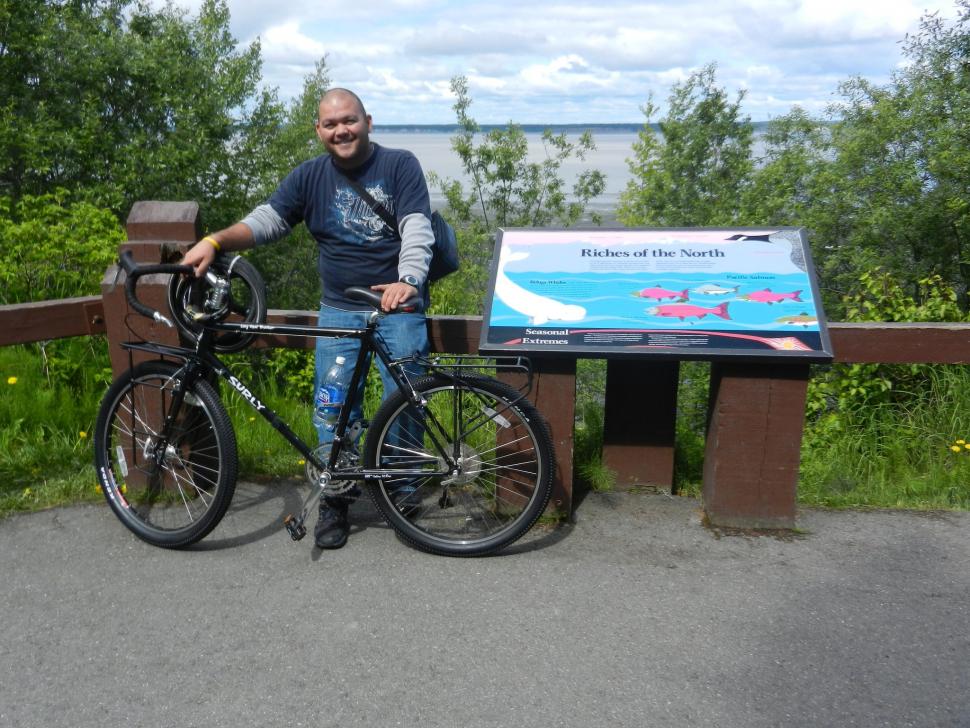 A cyclist attempting to ride from Alaska to Argentina has been stopped in his tracks by the theft of his bike in the Canadian town of Edmonton.

Toni Delatorre, 28, set off from Anchorage to Buenos Aires on June 19 on an adventure and a voyage of self-discovery as well as with the hope of raising some money for the Red Cross.

"I said this would be a good way to experience real life and meet people in the process and kind of figure out what I want to do in life," he told CTV Edmonton.

Experiencing real life, however, has now included having to deal with the theft of his black Surly Long Haul Trucker which was left outside in Edmonton and had its lock cut.

But, undeterred, Toni says a little thing like the disappearance of his bike will not prevent him from continuing his trip: "The thing that got stolen was my bike not the will to keep doing this. I'm not going to stop," he said.

And it seems that Toni’s determination to overcome the setback has touched the local cycling fraternity. After his plight was reported by local media, yesterday an Edmonton bike and sporting goods shop, United Cycle, generously offered to set him up with a new machine (and hopefully a decent lock) so that he can continue the journey.