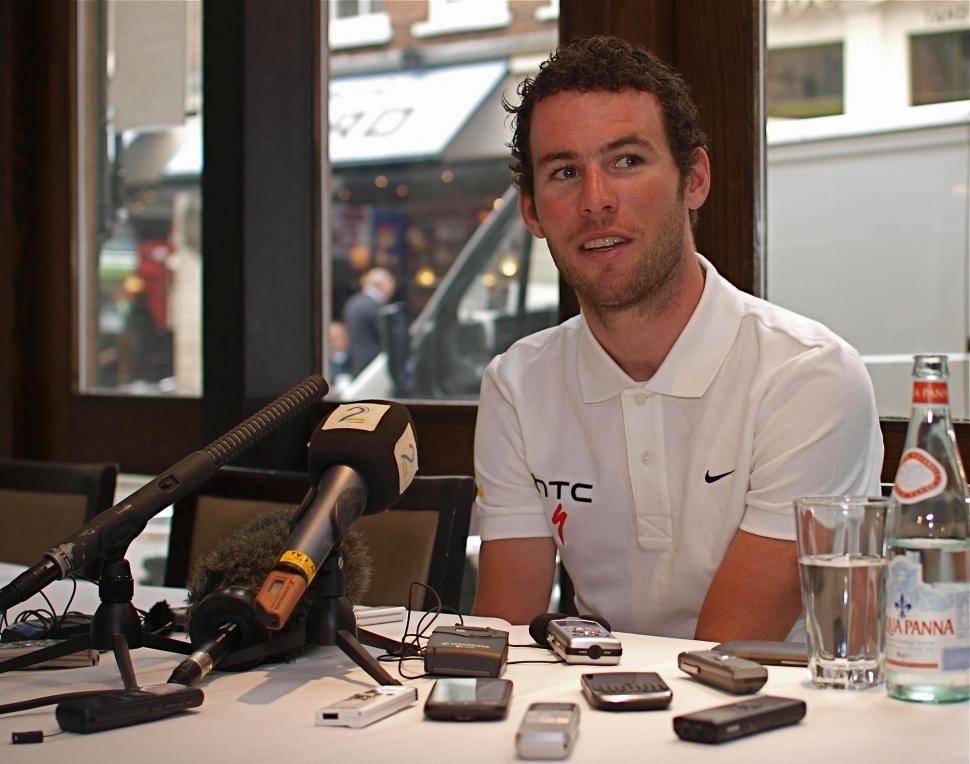 Mark Cavendish is this evening celebrating not only his third Champs-Elysées stage win in three years, but also becoming the first British rider to win the green jersey in the Tour de France after near misses in the previous two editions, saying, "I finally got it, but it didn't come easy."

Despite winning four stages of this year’s race before today, Cavendish had a lead of just 15 points going into today’s final stage over the Movistar rider Jose Joaquin Rojas, after being docked 20 points for missing the time limit on Thursday’s stage to the Galibier.

Cavendish picked up an extra two points on the Spanish rider at today’s intermediate sprint, and with HTC-Highroad’s lead out train at the front of the race at it headed under the flamme rouge, the Manxman got a perfect leadout from Mark Renshaw, who had taken over from Matt Goss, to win.

With Cavendish's team in control at the front of the race, Rojas didn't figure in the final sprint and came home in 21st place, out of the points.

Speaking of the jersey that Thor Hushovd had beaten him to in 2009 and which he had been pipped to by Alessandro Petacchi 12 months ago, Cavendish said: "I really had to fight for it all the way to the last finish line and I'm very tired, but it was worth all that effort."

As ever, the 26-year-old Manxman was quick to praise his HTC-Highroad colleagues, saying: "I had eight fantastic team-mates around me all the way, they kept working with me, I was close to getting it for the last two years and now it's finally here.

"I'm so happy, it's incredible,” continued Cavendish. “It's a great way to finish the Tour and a super, super emotional day."