Shimano have confirmed that they will be introducing a Di2 digital shifting option on their second-tier Ultegra groupset for 2012 to run alongside the existing Dura-Ace range and we've had a look at it. The Ultegra equipment will not be compatible with the DA system but it will be much cheaper and, Shimano claim, just as reliable.

Rather than adapting Dura-Ace Di2 to hit a cheaper price point, Shimano have designed Ultegra Di2 – the 6770 system – more or less from scratch. The systems share many similar features and use the same lithium ion battery and charger, but you can’t use Dura-Ace shifters with Ultegra mechs or vice versa.

Shimano say, "The advantages of Di2 (Digital Integrated Intelligence) are clear for everybody who has tested it: changing gears becomes easier, effortless and faster by simply touching the shift buttons. Control at the top of your fingers. Additional benefits include an automatic trimming front derailleur, unmatched precision plus super easy installation and adjustment."

The Ultegra system looks a lot like the Dura-Ace version although the brake levers are aluminium rather than carbon fibre. It's also has to be said that while Di2 Ultegra may not be compatible with existing Di2 Dura Ace, from the conversations we had with the Shimano tech types at the launch it would seem there is every possibility it might be compatible with future versions of Dura Ace Di2. They seemed convinced that the system they have devised for Ultegra Di2 was the way to go for the future. As with Dura-Ace, the rear mech comes with an electronic gear adjust which is an inner saver function that prevents damage should a fault occur. In the event of a crash or a heavy impact during transportation, for example, the motor disengages from the system to protect it. 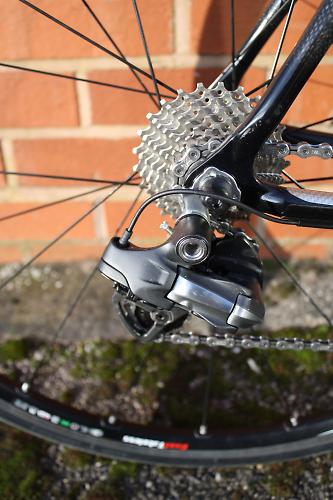 The Ultegra system uses different electric cables to Dura-Ace, though. They have only two core wires whereas DA has four and the connectors have a diameter of only 5.1mm against 8.8mm for DA. This means manufacturers can use smaller holes in their frames for internal cable routing, having less effect on the structural integrity. Plus, the maximum sprocket size for use with the Ultegra rear mech is 28-tooth, one higher than with Dura-Ace. 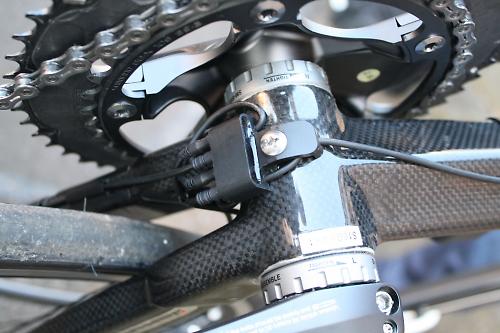 Di2 has been around since 2009 and the vast majority of Shimano’s professional riders now use it rather than mechanical shifting. A major hurdle for amateur riders, though, has been the cost. Bought separately rather than as part of a complete bike, you’re looking at over £1,800 for the Dura-Ace Di2 system.

The Ultegra setup will be much, much cheaper. Although figures have yet to be set, the price is likely to be about the £1,000 mark; possibly less than a mechanical Dura-Ace system. All that, though, is far from confirmed. Why might you still prefer to buy Dura-Ace, then? Well, if you’re weight obsessed, the DA system is a little lighter. The Ultegra Di2 levers are 313g (versus 255g for Dura-Ace), the rear mech is 270g (versus 225g), and the front mech is 162g (versus 124g). With a 71g battery for each system, the total Ultegra Di2 weight is 816g whereas Dura-Ace is 675g. So you’ll pay twice as much for DA and save 141g. Even the most ardent weight weenies out there are going to find it hard to justify that one – especially as a mechanical setup is lighter than either. 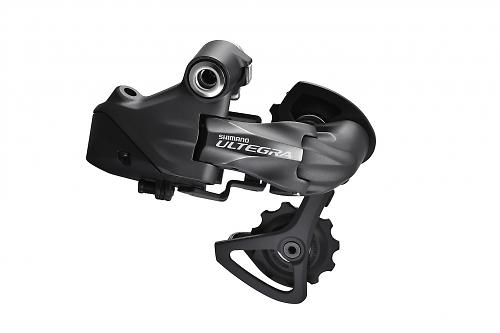 We’ve used the Dura-Ace version of Di2 on a number of test bikes and have found it to be superb throughout. Yes, it’s a little heavier than a cabled equivalent but you get fast, smooth and accurate changes every time and it’s absolutely effortless; you just touch the lever lightly and it shifts. It works in all weather and, depending on how often you actually shift gear, you get about 1,000 miles between charges; you’re never going to run out of juice on the road. You can recharge the battery up to 500 times. 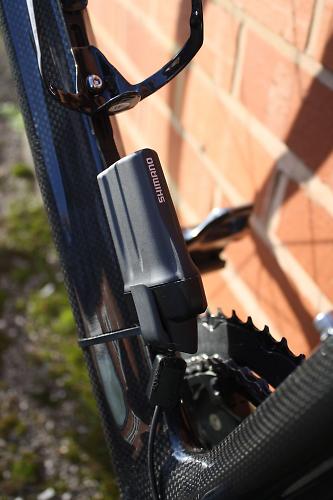 Shimano haven’t released exact prices for Ultegra Di2 yet although they have said that it’ll be available in the autumn. We also expect to see a fair amount of Ultegra Di2 specced as original equipment on higher end bikes – we already know that Bianchi will be offering it as a option on some of their 2012 range. The Ultegra Di2 components will be exclusively available in the new Ultegra glossy grey finish. 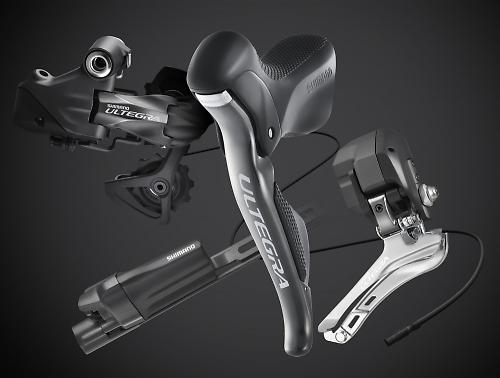 Campagnolo have yet to release any news of their rival electronic shifting system. All we know is that the Movistar pro team are using it throughout the season but we have no news on a release date or prices. The Italian brand had better get a shift on, though, because with Shimano about to make their second launch into the market, it's going to be increasingly difficult for them to get a slice of the action.