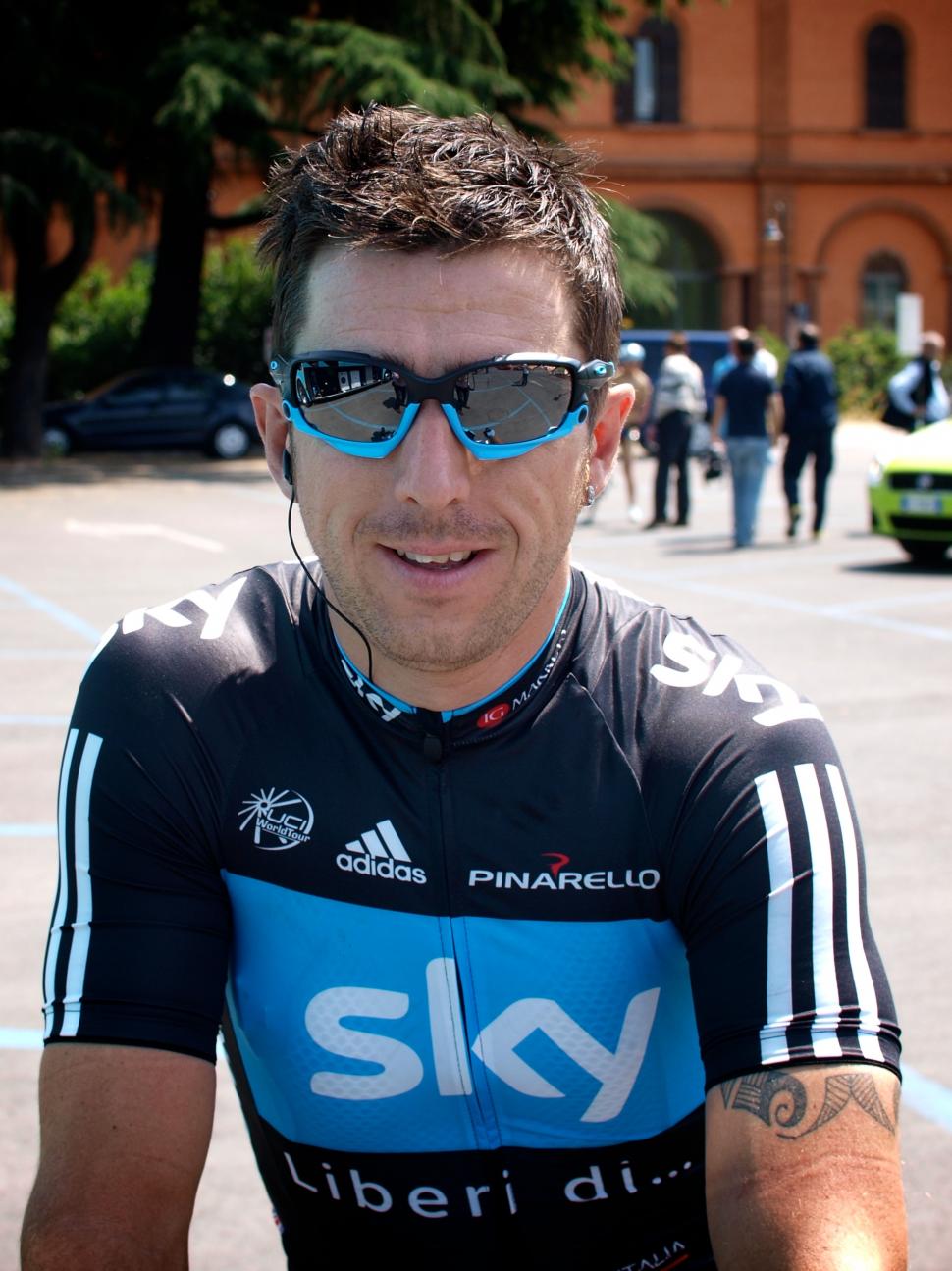 Russ Downing of Team Sky has started today’s penultimate stage of the Giro d’Italia, his maiden grand tour, despite being taken to hospital yesterday following a 20-metre plunge into a ravine on the descent of the Mottarone.

According to the Team Sky website, the 32-year-old went over a crash barrier after a rider ahead of him made a mistake, in an incident reminiscent of the one that left Rabobank rider Pedro Horrillo in a coma during the 2009 Giro and led to his retirement from the sport.

Downing’s crash also comes at a time when rider safety is under close scrutiny following the death of Leopard Trek rider Wouter Weylandt on Stage 3 of this year’s race.

The Team Sky rider lived up to his 'Fonzy' nickname by keeping his cool and somehow managed to finish the stage, crossing the line as the final rider home just inside the time limit, and was then taken to hospital for tests.

He told the Team Sky website: “I was pretty lucky really. There was a Rabobank rider immediately before me who overshot the corner, and that meant that I was catapulted sideways. I hit the barrier and then went straight over it and down about 20 metres into the woods. My bike went even further than me but fortunately I hit a tree, which stopped me falling even further.

“After dusting myself down I managed to scramble up the slope with some help from the fans and get back on my bike, but the fall had broken my shoe plate, which offset my balance, and I crashed into the barrier again about two corners further down the road.

“That completely broke my bike, so I had to wait for a spare, and then 5km later I had to change my shoe before I could sprint back on to the grupetto and then climb the last 28km to the finish.

“I was happy to finish but we’ll have to see how I shape up for tomorrow now. It’s dependant on what the doctors have to say, but I would really like to start,” added the Yorkshireman, whose performance in winning the 2009 Tour of Ireland while with CandiTV-Marshalls Pasta had helped secure him a place in the new Team Sky ahead of its 2010 debut.

With the Gazzetta dello Sport reporting that all 159 riders who finished yesterday’s stage left Verbania this morning on Stage 20, it appears that Downing, eighth on Thursday’s Stage 18, has managed to convince the medics that he is up to today’s 242km ride, which includes a climb of the Colle delle Finestre ahead of a summit finish at Sestriere.

“I’m feeling pretty rough and have given my ribs a fair old crack,” Downing admitted yesterday. “I’m coughing a bit of blood up, which is never a great sign, but I’ll survive. I’ve worked really hard to get here and it would be a shame if I wasn’t able to make it to the finish line now.”