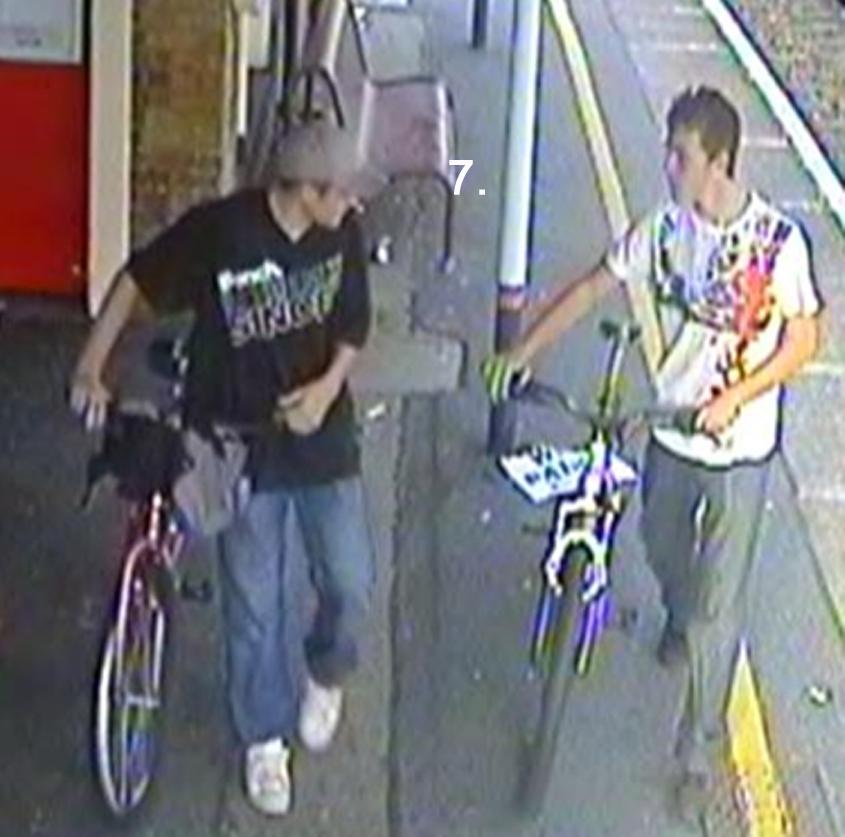 British Transport Police in Southampton have released a ‘Top Ten’ series of images of suspects that they would like to question in connection with bike thefts at railway stations in and around the Hampshire town and are appealing to the public to help track them down.

The images, which can be viewed here, together with details of the incidents to which they relate, show a dozen suspected bike thieves, all of them young males.

Anyone with information about any of the men pictured is asked to contact British Transport Police on 0800 40 50 40 quoting reference B9/LSA of 3/5/11 as well as the photograph number.

Inspector Mick Morriss of British Transport Police said “Officers investigating each of these ten cases have made enquiries, followed up numerous leads and circulated the images on police intelligence systems in a bid to identify these people, but to no avail so far.

“We are now asking for the public’s help to identify these twelve people. If you know them we want to hear from you.”

He continued: “Unfortunately cycles are a popular target for thieves but there are several steps people can take to ensure their bikes are adequately marked and secured to help reduce the risk of becoming a victim of bike theft.

“The best thing to remember is to register your bike and also to ensure a solid lock is used to secure it. If a bike is adequately marked, it makes it much easier to identify and therefore reduces its desirability to thieves.”

BTP officers hold cycle crime awareness surgeries at railway stations across Hampshire and elsewhere in the South of England to give advice on preventing bike crime.

Each fortnight, they also analyse the current bike theft hotspots and target them through covert and overt operations to try and catch the thieves.

Inspector Morriss added: “We will continue to work closely with South West Trains to proactively tackle cycle crime and passengers should report any suspicious behaviour to a member of staff or police.”