£259 isn't the kind of money you'd expect to pay for a decent bike. At a price that low you're generally getting a mish-mash of compromised components on a very basic frame. Strip a bike down to only the absolute essentials though and it is possible to put together a good-quality machine. And that's what Chain Reaction have done with the Vitus Vee-1.

"Isn't that a mountain bike, road cycling website road.cc?" might be your first question when you see the Vee-1, and fair enough, it is. Kind of. It does have MTB geometry, super-wide riser bars and 26" wheels. And it's in the mountain bikes section on the Vitus website. On the other hand though, it has road gearing (a 42/18 setup giving a 60" gear) and semi-slick tyres. Vitus themselves describe it as an 'urban attack machine' - "Tough, versatile and built with simplicity in mind, it's the weapon of choice for street warriors whose daily mission is to tackle whatever the city can throw at them", they say. 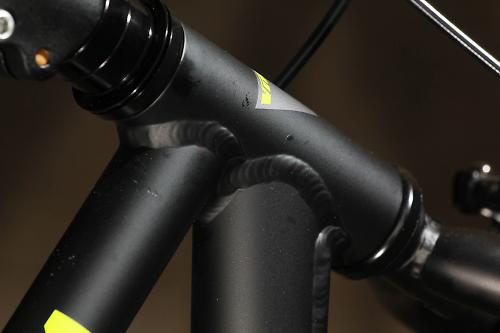 Because Vitus haven't spent any money on gears, or disc brakes, or suspension forks, your money goes on decent quality kit. The frame itself is Aluminium, solidly built with rear-facing slot dropouts and a gusset under the down tube. That's mated with a rigid steel fork; both frame and fork have mudguard mounts and there's rack mounting points on the frame, and double threads in the rear dropout. If you want to fully urbanise the Vee-1, that's no problem. 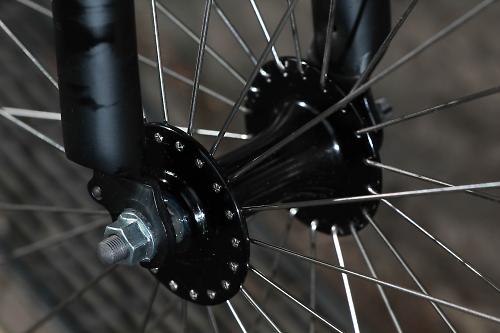 The wheels are Joytech hubs laced to black anodised Aluminium rims; the front is radially spoked and both front and rear are 36-spoke affairs. They're not light, especially with the 26x1.95 semi-slick city tyres, but they're going to be pretty difficult to bend, we reckon. 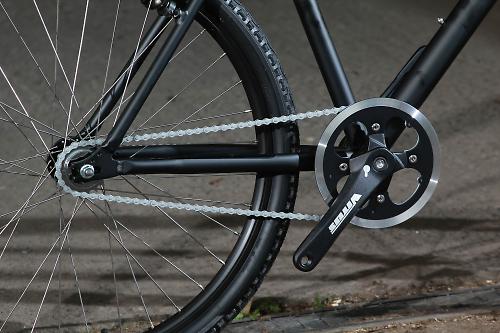 Transmission duties are taken care of by a Vitus-branded 42T messenger chainset (ISIS bottom bracket) complete with a bash/trouser guard. There's an 18T freewheel to the rear and a 1 1/8" galvanised chain connecting the two. Everything runs nice and smoothly, and it should be a super-low maintenance setup. 60" is a nice compromise gear for a bit of climbing ability while still being able to hack along on the flat at a decent lick. If you live somewhere flat it's a simple job to downsize on the freewheel. 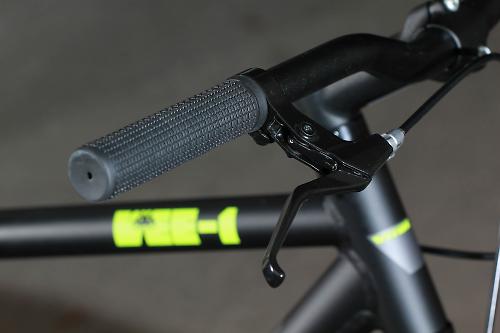 Braking is taken care of by unbranded V-brakes pulled by big four-finger levers on the massive riser bars. The alloy rims aren't machined on the braking surface but even so there's plenty of stopping power on offer. Contact points are never a strong point on a bike this cheap: The saddle's okay but the grips are thin and hard, and the pedals are so cheap looking we didn't even bother with them, sticking on some basic Wellgo flats we had knocking around instead. Overall weight at 11kg (24.3lb) is very manageable for day-to-day riding. 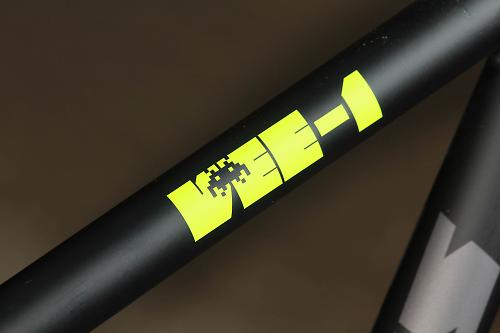 We'll be putting the Vee-1 through its paces over the next few weeks, and it's going to have to handle a variety of terrain, from tarmac commutes to some proper mountain biking. It looks like it could be the kind of bike that'll give anything a go... stay tuned to find out how we get on!