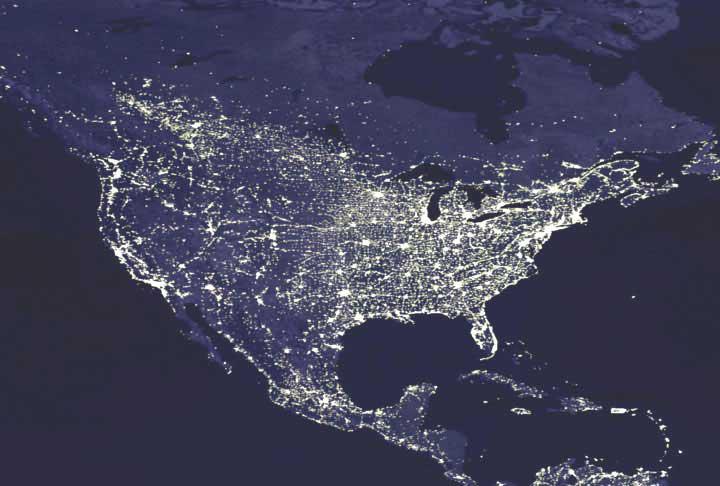 A woman set to move house from one coast of the United States to the other made a “spur of the moment” decision that rather than driving or taking a plane from New Hampshire to California, she’d instead use pedal power for her transcontinental journey, despite never having ridden more than 75 miles in a day previously.

Heather Senecal, aged 24, began her 2,800 coast-to-coast journey on February 12, although with the northern United States still in the grip of winter, she first headed south to Jacksonville in Florida to benefit from better weather during her ride.

Her fiancé Chris Werner, whose new job with Apple was the reason for the move, had already headed to their new home in Willow Glen, San Jose, California, taking their pet parrots, cat and rat with him.

Senecal undertook her trip on a Jamis Aurora Touring Bike towing a BOB trailer, and admits that she “was looking for an adventure," reports the San Jose Mercury News.

After symbolically dipping her bike’s rear wheel in the Atlantic on February 12, Senecal started out on her journey and immediately hit a problem familiar to anyone who’s ever made the switch to clipless pedals.

"I hooked up the trailer with 60 pounds of gear, put on my brand-new cycling shoes with clips, got on my brand new bike I'd never ridden and tipped over.

"I could not pull the trailer, and I'd never used clip-on shoes before and I couldn't unclip myself. I kept falling.

After covering just 25 miles on her first day’s riding, she confesses, “I didn't know if I could do it."

Perhaps sensibly, she stopped by the home of a friend and got familiar with clipping in and out and riding the bike with the trailer behind. "Eventually you learn," she explains. "Balance is the hard part."

After recommencing her journey, she averaged 60 miles a day, spending between eight and ten hours in the saddle, camping or staying with people she met online.

On her trip, she encountered few hassles, saying that in the main, "everyone was very nice to me, [even] the cops. I think being a girl helped. I got a lot of free food. People gave me mace, and I accumulated weapons” – not specified – “as I rode. People took me into their homes and gave me free food."

Senecal reveals that the toughest day, towards the end of her journey, "was definitely coming out of Death Valley. It was 105 degrees that day, so I started at night time. I got up at 2 a.m. and got on the bike and for a while it was flat, but then I had to climb 5,000 feet—12 hours of going uphill.”

After walking her bike halfway up the ascent, she realised that there was another climb between her and the town she was heading for, which she said was a crushing experience. "Twelve hours of climbing and I was crying and freaking out on the side of the road."

A passing group of middle-aged motorcyclists undertaking a tour in motrohomes stopped to check she was okay, but Senecal told them “'I'm fine, leave me alone.'" However, one returned to give her a cold drink and eventually she joined them for a barbecue that evening.

She says that the best day of the trip came in New Mexico, when "Chris surprised me just outside Albuquerque. I was going down the road and this car pulls up 100 feet ahead of me and I said, 'Oh crap.' "These guys had been harassing me, but then I saw it was Chris."

Towards the end of her journey, once in California, the cyclist decided to take a more direct route to her destination, but was quickly pulled over by a policeman on the freeway. He called a friend who owned a pick-up truck, and who treated her to a flight in his plane so she could get an overview of the countryside she’d been cycling through, an experience she describes as “awesome.”

On 8 April, just under two months after she had dipped the rear wheel of her bike in the Atlantic, it was the front wheel’s turn to be bathed in the Pacific.

Looking back on her adventure, Senecal, a hairdresser by occupation, says she’s glad she didn’t know in advance how difficult a task she had set herself.

"The whole way through I had second thoughts. I wanted to call Chris so many times and say, 'This isn't fun.' "I really love biking, but the entire trip there wasn't one day where I said, 'I really love this.' "

She’s now looking for a job and enjoying being off the road. "Right now I'm hanging and cooking a lot," she admits. "It's nice to have real food."