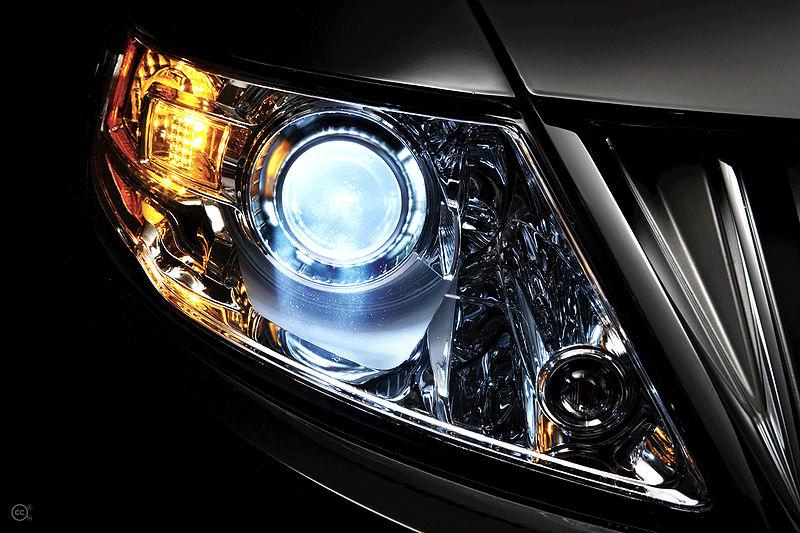 A London taxi driver has launched a campaign against High Intensity Discharge (HID) headlights, which he says create a hazard to other motorists, dazzling them and making it difficult to see other vehicles as well as vulnerable road users such as cyclists and pedestrians.

Ken Perham, aged 60, who has been driving black cabs on the capital’s streets for nearly four decades, has launched an online campaign, called Lightmare, to publicise what he sees as the danger of HID headlights, also called bi-xenon, reports the BBC.

His campaign aims to bring about stricter regulation and safety testing of the headlamps, which he says are also responsible for a kind of arms race as cyclists equip themselves with more and more powerful front lights to try and remain visible.

“This escalating light madness caused by vehicles is forcing cyclists to use powerful front and rear flashing LED lamps in an attempt at self preservation, but unwittingly they making it collectively worse for everyone creating a ligtmare,” he says on the organisation’s website.

Mr Perham cites the case of one cyclist who announced on a cycling forum that he had bought a 2,000 lumen front light that resulted in oncoming cars pulling over, describing it as the “best 300 quid I ever spent! Get One and Get Even!”

But, Mr Perham says, “Should cyclists have to spend £300 to defend themselves against cars and trucks thus escalating the lightmare?”

Talking to the BBC about his campaign, Mr Perham says: "Without a doubt, the lights are intimidating you so badly that you have to change the way you drive and that isn't right," Mr Perham says.

The BBC reports that in 2009, some 365 accidents occurred as a result of dazzling headlights, three of them resulting in fatalities.

The law currently requires that headlights should not be used in a manner that dazzles other road users, but HID headlamps are at least half as bright again as existing halogen lights.

While the latter give of a soft, yellowish light, HID headlights emit a much brighter, bluish white light that even when dipped can appear equivalent to halogen lamps on full beam.

Although they undoubtedly provide a benefit to drivers who use them, lighting up more of the road ahead, Mr Perham, whose campaign is supported by the Driving Instructors Association and the British Motorcyclists Federation, as well as national cyclists’ organisation CTC, is worried about their effect on other road users.

His concern is also endorsed by Geoffrey Roberson of the Association of Optometrists, who says: "They [motorists who have halogen lights] are not going to see as well or as far because their headlamps aren't as powerful - and they are going to have extra glare and discomfort that's produced by the HID headlamps.

"The consequence of that, maybe, is that they are less able to see pedestrians, cyclists, that sort of thing.”

He added that the problem could be exacerbated among older drivers such as Mr Perham himself.

"We know the older age groups suffer more from glare-related problems so [as HIDs are brighter] they will get more dazzling glare."

That claim is backed up by a 2002 study by researchers at the University of Kansas that found that older drivers were more likely to suffer glare from HID headlamps than younger motorists.

It added that “Glare is proportional to headlamp brightness, however, so increasing headlamp brightness also increases potential glare for oncoming drivers, particularly on curving two lane roads,” and that “The increased light projected by HID headlights is potentially valuable, but serious questions remain regarding how and where it should be projected.”

Paul Everitt of the trade body the Society of Motor Manufacturers and Traders, said that Mr Perham’s concerns were groundless and that HID headlamps, far from causing danger, were an important safety feature.

"High intensity lighting [headlamps] have been solely developed to improve road safety - they are part of what is a quite sophisticated lighting system,” he insisted.

"They are designed to ensure that the light is focused on the road. I think glare is a problem for all road users so I don't buy that [HID headlamps] are more dazzling, or more likely to dazzle, than any other headlamp."

A distinction has been made by some campaigners against HIDs in countries such as the United States, however, between those fitted as original equipment (OEM) to a vehicle when it is first delivered to the purchaser, and those bought as aftermarket parts, which are claimed to often be of inferior quality.

Given the fashion among some younger motorists to modify their vehicles and temptation to cut costs where possible to achieve the desired look for their vehicles, that is likely to provide a further cause of concern for campaigners against HIDs.