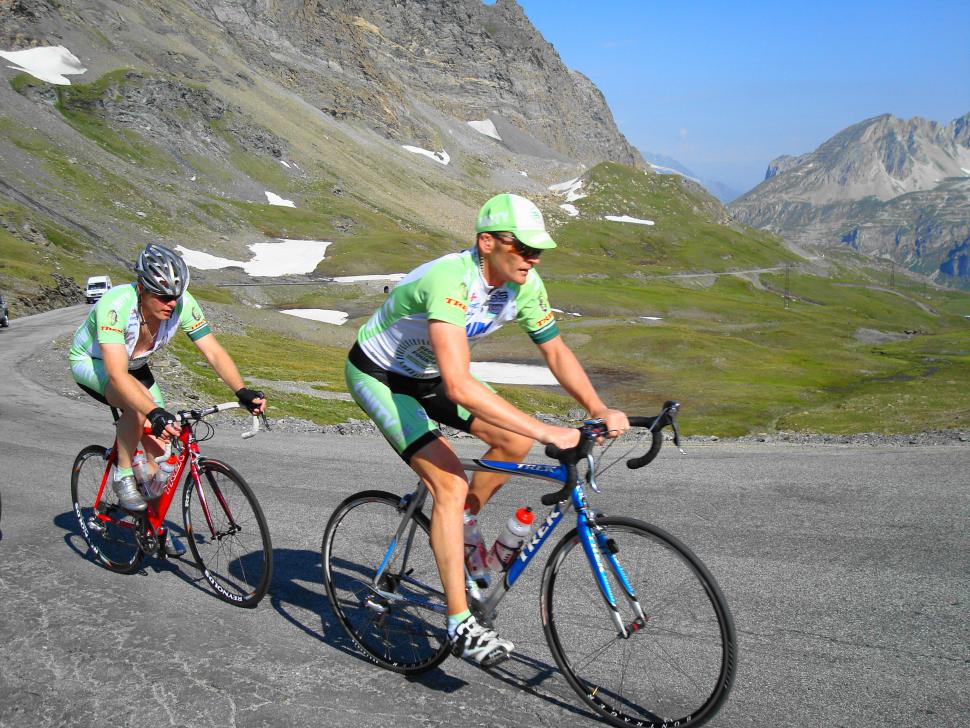 Is this the ultimate charity cycle ride?

Former England and Crystal Palace footballer, Geoff Thomas, is calling on the nation’s cyclists to join him in riding the Virtual Tour de France to raise funds for the Geoff Thomas Foundation (GTF).

Thomas has twice ridden the route of the Tour de France to raise funds for the GTF which is trying to fund blood cancer nurses at six hospitals in Birmingham, Nottingham, Oxford, Cambridge, London and Manchester. The Foundation also campaigns for improved treatment for blood cancer patients.

The Tour de France is a 2,175 mile test of spirit, strength and endurance and now, between April and September, cyclists across Britain can take part in this epic ride with the GTF.

The idea is for friends and work colleagues to ride the Tour de France distance on exercise bikes in the gym or on their own bike out on the road. Teams can share the 2,175 miles as long as they complete the challenge within three weeks.

Thomas, who to date has raised around £1million, said: “Since riding the Tour de France lots of people have told me they’d like to have a go but they haven’t got the time to do the whole route themselves. With the GTF Virtual Tour de France, it’s possible to share and complete the Tour distance at home with your mates and have some fun while doing it. We’re hoping people will be able to get sponsorship for their assault on the Tour mileage and help improve treatment for blood cancer patients.”

Prizes, including a visit from Geoff Thomas or an England rugby international player, will be up for grabs for the top two fundraising teams. All teams entering the challenge will receive a GTF cycling jersey signed by Geoff and a signed copy of his book ‘Riding Through the Storm’.

Anyone wishing to join the GTF Virtual Tour de France should contact: becky [at] geoffthomasfoundation.com or call 07796 681299 for a fundraising pack.