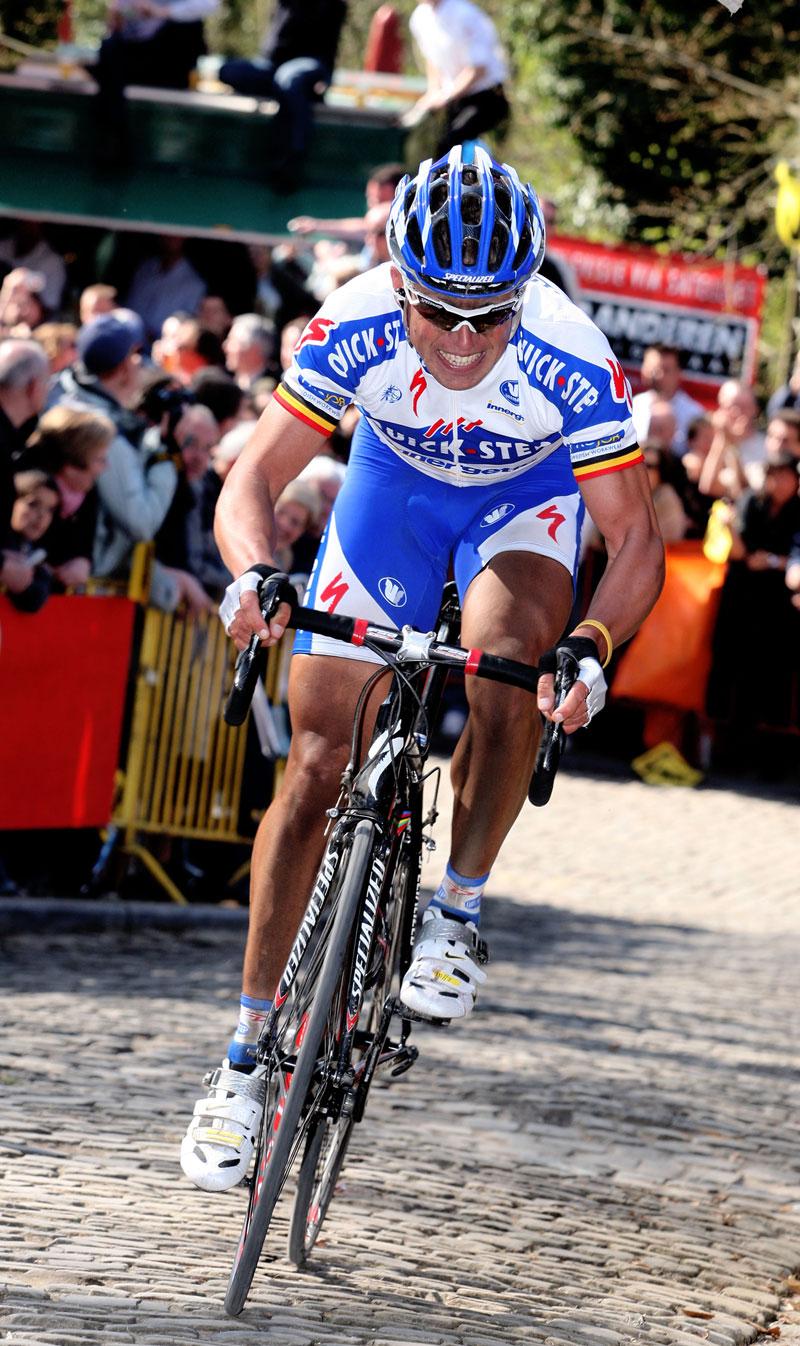 History repeated itself in the Tour of Flanders today when for the second year running Stijn Devolder (Quick Step) broke away in the final kilometres to take the win. Afterwards Devolder, not unnaturally said that he would continue to concentrate on this race in the future too.

Devolder's team mate and fellow countryman, Tom Boonen was the last man to take back to back wins back in 2005 and 2006 but today he and the other pre-race favourite Filippo Pozzato (Team Katusha) effectively cancelled each other out, each marking every move the other made. Boonen though was always near the front and the focus on him made things easier for Devolder and Sylvain Chavanel. At one point in the closing stages of the race three of the seven riders in the leading group were from Quick Step.

In the shakedown on the Muur a four man group made of up of Devolder, and Chavanel (Quickstep) Qunziato, and Preben Van Hecke (Topsport Vlaanderen-Mercartor) held the lead Devolder then attacked on the climb and to the fury of Quinziato, but surely not his surprise, Chavanel declined to work to bring him back and Van Heck had already been dropped, although he then caught and passed Chavanel and Qunziato before the trio finally came together for the final kilometres when at one point it looked like Quick Step could be on for a one-two.

Devolder made good his escape and with 5km to go was a minute up on his pursuers and barring a mechanical the race was his. The drama however did not finish with Devolder crossing the line. In the final approach the chasing Chavanel-Quinziato-Van Heck groups was swept up by the peloton and it all shaped up for a sprint for second place. Anticipating this Heinrich Haussler (Cervelo Test Team) attacked at the death to take second place, behind him his team mate Thor Hushovd veered across the road taking out an Astana rider which resulted in an almighty crash. Phillippe Gilbert picked up the pieces to take third place and ensure there were two Belgian riders on the podium much to the home fans' delight.

Nicole Cooke was fourth in the women's race behind  Ina Teutenberg of Team Columbia-Highroad who won in a sprint finish from  Kirsten Wild (Cervelo TestTeam) and  Emma Johansson (Red Sun Cycling Team). Up until the final kilometre it had looked like Marianne Vos (DSB Bank - LTO) would claim back to back world cup wins with a solo break, but the chasing group proved too fast and swept her up on the final bend.