Pinnacle 2012 range launched – new road, hybrid and do it all cyclocrossers star

We pick some highlights from the new range
by Tony Farrelly

In total Pinnacle have four road bikes this year - the three bike Dolomite range and the women specific Gabbro, all are aimed at the more budget conscious rider and those looking for a first road bike. The Dolomites are are all built around the same semi-compact double butted 7005 aluminium frame and Kinesis carbon fork with alloy steerer. Frame geometry looks pretty parallel with maybe a slightly more relaxed head angle and we'd expect them to give out a fairly stable road going experience. Interestingly although the Gabbro is a women specific bike the Dolomites aren't gender specific - they are designed to work for male or female riders.

Entry level model is the Dolomite One at £549.99 that buys you a non series Shimano 2300 8-Spd drivetrain which combines a 50-34 chainset with a 12-25 rear cassette. The Dolomite Two comes in at £799.99 and that gets you an upgrade to Tiagra 9-speed plus an FSA Vero Compact chainset, be interesting to know whether this will switch to 10spd as the newer version of Tiagra comes on stream. 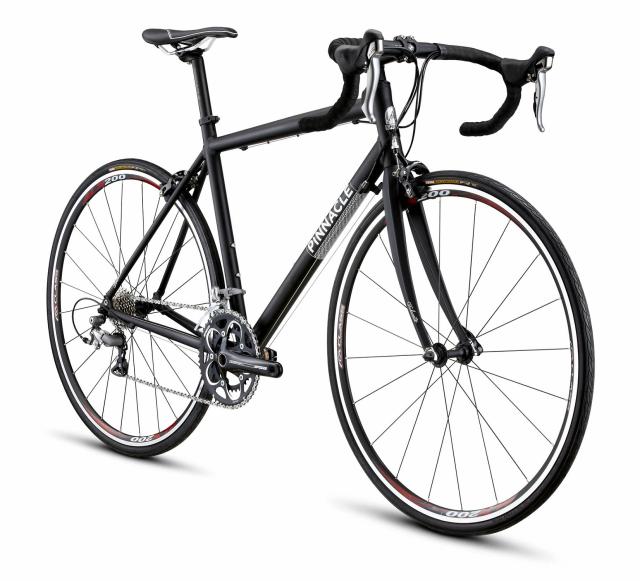 Top of the tree is the Dolomite Three which sports a mainly Shimano 105 10spd drivetrain which also includes an FSA Gossamer Compact chainset. The Dolomite Three comes in at a cycle to work scheme friendly £999.99. 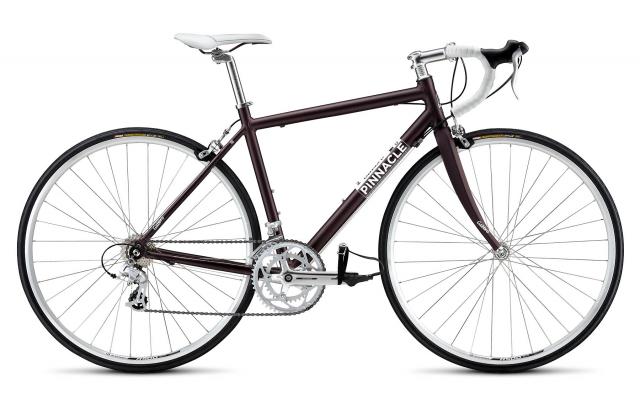 The new Gabbro is intended as a fast, comfortable first drop bar bike for women looking for something that will do for both commuting and sportive riding. The Gabbro looks to be slightly more compat than the Dolomites with a shorter top and possibly a slightly shorter seat tube too – although without a gander at the geometry it's hard to be completely sure. In truth the spec package doesn't look that different from the Dolomite One, you get the same Kinesis fork and the same wheel package, Alex rims on Joy hubs, you do get an FSA Tempo  compact chainset for the extra £50 it costs over the Dolomite though.

The Gabbro and Dolomite bikes will be available from early June. 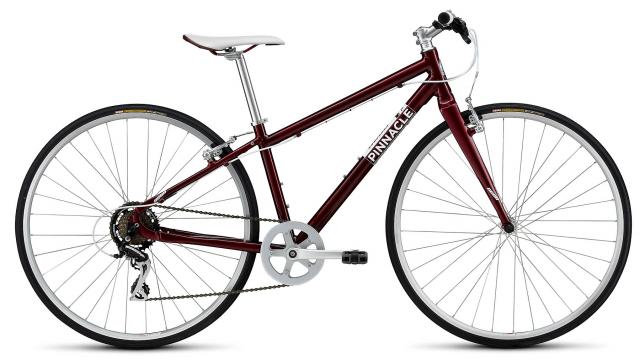 Like the Gabbro the Neon One Women's is a good looking addition to the new range - the colour reminds us of the Charge ???, that and the super-compact geometry, there the similarity with the Charge ends because because the Neon 1 in both men's and women's versions has gears – seven to be precise. This isn't one of the new breed of sleek looking hub-geared machines, the Neons have come with a Shimano Acera derailleur and with a go anywhere 14-34 cassette matched up to a 42T crankset. These bikes are designed to be low maintenance fast hybrids for urban riding, although we can't help thinking they'd be more low maintenance if the gearing came via a 7 speed hub. Stopping comes courtesy of a set of mini V-brakes. It's basic but it's not bad for £399.99 and that spread of gears should be more than ample for most city riding.

Pay an extra £100 for the Neon Two and you get an 8-spd triple and Tektro Novelo cable operated disc brakes - we'd be tempted to spend less for the lighter Neon One. Or for £699.99 you can have the Neon Three which comes with a 9 speed Shimano Sora drivetrain with a racier 11-25 cassette matched up to an FSA Tempo compact chainset, stopping should be pretty sharp courtesy of a set of Tektro Auriga hydraulic discs.

We'd really like to see a singlespeed or maybe a 2-spd kickflip version of the Neon - now that would be fast and low maintenance. In fact there are no singlespeeds in the new Pinnacle range, when Evans first launched their in-house brand we're pretty sure their first model was a fixed, it will certainly be interesting to see how things develop with Pinnacle in the coming months - Evans have just signed up James Olsen the man who did such excellent things with Genesis… now he like a singlepeed around the place. 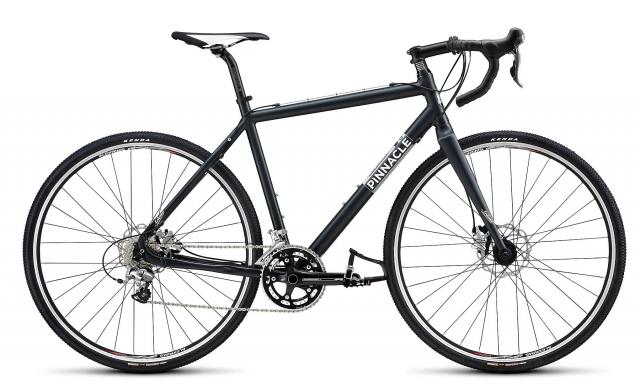 He also likes a 'cross bike and Pinnacle now have a new one in their range, the Akrose which replaces the Expede. As we said at the top it's yet another of the new breed of do it all 'crossers. I for one am not complaining - I've always thought these were the type of bike that could do lots of different things for lots of different people.

Evans offer the choice of the Akrose One at £849.99 or the Akrose Two at £999.99. Both are build round the same frameset combination of a double butted Kinesis Alloy frame matched up to an aluminium fork with a steel steerer. The Akrose is launching in to a very competitive niche though with well esablished players like the Specialized Tricross in a wide variety of flavours mixing it with aggressively priced and well put together new comers like the Boardman CX range we looked at last week.

The Akrose One is the all round commuter with an FSA Tempo 50-39-30 road triple pushing an 11-28T Shimano Tiagra 9-spd drivetrain. Brakes are Tektro Lyra cable pull affairs and as you'd expect the frame comes with all the necessary eyelets for a rack and mudguards.

As indeed does the Akrose Two, both bikes also share the same wheelsets Kensa Small Block Eight 32C John Tomack Signature tyres - claimed to be the lightest 'cross clincher tyre available – on Alex AT40 32hole rims plugged in to Joy alloy hubs front and rear, they have the same brakes too. Where the Akrose Two scores is with its 'cross specific 46-36T FSA Gossamer Cross chainset and Shimano 105 12-27 rear cassette, shifters and controls.

1
Cyclist reports four close passes to police... and is told he could be prosecuted
2
Near Miss of the Day 618: Morrisons lorry driver in close pass on two cyclists (includes swearing)
3
German Olympic cycling coach caught on TV making racist comment during men’s time trial
4
Near Miss of the Day 619: Close pass followed by punishment pass gets driver a “stern talking to” from the police – and nothing more
5
Cyclist who killed London pedestrian jailed for two years
6
Pick-up driver who crashed into group of cyclists charged with murder
7
BMX gold for Team GB’s Bethany Shriever, silver for Kye Whyte
8
Adidas’ radical-looking 3D CMPT glasses are super-light... and super-pricey