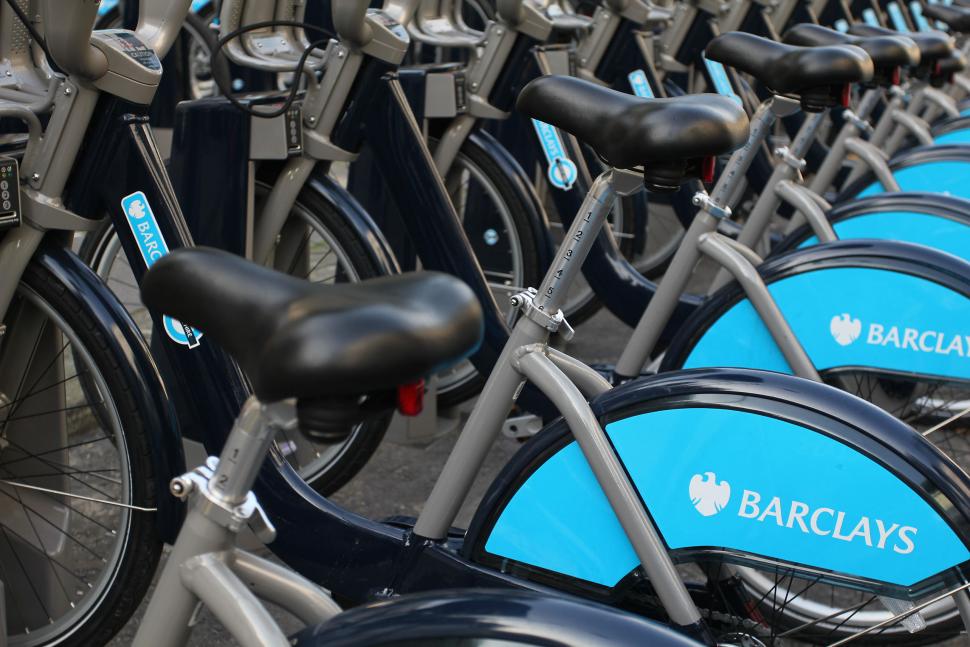 By comparison Paris got through 15,000 bikes in 18months+ here's how video...
by Tony Farrelly

Two thirds of the fleet of London's Barclay's Cycle Hire scheme fleet have had to undergo repairs in the first six months of operation it has been revealed by Transport for London in response to a Freedom of Information request.

In response to the request from the Independent on Sunday TfL says that Serco the company that has the contract to run the scheme is repairing more than 30 bikes a day "as the strain of millions of journeys takes its toll" on the hire bike fleet says the paper. At any one time 181 of the 5400 strong fleet are off the road for repair and 3566 have so far required "mending" and 3 have been damaged beyond repair six docking stations have been hit by motor vehicles and six more vandalised.

It is estimated that London's Boris Bikes have covered 7million miles that equates to an average of 1296 miles per bike - not surprisingly then most of the repairs are due to wear and tear and with some bikes likely to have put in many more than the average mileage items, like chains, and tyres are inevitably going to have worn out. We will be putting in a call to the TfL press office to get a more detailed breakdown (as it were) of the maintenance the bikes have undergone.

London's hire bike fleet would seem to be getting of pretty lightly by comparison with the Paris Velib bikes - Parisians worked there way through the entire fleet in of 15,000 in 18 months with vandalism and er, youthful high spirits playing a part (check out the Velib Extreme video at the bottom of this story). As does the fact that Parisians put a much higher average mileage in to their machines - 10,000Km per year at the last estimate, extrapolating the figures for the first six months of London's hire bike scheme out over a year comes to a slightly less impressive 4200Km although it also has to be said that the Paris scheme covers much more of the city. Even so London's 3 bikes down in six months compares pretty favourably to Paris's 15,000 over 18 months even if the rate of attrition is likely to climb faster as the bikes age.

Certainly TfL has played down the significance of the numbers of its bikes requiring maintenance telling the IoS that the cost has been much less than feared and pointing out that it has not had to pay more than it's monthly standards fee to Serco for operating the hire bike fleet.

"Many of the repairs that take place are minor, such as tightening of brake or gear cables, and do not therefore require bicycles to be out of use for long," a TfL official told the Independent.