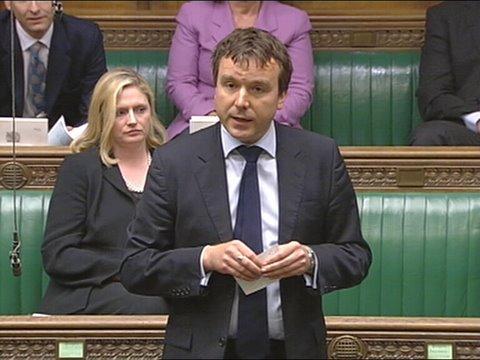 An MP wants to discuss banning cyclists from a section of the A50 in the Midlands with local cycling clubs, reports the Uttoxeter Advertiser.

Andrew Griffiths the Conservative MP for Burton and Uttoxeter made the suggestion in response to a call by the father of a cyclist killed on the road to prohibit cyclists from using it.

Noel Livingstone’s son Gary was struck by a lorry on the A50 at Doveridge in 2008 as he rode home after working a shift Foston prison. The driver of the vehicle, Steven Welsh had been sending and receiving text messages in the minutes leading up to the incident and was jailed for three years for causing death by dangerous driving. He was recently released on licence after serving half his sentence.

On hearing of another cyclist’s death in similar circumstances to that of his son but this time on the nearby A38, Mr Livingstone told the Advertiser that he is “absolutely convinced that there is no defence for not prohibiting cycling on the A50.”

He added: “I spoke to Andrew Griffiths and he said he was intent on pushing the matter further. I said to him that, to me, it is so obvious that a ban on cycling on the A50 was needed and it has to tie in with cycle paths next to the A50 at Doveridge and past Foston prison.

“You don’t hear about cyclists being killed on the M1 or the M6 because they are banned. Why should the A50 be any different? I won’t take no for an answer. A sign should go up saying cycling is prohibited. I know the enthusiasts will say ‘no we can do it’ but they can’t.

“It should be banned from Doveridge to the other side of Uttoxeter. There is just no point in allowing it.”

Andrew Griffiths MP told the Advertiser: “My thoughts are that we should call for an investigation by the Department of Transport and the highways agency to see whether the A50 is safe.

“It is a very busy road and a very tight road. I hope to have conversations with cycling clubs in Uttoxeter and Burton to see how they feel about cycling safety on the A50 and A38 and what could be done to make them safer or ban it altogether.